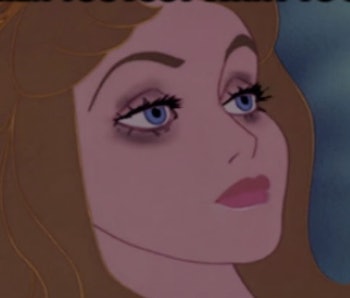 Scientists have a new theory that Attention Deficit Hyperactivity Disorder — known as ADHD — may be intrinsically linked to a lack of good sleep.

Research has already shown that people affected by ADHD often tend to exhibit sleep problems, but Sandra Kooij, an associate professor at VU University Medical Centre in Amsterdam and the founder of the European Network Adult ADHD believes there are enough links between the two issues to merit further study.

“If you review the evidence, it looks more and more like ADHD and sleeplessness are two sides of the same physiological and mental coin,” she says.

Her proposal was presented Saturday at the ECNP Congress in Paris, Europe’s premier scientific meeting for disease-oriented brain research.

According to Kooij, there are many associations between ADHD and sleep issues. Restless leg syndrome, sleep apnea, and circadian rhythm disturbances (the syndrome where someone suffers from a delayed sleep phase) have all been found in people with ADHD.

In 75 percent of ADHD patients, the physiological phase of sleep — when melatonin levels change and sleep-related movements occur — is delayed by an hour and a half, compared to those without ADHD. Body temperature changes associated with sleep are also delayed in people with ADHD.

About 70 percent of adult ADHD sufferers also experience an oversensitivity to light, leading many to wear sunglasses for long periods of time during the day. It’s a habit that — while making you look really cool — Kooij maintains may contribute to the disruption of the circadian rhythm. People with ADHD also tend to exhibit a greater alertness in the evening compared to those who don’t have the disorder.

Kooij intends to study whether sleeplessness could be causing ADHD, or ADHD could in turn be causing sleeplessness. “We are working to confirm this physical-mental relationship by finding biomarkers, such as Vitamin D levels, blood glucose, cortisol levels, 24 hour blood pressure, heart rate variability, and so on,” she says.

If sleeplessness is contributing to ADHD, it opens up the possibility of using non-pharmacological methods to treat the disorder. By focusing on correcting circadian rhythms, patients could improve sleep hygeine through ingesting melatonin at night and bright light therapy in the morning. Rigorous exercise has already proven to be a natural medicine for ADHD, and a there’s currently a movement to replace artificial drugs with regimented physical activity.

Must Read: How to Fall Asleep, According to Science