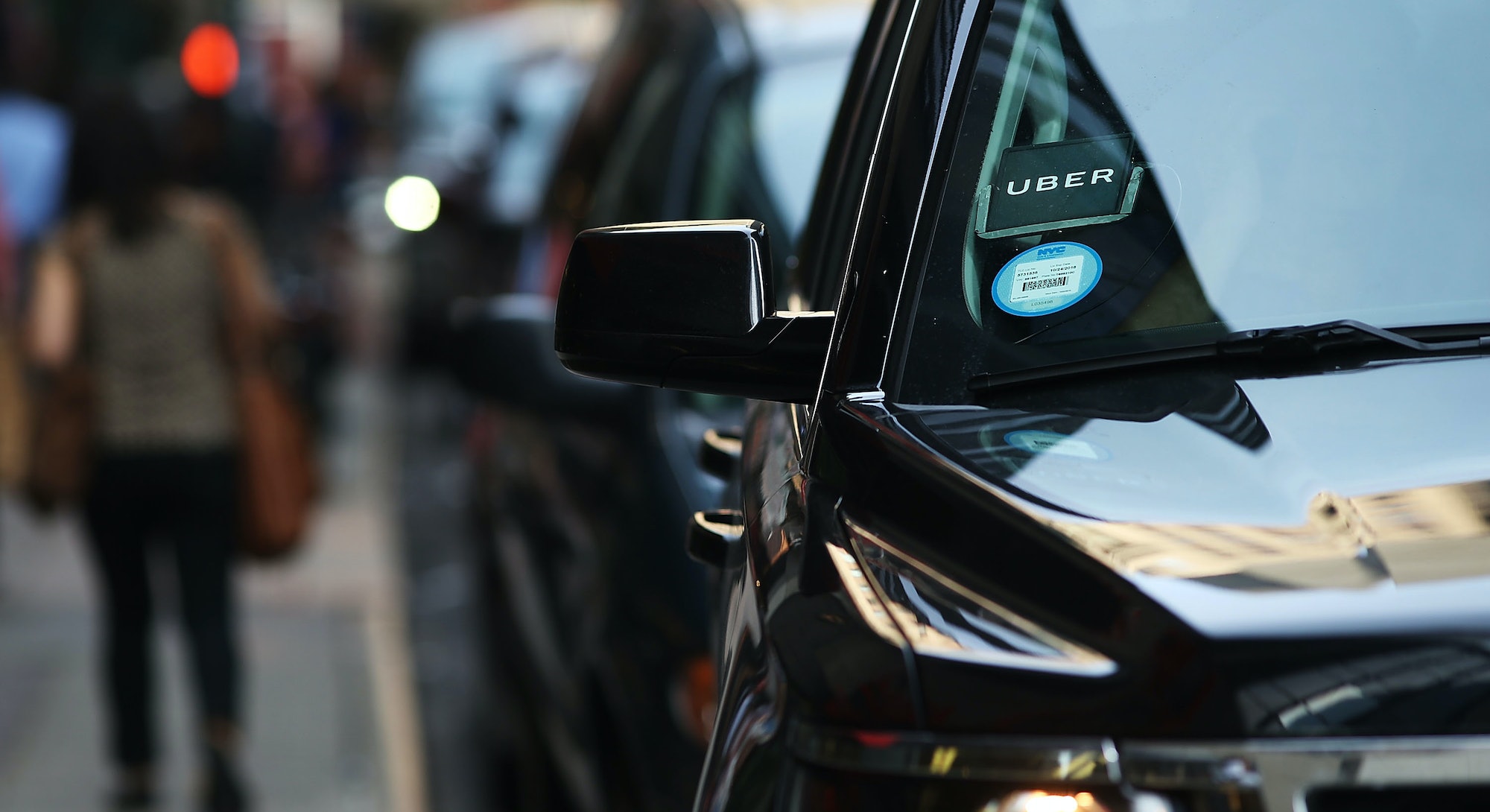 For most big, consumer-facing companies, becoming embroiled in a scandal at some point is unavoidable. But not at Uber, where this year alone, Petri dish of nastiness germinated by executives under Travis Kalanick’s leadership since the company’s founding in 2009 finally matured into a full-blown virus. A seeming outbreak of scandals has dominated the news for the company this year, and it’s only half-over.

One could be forgiven for not keeping up with the latest news about terribly behaved, extremely wealthy technology executives, which is why we’ve briefly run them down below. Viewed as a whole, the list is nothing short of shocking for its diversity of corporate malfeasance. Here are the 50 worst moments of Uber’s 2017, and the year’s only half over. We’ve included a link to read more after each one.

January 17: A survey shows less than half of Uber drivers are satisfied with their experience. Read.

January 19: Uber has to pay $20 million settlement for misleading drivers about how much they could earn. Read.

February 8: A French man sues Uber for breaking up his marriage. Read.

February 14: Murders and robberties of Uber drivers in Brazil force the company rethink allowing passengers to pay in cash. Read.

Fowler’s long, matter-of-fact blog post went viral and brought details of Uber’s sexist “bro” culture into the public eye for the first time. Fowler worked as an Uber engineer between November 2015 and January 2017; in the post, she describes repeated sexual harassment, apathetic and even hostile responses when she sought help from the human resources team, the departure of almost all of the company’s female engineers, and many other demonstrations of sexism and general chaos at the company.

February 22: The New York Times publishes expose on sexism, cocaine, groping, all sorts of bad stuff going on inside the company. Read.

February 23: A couple early investors publish article on how frustrated they are and how Uber’s culture needs to change. Read.

In early February, Waymo — which spun out of Google X to become its own company under the Alphabet corporate umbrella — filed a lawsuit against Uber, alleging that the ride-sharing company stole its design for LIDAR systems and other technology. The lawsuit all centered around one man, Anthony Levandowski, a brilliant engineer who left Waymo to found Otto, a self-driving truck startup that was then bought by Uber. When he left, Levandowski allegedly took a whole lot of proprietary data with him — a staggering 14,000 files — and used it to jump-start Uber’s self-driving car program. The lawsuit began after a weird email mix-up, (it’s possible that someone sent a message to levandowski@waymo, meaning to send it to levandowski@Uber), which started a cavalcade of bad press and legal troubles for Uber.

February 24: An anonymous former employee publishes a story on medium about her own experiences of sexism at Uber. Read.

February 27: Uber’s senior vice president of engineering resigns after failing to disclose his own sexual harassment history when he was hired. Read.

February 28: In the wake of the video, Kalanick sends an emotional, apologetic email admitting for the first time that he needs leadership help. Read.

On March 3, New York Times reporter Mike Isaac nailed the company with a massive, comprehensive expose on “Greyball,” a legally-controversial tool that the company used to evade federal regulators in cities where it was not technically permitted to operate. The tool, in short, allowed Uber to create a fake version of the app that it displayed to users suspected of being cops or other city officials, making it so they couldn’t accurately locate Uber vehicles or catch a ride, preventing them from fining or ticketing drivers and allowing the company to operate in cities like Portland, Oregon, where local taxi regulations made commercial ride-sharing illegal. Isaac’s reporting was a major blow to the company, and launched a federal investigation into the practice.

March 24: An Uber employee on an outing in Seoul, South Korea with colleagues sees another executive hanging out with escorts, after which a woman filed an hr complaint. Read.

March 28: Uber has to pull out of Denmark after failing to convince country to change its taxi laws. Read.

March 29: Uber executive Anthony Levandowski pleads the Fifth during a closed hearing on whether or not he stole Waymo secrets. Read.

April 5: In the words of the New York Post, “an enraged Bronx woman threatened to falsely accuse an Uber driver of rape and assault — after he told her he didn’t have a charger for her phone, footage shows.” Read.

First reported by Tech Crunch, Uber’s “Hell” was a specialized app company programmers used to keep track of the competition, namely Lyft drivers. The app let Uber monitor which drivers were working for both companies (a common trend), and even muck with their experience on the rival app, sending them fake Lyft ride requests in order to frustrate them and switch back to Uber. Until the story broke, it’s unlikely that Lyft had any idea its system was being exploited in this way, and the drivers certainly didn’t know they were being digitally coerced.

April 20: A report on terrible driver retention is published as reportedly just 4 percent drivers made it to their one-year anniversary working for Uber. Read.

April 23: Uber was reported to have tracked users even after they deleted the app from their phones. Read.

April 25: A woman is sues Uber for husband’s suicide (he was an engineer at the company). Read.

May 1: Kalanick cancels an appearance the Recode conference to stay in the office because of the Holder report examining into company culture after Fowler’s February blog post. Read.

May 4: The Department of Justice officially begins a criminal investigation into greyballing. Read

May 3: Waymo basically alleges that Otto was a “fake company” used to steal technology. Read.

May 10: A driver in Florida allegedly picked up three women, dropped off two, and kidnapped and raped the third. The New York Post reports that “he reportedly told her he would ‘kill her and her dogs if she didn’t shut up.’” Read.

May 11: Uber should be regulated as a transportation not a technology service, according to a recommendation by the Advocate General of the European Court of Justice. The court has yet to rule on the case. Read.

May 23: Uber admits it short-changed drivers in New York millions of dollars over the years, has to pay it back. Read

May 27: Kalanick’s parents are in a boating accident. His mother dies. The injury comes up in his letter to employees about Uber’s problems. Read.

May 30: Uber fires Levandowski after he doesn’t cooperate with the Waymo lawsuit. Read.

June 7: Uber executive Eric Alexander is fired after reports show that he obtained the medical records of a woman raped by her Uber driver in Indiea. Read.

In 2014, an Uber driver raped a passenger in New Delhi, India. The driver had already been charged with four other criminal acts, including another rape, so Indians called on Uber to improve its background checks and temporarily banned the company from Delhi. Alexander, however, doubted the victim’s story — he thought an Indian competitor company might have staged it to sabotage Uber — and so obtained a copy of her private medical records and shared them with other company leaders (including Kalanick) until some executives forced him to destroy them. Critics called the incident “a stunning violation of privacy” and an example of the suspicion toward victims that perpetuates rape culture.

June 11: Uber’s board holds a meeting in Los Angeles to review a report on its toxic culture. It’s rumored that there will be several changes at the top of the company as a result. Read,

June 13: Board member David Bonderman makes a sexist joke in meeting about sexism at Uber. Really. He resigns a few hours later.

Kalanick may be out as CEO, but he still has a commanding portion of the company’s voting shares, and his place on the board means he’s very much still involved in shaping Uber’s future. Still, a crisis communications expert says Kalanick’s departure as CEO is a shrewd move. It puts distance between him and the company, and gives Uber the chance to rebuild its public image over the next six months. Sam Singer, president of Singer Associates, a crisis communications firm in San Francisco, says Kalanick’s resignation provides two big opportunities for the company.

“First, it gives Uber distance, in the event that yet another shoe drops,” Singer tells Inverse. “In between Kalanick’s announcement of his leave of absence and his full resignation as CEO, Singer guesses that Uber’s board, which heavily pressured Kalanick to leave has knowledge of or an inkling of future scandals to come.

“The chances are there’s several other shoes to drop for Uber,” Singer told Inverse. “In a perfect world, you want to get out all the bad news out you can now, so that it’s not death by a thousand cuts, from a communications standpoint.”

Singer says Uber leaders will want to paint 2017 as a year of missteps, and growth for the company, where it “pivoted and changed” from a “brilliant invention with troubled management” to one that has “turned the corner as to how they treat people, and that they operate within the confines of an appropriate regulatory system.” This means much more communication, or messaging, between the company and its drivers. This week, Uber finally announced a tipping option for customers to give their drivers bonuses, an option that its major competitor Lyft has had for years. This is part of the company’s second opportunity, Singer says, to “create a brand” of accountability and start a clean slate going forward, getting the company back on track to profitability. Uber may have a massive valuation roughly $69 billion), but it still loses billions of dollars a year, and its venture capital backers likely won’t see a return on their investment until the company goes public. Before it can do that, Singer says, Uber has to clean up its mess, and do it fast.

“In order for them to go public they’re going to need to become a mature corporation,” Singer says. “To do that you have to have a senior executive team that’s grounded in old-school Wall Street as well as positive Silicon Valley values.”

With Kalanick gone, Uber no longer has a CEO, COO, CFO, or CMO — almost the entire suite of C-level executives that run a company. In the next 180 days, it will be scrambling to fill those positions, and hope that new hires and a new line of thought at the top can overshadow the sins of its founder and the disastrous year it has had so far.