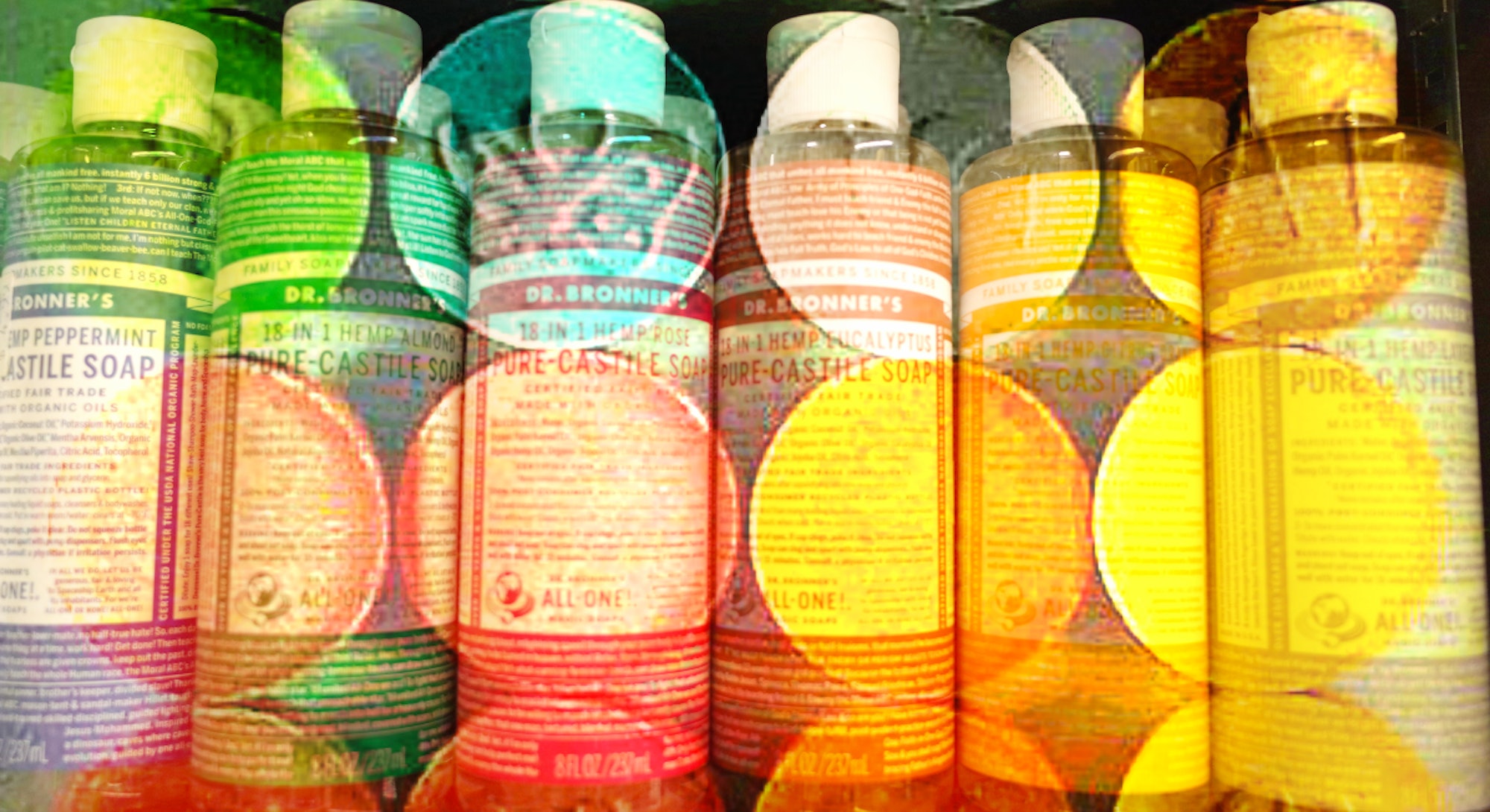 It’s best known as a party drug, but the reputation of MDMA could soon get a boost, thanks to a nonprofit research group and a big-hearted purveyor of hipster soaps. MDMA might help millions of Americans, veterans chief among them, and big pharma won’t touch the project, but not for the reasons that have to do with MDMA’s club reputation.

This fall, the synthetic drug that chemically resembles both stimulants and hallucinogens, that’s capable of altering the brain’s neurochemicals to create feelings of emotional warmth, pleasure, and energy, will be put to the test as a psychotherapy treatment for post-traumatic stress disorder.

Technically known as 3,4-methylenedioxymethamphetamine, the illegal drug is not the same as “ecstasy” or “molly,” although sometimes those drugs may contain MDMA. It will soon undergo three Phase 3 clinical trials, with an eye on a 2021 FDA approval, meaning therapists could administer MDMA to their patients.

The Multidisciplinary Association for Psychedelic Studies (MAPS), a nonprofit research and educational organization, is working with the FDA to design these trials. The key elements of design have already been decided, and the FDA has encouraged MAPS to apply for a special therapy designation that would help expedite the clinical development of MDMA-assisted psychotherapy.

“We’ve already demonstrated with our early Phase 2 trials that MDMA-assisted psychotherapy can be extremely helpful and have minimal risks,” says Brad Burge, director of communications and marketing at MAPS, to Inverse. “Now all the FDA needs is to see those same results, or remotely close to those same results, replicated in a larger number of patients.”

That’s where Dr. Bronner’s comes in. The California-based, organic, pure-castile soap company known for its mystical, peace-propagating labels that simultaneously namedrop Jesus, Albert Einstein, and Thomas Paine is estimated to be worth $50 million. And in April, CEO David Bronner announced that the company, inherited from his grandfather, would donate $5 million toward the $25 million goal.

“We’re going to help alleviate the pain of a suffering population, and, generally, I’m talking about veterans, but also individuals who are traumatized by rape and other forms of violence,” Bronner tells Inverse. “That’s the immediate goal. MDMA is such an incredible adjunct to therapy, and there’s such an incredible need for it.”

Here’s what happens when you have PTSD and you take MDMA: Backers of the idea say it could be a beneficial supplementary to therapy sessions because of its neurological effects on the brain. When someone is experiencing PTSD, they are experiencing changes in their brain — there’s decreased activity in the hippocampus and prefrontal cortex, regions associated with memory and learning, and increased activity in the amygdala, which evaluates threatening stimuli and controls the brain’s fear response.

The hormones oxytocin and prolactin are also released when someone consumes MDMA, which researchers have found enables patients to be more open when discussing their experiences.

In one MAPS-sponsored study, the results of which were announced in April, researchers found that 67 percent of 107 trial participants no longer had symptoms of PTSD one year after undergoing just two or three MDMA-assisted therapy sessions.

And the need for more effective PTSD therapies is dire: According to the Department of Veterans Affairs, about eight out of 100 Americans will have PTSD at some point in their lives. A 2005 study analyzing data from the National Comorbidity Survey found that PTSD was the dominant anxiety diagnoses that was associated with suicidal ideation and attempts. This repercussion has been evidenced among returning soldiers: In 2012, 54 more service members died because of suicide than in combat in Afghanistan.

Although all of the donation from Dr. Bronner’s will go toward the expenses of the Phase 3 trial, there is still a ways to go before MAPS reaches its $25 million goal. While MAPS has a history of receiving donations through various crowdfunding campaigns, Burge says that he hopes more large donors, both individuals and organizations, rise to the occasion and donate.

“It can become a sort of snowball effect, or at least that is the goal,” says Burge. “People will notice that we’re doing top-level research and that we’re moving very quickly towards FDA approval. All we need is that funding.”

The main cost for these trials is human time. There are people employed to manage the data, coordinate the research sites, conduct the trials, and those who work as therapists oversee the MDMA application. There’s the lodging and transportation of study volunteers, and then the nuts and bolts expenses of things like renting research space and electricity bills. A bill of $25 million may seem like a lot, but things add up quickly. It’s also a small sum compared to the billions for-profit pharmaceutical corporations spend on the development of new drugs, though. In many of those cases, companies are conducting clinical trials on hundreds of different compounds, with the goal that one of them actually works. The repeat cost of multiple failed trials culminates in a lot of cash spent.

“For MAPS to develop MDMA and open up psychedelic therapy in a legal context, for the first time in over 40 years, for only $25 million, it may seem like a lot, but it’s relative to the billions of dollars pharmaceutical companies are spending,” Burge says. “It’s kind of a deal.”

The pharmaceutical development process is very different for MAPS than that of a for-profit company because the MDMA has already been identified and there’s not a push for massive profit. The patent for MDMA has expired and is in the public domain, which is why for-profit companies have little interest in developing MDMA into treatment. Also, there’s currently no federal funding available for psychedelic-based therapy, despite its potential use as a treatment for returning soldiers, one out of seven of which are anticipated to develop PTSD.

While Bronner is donating a sizable chunk of the family fortune, it’s not nearly enough to meet the $25 million in estimated research costs, which is why he calls out other companies to back PTSD-aiding research.

“It’s up to ethical companies, individuals, and philanthropists to step up and kind of do what was done for the abortion pill — which was similar in a way where it was just too spicy for any company, and it was brought to market through nonprofit donations,” says Bronner. “There’s the potential to help a lot of people here, which makes it even more incumbent that those actors help make it happen.”

While consumers may know Dr. Bronner’s mostly because of its products, the company has a wide history of previous activism. The principle of “fund and fight for what’s right” is one of its six “Cosmic Principles,” and Bronner has put the idea of “constructive capitalism” to work.

Bronner’s the grandson of founder Emanual Heilbronner, who started producing and selling liquid peppermint soap in 1948, and has lead the company to be involved in causes ranging from efforts to raise the federal minimum wage to bettering the conditions of animals kept in factory farms.

In 2010, he was arrested outside the Drug Enforcement Administration’s headquarters for planting hemp seeds, and in 2012 he was arrested again for possession of marijuana while he locked himself in a cage in front of the White House with hemp plants. This battle to get the DEA to allow access to industrial hemp for industrial uses is what brought Bronner and MAPS together in 2013: They were both suing the DEA. MAPS was then suing the DEA in order to start a farm to grow medical marijuana for research. (In 2014, Congress distinguished hemp as an agricultural crop instead of a drug while the DEA announced in August 2016 its intentions to grant additional marijuana growing licenses to researchers).

For Bronner, assisting MAPS with MDMA is more than just helping with the development of one therapy. The larger goal of the company, he says, is to help with the “responsible integration of all psychedelic medicines.” He wants to help develop drug therapies for suffering populations while contributing to a larger crossover point where there’s a shift in public thinking about drugs. He anticipates that when the FDA approves MDMA, there will be a reassuring effect that will help move society toward that culture — even if something is legal, he says, it’s not going to be helpful if people still think it’s taboo.

“I think there seems to be a broad-based awakening about both cannabis and psychedelic medicine that is chipping away at the unfounded hysteria surrounding those drugs,” Bronner says. “Each drug is a complex universe unto itself, and there are therapeutic allocations.

“People are starting to understand that when a certain drug is used correctly, then it’s not a big deal. They don’t need to be afraid of it.”

A “pathway to approval” guide MAPS provided Inverse shows that the first Phase 3 trial study will begin in fall 2017, and then will be followed by two more — one in April 2018 and another in spring 2019. From 2015 to 2021, MAPS will sponsor a training program for therapists who want to incorporate MDMA into their clinical work. The goal is that by 2021, MDMA will be a legally approved drug in both the United States and Europe.