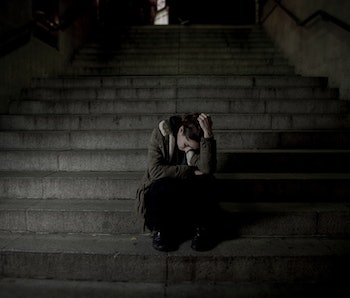 On Nov. 30 the FDA approved a Phase III clinical trial to confirm the effectiveness of treating post-traumatic stress disorder (PTSD) with MDMA, also known as Ecstasy.

This news appeared in headlines throughout the world, as it represents an important – yet somewhat unorthodox – advance in PTSD treatment.

However, the media have largely been referring to Ecstasy – the street name for this drug – as the treatment in this trial, rather than MDMA (3,4-methylenedioxymethamphetamine). This can lead to misunderstanding, as recreational Ecstasy use is a highly stigmatized behavior. Using this terminology may further misconceptions about the study drug and its uses.

While Ecstasy is in fact a common street name for MDMA, what we call Ecstasy has changed dramatically since it became a prevalent recreational drug. Ecstasy now has a very different meaning – socially and pharmacologically.

It is understandable why the media have referred to this drug as Ecstasy rather than MDMA. Not only has much of the public at least heard of Ecstasy (and would not recognize MDMA), but this also increases shock value and readership.

But referring to a therapeutic drug by its street name (such as Ecstasy) is misleading – especially since MDMA is known to be among the most popular illicit drugs used at nightclubs and dance festivals. This leads some to assume that street drugs are being promoted and provided to patients, perhaps in a reckless manner.

About 80-85 percent of high school seniors and young adults disapprove of someone even trying Ecstasy once or twice. But stigmatizing attitudes tend to be much harsher than mere disapproval.

I investigated stigma toward Ecstasy users, and among young adults (age 18-25) who reported no lifetime use of the drug, many reported strong negative feelings toward those who use Ecstasy.

“Ecstasy” is in fact often used to refer to MDMA, but a lot of Ecstasy in the U.S. often contains little to no MDMA. While many assume the term Ecstasy means or at least implies MDMA, others believe (or know) that Ecstasy tends to be an adulterated drug when purchased “on the street.”

When Ecstasy boomed in popularity in the early 1980s, it tended to consist of pure MDMA, or sometimes its chemical sister MDA (3,4-methylenedioxyamphetamine). But after MDMA became illegal in the U.S. in 1985, purity began to decrease.

Throughout the 1990s and 2000s, drugs such as cocaine, ketamine and methamphetamine were common adulterants in Ecstasy.

As a party drug, many people didn’t know or even care that ecstasy was supposed to be MDMA, but others specifically sought pure MDMA, rather than adulterated products. Demand grew. While pills said to be pure MDMA were certainly marketed and sold throughout the 1990s, more expensive Ecstasy in powder form (sold in capsules) slowly grew in demand. Within a few years this exploded into what we know now as “Molly.”

Molly is commonly marketed as being pure MDMA. But in recent years we have found that Molly is often the furthest thing from pure MDMA. Synthetic cathinones, also known as “bath salts,” appear to be the most common adulterants or outright replacements.

Deaths related to Ecstasy use appear to have increased in recent years, but many of these deaths appear to have been largely dependent on environmental conditions. MDMA can raise blood pressure and interfere with regulation of body temperature, which can certainly make it dangerous, especially in large doses and to those with preexisting conditions.

But what we often fail to consider is that Ecstasy-related deaths have tended to occur after hours of dancing – often in very hot conditions (such as crowded nightclubs or at festivals in 85 degree Fahrenheit or higher temperature), without adequate rest or proper hydration, or both.

Would these deaths have occurred without Ecstasy? Probably not. But most of these outcomes were very much dependent on extreme environmental conditions.

Many deaths in the U.S. related to Ecstasy or Molly use have also involved co-use of drugs such as alcohol, or unintentional use of “bath salts” or other adulterants, or a combination. In Europe, however, deaths have been increasing due to use of very high-potency pills (over 200 mg).

Extreme environmental conditions, adulterants, use of high-potency Ecstasy products, and ignorance about drug effects are all potential recipes for disaster when Ecstasy is used, especially when harm reduction techniques are not applied.

Is it really appropriate, then, to compare the therapeutic use of MDMA in this study to individuals using illegal, adulterated, or high-potency ecstasy, and dancing for hours in the heat?

The researchers are using pure MDMA, and in low doses. The drug is also used under medical supervision in a safe office, and patients receive medical clearance before entering the trial.

MDMA is by no means a new drug, but misconceptions have continued for decades. MDMA was discovered over a century ago, and the drug’s effects have been researched and documented for decades.

Knowledge about the drug’s potential therapeutic value is nothing new, either. We have known this since the 1970s, but have largely lacked the formal research supporting its efficacy. The drug was administered by thousands of therapists in the early 1980s before it hit the nightclub scene and was made illegal in 1985. Many therapists and advocates fought to keep MDMA legal when it was banned, and some of these fighters – primarily Rick Doblin and the Multidisciplinary Association for Psychedelic Studies (MAPS), have continued to fight for decades, to gain approval for clinical trials of MDMA to be conducted.

It’s easy to view MDMA as just a dangerous party drug, but it was used for therapeutic purposes way before it exploded into nightlife. All our lives we’ve been taught illicit drugs are bad, but so few of us know the history of these drugs prior to their criminalization. We also tend to focus on the negative publicized effects, and many individuals still believe misinformation such that MDMA use puts holes in the brain, drains spinal fluid, or causes Parkinson’s disease.

We also often forget to consider that these same stigmatized drugs may also have important medical value. For example, amphetamine has been a drug of abuse since the 1930s, but it is efficacious in treating ADHD under the trade name Adderall. And despite increasing abuse of opioids in the U.S., these pills are still highly efficacious in treating pain. Like opioids and amphetamine, MDMA appears to have its place in medicine.

As drugs like MDMA and psilocybin move back into the spotlight as having therapeutic value, we must understand that while we may see various drugs as having “bad” uses, this doesn’t mean they are “bad substances. Some of these drugs appear to be very useful in medical or therapeutic contexts.

More like this
Mind and Body
Feb. 1, 2023
Why the future of periods could be none at all
By Elana Spivack
Mind and Body
Jan. 31, 2023
Why Is My Skin Worse in Winter? 5 Conditions Dermatologists Watch out For
By The Conversation, Jeffrey Chen and Sonal Choudhary
Mind and Body
Feb. 2, 2023
Meet the Scientists Who Want to Make Medical Devices Eork for Everyone, Finally
By Miriam Fauzia
LEARN SOMETHING NEW EVERY DAY.
Related Tags
Share: