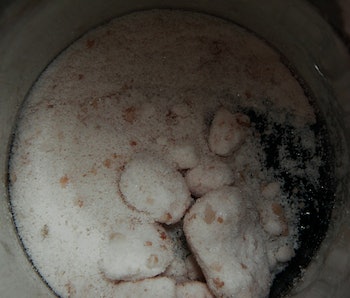 What is not surprising is that people in San Francisco are dropping MDMA. What is surprising, however, is that some of those people are taking it legally as part of a clinical study on its therapeutic benefits.

A new Bay Area-based study, sponsored by the Multidisciplinary Association for Psychedelic Studies, or MAPS, is exploring the ways the notorious — and illegal — party drug can be used to help people with life-threatening diseases, like cancer or the chronic autoimmune disease sclerosis. Their hypothesis was that MDMA could help people deal with crippling psychological effects — anxiety, fear, and deep-seated depression that can make living with a terminal illness even more unbearable.

This new research has led the team behind the study, led by psychiatrist Dr. Phil Wolfson, to believe that taking controlled doses of MDMA, combined with rigorous five-hour psychotherapy sessions, can help.

The initial results have been promising: So far, participants in the study have reported that MDMA-assisted psychotherapy has provided clarity and allowed personal epiphanies to unfold at a slow, manageable pace. One patient called it a “tremendous” tool.

What the patients did not call it, however, was fun. As one patient reported, “This was work, this was not partying.”

It’s not the first time ecstasy or MDMA has been used to treat mental illness. Hallucinogens, including magic mushrooms and LSD, are popping up in more and more studies attempting to repurpose the party drugs for therapeutic psychological use. Unlike LSD, however, MDMA was not originally synthesized for use as a psychological drug. It wasn’t until the 1970s that interest in its therapeutic effects started mounting — some psychiatrists called it “penicillin for the soul” but as it was adopted by the party scene, the DEA made moves to ban the drug. It’s been considered a Schedule 1 substance — that is, one with no proven therapeutic value — since 1985.

MAPS is on a $20 million mission to get MDMA approved by the FDA as a prescription drug by 2021.

The Bay Area study may be a small one, but its results have echoed those of even smaller studies past — when it comes to treating mental illness, so far there has been little doubt that MDMA can help.

More like this
Mind and Body
5.9.2022 12:31 PM
These exercise hacks help improve heart health in people with desk jobs
By Nick Keppler
Mind and Body
8 hours ago
Most-effective core exercises: Why traditional sit-ups may not be best for your routine
By Jocelyn Solis-Moreira
Mind and Body
5 hours ago
Appearing stressed out could have one paradoxical effect on others
By Jamie Whitehouse and The Conversation
Share: