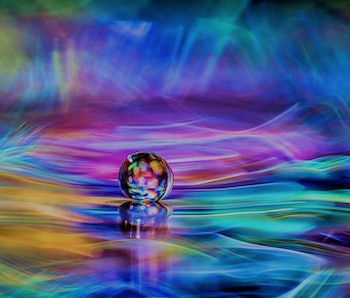 We’ve been looking at LSD all wrong. Over the past half-century, we’ve focused on the short term effects of dropping acid — the mutating hallucinations, the vibrant colors, the disconnect from reality — when we should have been focusing on the longer term benefits, including the therapeutic effects scientists are just now discovering. The psychedelic research renaissance underway, essentially a groundswell of small-scale studies, shows that LSD users have been pre-emptively treating mental illness and — to some degree — inoculating themselves against alcoholism, depression, and PTSD. Legislation makes prescription LSD a non-starter for the near future, but the conversation about whether getting high might just be a side effect of drug use can start now.

The myths surrounding LSD, perpetuated by modern hedonists like Lana del Rey and Father John Misty, make it difficult for lawmakers to accept it as a psychiatric drug like Prozac, Zoloft, or Celexa. But this was actually the intended use from the start. Albert Hofmann, upon discovering the drug in 1943, immediately set about looking for psychiatric applications. And that impulse remains strong in the scientific community: Over 1,000 academic research papers on the effects of LSD were published before the Summer of Love rebranded acid as a way to rebel against reality.

Currently, the FDA lists LSD as a Schedule 1 substance, claiming it has no “currently acceptable medical use.” From a scientific perspective, that’s a lie. From a cultural one, it’s the truth.

Earlier this month, U.K. researchers Dr. Robin Carhart-Harris and David Nutt, Ph.D. (of “ecstasy is less dangerous than horse riding” fame) published a paper in the journal Psychological Medicine describing LSD’s paradoxical ability to trigger acute psychosis in the short term while leaving “a residue of ‘loosened cognition’ in the mid to long term that is conducive to improved psychological wellbeing.”

Last year, Carhart-Harris and Nutt also visualized LSD’s effects on the brain in 20 volunteers using MRI scanners, reporting that the early results were promising for the treatment of depression and alcoholism. Their work has been limited by a dearth of funding. Still, there are enough studies for there to be meta-studies and a recent one on LSD and alcoholism, published in the Journal of Psychopharmacology in 2012, found that using LSD in combination with alcohol addiction programs helped decrease substance abuse.

In another highly publicized study, published in the Journal of Nervous and Mental Disease in 2014, concluded that LSD, when administered over two months under carefully controlled conditions, reduced anxiety about terminal illness in the long term. The study, carried out in Switzerland, a nation that welcomed hallucinogen research while the rest of the United Nations freaked out in the 1970s, was the first controlled trial of LSD published in over 40 years.

It’s important to realize that these studies received a huge amount of press coverage because they were published in peer-reviewed scientific journals. The fact that this doesn’t happen more often isn’t necessarily a reflection of the inadequacy or scarcity of other ongoing psychedelic studies; it speaks, at least to some extent, to the leeriness toward hallucinogenic drugs that persists even in the scientific community. Scientific credibility, unfortunately, is the only thing that pulls in funding. Without money, studies languish — the licenses needed to study Schedule 1 substances are incredibly costly — and, in time, so does the momentum needed to reclassify the drug as something worth considering medically. In turn, funding becomes even more scarce.

Given that we’ve substantively changed the way we’ve talked about other stimulants in the past, there’s plenty of hope for the future. There is also, and this is really the critical thing, good science being done. The researchers at the forefront of the field aren’t a bunch of bearded day-tripping Josh Tillman lookalikes in the California desert; they’re academics who can, unlike the guys running the FDA, divorce LSD from its colorful past. They don’t care about the sixties.