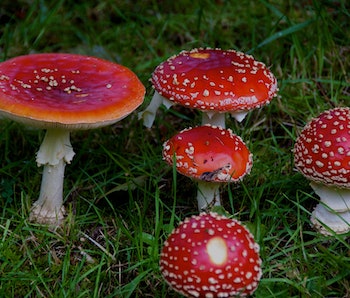 The therapeutic uses of hallucinogens are growing, but collecting scientific data on ~ mystical trips ~ isn’t always easy. To make the process easier, a team of psychiatrists from Johns Hopkins University developed a standardized survey for measuring psychedelic experiences induced by magic mushrooms.

Psilocybin is the compound in mushrooms responsible for inducing the psychedelic trips that make them popular recreational drugs. As it turns out, it also has potential as a treatment for depression and anxiety.

As the authors describe in their study, published today in the Journal of Psychopharmacology, individual mushroom trips have a lot more in common than you might think. For their study, the researchers collected reports from 184 participants who were given a controlled psilocybin dose in a lab setting.

They used the data in an attempt to validate and refine an existing 30-question “Mystical Experience Questionnaire,” which focuses on four common elements of psychedelic trips: “mysticism,” “positive mood,” “transcendence of space and time,” and “ineffability.”

Using factor analysis — a statistical method for assessing data variability — they deemed their revised questionnaire as “an efficient measure of individual mystical experiences.”

Having more accurate ways to assess subjective data will lend credibility to future psychedelic research. In their paper, the authors include a stand-alone version of their revised questionnaire, in hopes that it’ll be adopted as a tool by other researchers investigating the therapeutic benefits of hallucinogens.