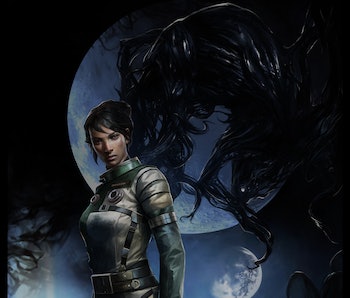 Like many other first-person shooters, complete with an open environment to explore, Prey is filled to the brim with opportunity, thanks to the development team at Arkane Studios. Following in the footsteps of both Dishonored and Dishonored 2, Prey is built to provide you with dozens of different ways to accomplish each objective you face — giving you the choice of hitting an enemy Typhon alien head on with a shotgun, or utilizing a more unconventional set of equipment to sneak your way past them by climbing GLOO. Regardless of your approach, the ultimate goal here is survival, and with a wonderfully diverse set of weapons at your disposal in Prey, you’ll have a blast figuring out which best suits your personal playstyle.

That said, there are certainly some weapons that are worth investing your hard-earned weapon upgrade kits and resources in that will fight back the Typhon with relentless efficiency. Here’s a collection of our favorites from the game, ranked by how useful they are to you on Talos I.

The standard issue weapon for all security personnel aboard Talos I, the Throne PPN, is a silenced and well-rounded pistol, which is best used as a backup weapon, unless you prefer sneaking your way around enemies to get the drop on them. While it doesn’t do as much damage in direct combat as the Q-Beam or shotgun, it works well when paired with sneak attack damage bonuses, due to its integrated silencer. The biggest problem with using the pistol in direct combat is how quickly it eats ammunition, which makes the shotgun a much better option for the long haul.

Easily one of the goofiest weapons available in Prey, the Huntress Boltcaster is a concept from a few of your co-workers aboard Talos I that can be used to shoot Nerf darts between cubicles when the going gets rough. Once you find the weapon in Kelly Randolph’s office in the Sales Division, it’s easy to dismiss as a gag placed by the development team, since it doesn’t deal damage. What it can do, however, is get you into locked locations by shooting darts at computer screens and buttons to get into rooms otherwise inaccessible. And that alone makes it worth having around in your inventory.

A scientific weapon developed by the researches in Talo I’s Beams and Waves Lab, the Q-Beam is a deadly energy based rifle that fires a concentrated beam of unstable particles, which eventually cause a target to explode. Naturally, the Q-Beam is the best weapon in the game, from a damage standpoint — capable of obliterating Typhon with ease no matter how challenging they may seem. The only problem with the Q-Beam, however, is ammunition. Not only is it scarce, it’s hard to fabricate from raw materials as well, which keeps this weapon a little limited compared to the shotgun until very late in Prey.

The shotgun is essentially the stalwart workhouse of Prey’s arsenal, capable of stopping a Phantom dead in its tracks with a few well-placed shells in close quarters. Like just about every shotgun in video games, the Throne S4 starts off with a relatively small shell capacity and slow reload speed. If you invest some weapon upgrade kits into it early on though, you’ll quickly find it becomes the most powerful tool you have available — able to keep you alive if you fabricate ammunition for it regularly. Plus, who doesn’t love beautiful, futuristic looking pump action?

A dangerous but extremely effective device, created by researchers aboard Talos I, the Recycler Charge is a perfect addition to just about any arsenal, regardless of how you plan to approach combat in the game. This little sphere can be tossed at anything in Prey, or attached to a surface around the environment, where it will attract all objects within a short radius before exploding and turning them all into raw materials you can collect. While rare at first, these little guys can be crafted in-mass once you’ve obtained the fabrication plan from room 107 in the Crew Cabins.

There’s something special about Prey’s GLOO Cannon, and it isn’t just because of the unique name given to the weapon, either. Unlike most of the weapons scattered across Talos I, the GLOO Cannon doesn’t deal any damage to your enemies. Instead, it provides you with a series of valuable strategic options since you can use the GLOO fired by the weapon to create hardened bubbles for reaching impossible locations or protecting yourself from danger.

The best part is that GLOO can also be used to incapacitate your enemies, giving you the opportunity to line up a perfect shot from your weapon or a heavy swing with your wrench. A few upgrades make the GLOO’s effect incapacitate lightning fast, too, allowing you to lock down entire rooms of Typhon before they can even reach you. It’s an intuitive weapon for sure, and the best one you’ll have access to throughout Prey, if you learn how to use it effectively.

More like this
Gaming
6.22.2022 3:00 PM
TMNT: Shredder's Revenge is the retro beat ‘em up of your dreams
By Robin Bea
Gaming
6.21.2022 4:27 PM
Everything you need to know about Crisis Core: Final Fantasy VII Reunion
By Hayes Madsen
Gaming
6.17.2022 4:00 PM
The agony and ecstasy of PlayStation trophy hunting: "It's a huge drop of serotonin”
By Joseph Yaden
Related Tags
Share: