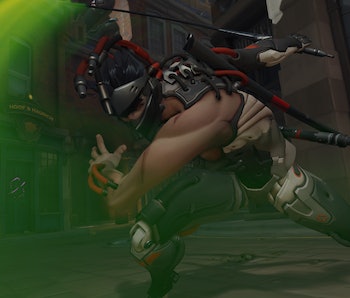 It’s been nearly a year since Blizzard Entertainment introduced players around the world to the wonderful universe of Overwatch, a hero-based competitive shooter filled with plenty of game modes and lots of character variety and personality. Since the game’s release, Overwatch has accumulated more than 20 million active players and amassed an extremely passionate community, which is why many players who are interested in picking up the game for the first time to join their friends feel a little intimidated. Make no mistake, Overwatch is filled with experienced players who will beat you down and established skill tiers should you every make a go at Competitive Play, but that doesn’t mean the base game is too challenging for you to give it a go.

Overwatch is actually incredibly simple to pick up and play from the very beginning thanks to a set of game mechanics which are easy to understand. You’ll be joining friends and other teams of players to capture, hold, and defend various objectives as one of the game’s numerous heroes, all of which feature a distinct set of abilities you can use in combat. But once you’ve made it through a few dozen games, you’ll slowly conclude that Overwatch requires a little more finesse to really master, which is why we’re here to help.

Here are a few tips and tricks to consider if you’re just getting started in Overwatch this year, or working to brush up after returning from a long break:

Learn How to Play Different Roles

Whether you’re playing for the first time or just looking to expand your horizons after mastering a specific hero, it’s important to invest time into learning how to play at least one hero in each of Overwatch’s respective roles. Attackers, Defenders, Tanks, and Support heroes are all required in a team composition to remain competitive because they complement each other on the battlefield. So even though you may play one hell of a Hanzo, you’ll need to be able to swap to a tank like Orisa to absorb damage or a Mercy to keep your team alive if nobody else will. The key to success in Overwatch is often balance, and knowing how to fill whatever role you need will go a long way.

While defeating enemy players in Overwatch is certainly a crucial part of successfully winning a match, you’ll also be required to play the objective if you want to dominate the opposing team and claim victory. No matter how many eliminations you rack up throughout a match, you’ll still lose if you ignore the objective, which means it’s more important to work on eliminating enemy players around the objective than heading to the ends of the Earth chasing them down for a kill. Always plan to defend the objectives on each map you plan or push them with a coordinated effort if you’re on the opposing side.

Push Objectives as a Team

One of the biggest mistakes you can make as an Overwatch player is to move on an objective or enemy position by yourself. In many cases, the team currently holding the objective is usually going to be grouped up and ready to focus all their fire on you, which means you’ll drop like a fly no matter how skilled you are. Unless you have an ultimate ability to drop to even the odds, remember to stick back and wait for a few members of your team to join you for a coordinated push against an enemy objective. Otherwise, you’ll just die and be stuck on a respawn timer for nothing continuously throughout the match.

Learn When to Use Your Ultimate

Each respective hero present in Overwatch’s roster has a myriad of abilities at their disposal, including an extremely powerful ultimate ability which can be used to turn the tide of a battle at the opportune moment. While it’s tempting to use these immediately once you earn them in combat, you should get in the habit of holding off until you can use them with maximum effect or in tandem with another teammate’s ultimate ability when possible. While it’s true that an ultimate ability like Roadhog’s Whole Hog is effective by itself, combining it with a well-timed Nano Boost from Ana can turn it into a metric powerhouse which can annihilate an enemy team.

While it’s true that Overwatch doesn’t place a huge emphasis on switching out your hero selection during a match, it’s a valuable strategy you’ll need to get used to if you want to win against challenging opponents. Nearly every hero in Overwatch was designed with a counter hero in mind, meaning that you can gain an instant advantage by changing your team composition to better suit the situation at hand. If you find yourself having a tough time against a better player using the same here, head back to your spawn and swap out to a hero you can use more effectively against them. It may not always work, but it often gives you a shot at pressuring them back so you team can capture an objective.

If there’s a single tip you should know before stepping into Quick or Competitive Play with a team of friends, it’s that you need to learn how to coordinate fire on a specific enemy player instead of spreading your damage out across multiple targets. Every enemy team you’ll face will have their own set of heroes filling dedicated roles, and you’ll want to pick out the weak links or dedicated healers to focus on first with a barrage of concentrated fire. Eliminating them will immediately put your team ahead regardless of the situation, and taking out a healer will allow you to quickly clean up the remaining enemy heroes scattered across the map.