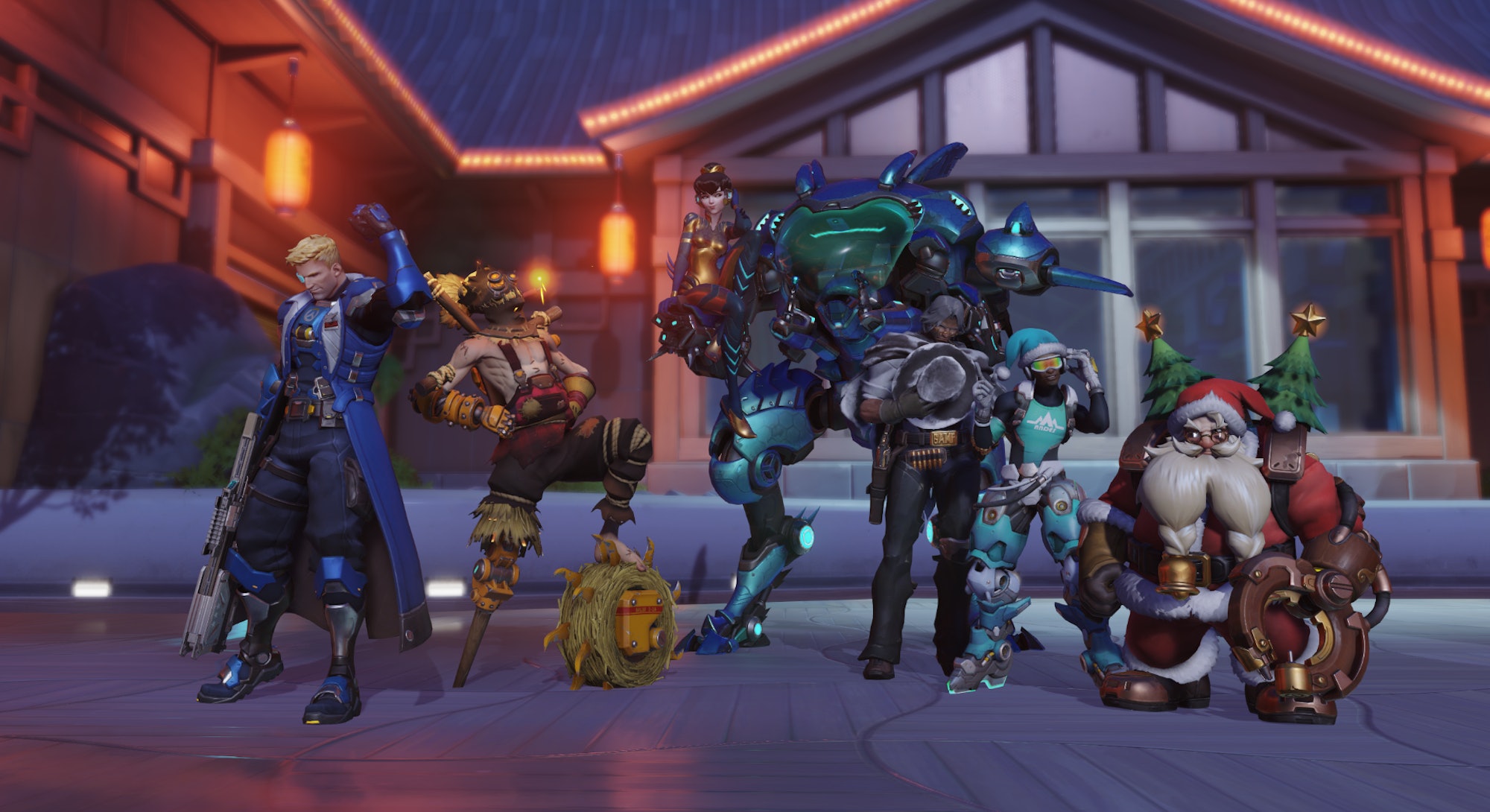 Blizzard recently released its fourth seasonal event for Overwatch. Titled Year of the Rooster, the latest seasonal event features a new set of themed cosmetic items like skins, emotes, victory poses, and highlight intros that celebrate the Chinese New Year. It also brings a new brawl-type game mode to the Arcade for Overwatch that we haven’t seen in the game before. Capture the Rooster, Blizzard’s take on Capture the Flag, is one of the longest-awaited additions to the game so far, and the road to release was a long and complicated one.

Since every Overwatch hero is built with a specific set of abilities and a role in mind, movement-focused heroes like Tracer and Genji were a problem when the development team was testing CTF internally before the game was even announced. In many cases, Tracer could just blink three times to the enemy flag at the start of a match, grab it once she touched it, and then recall her way all the way back to the beginning of her blink path without the defending team knowing what just happened. Other heroes like Genji could do the same thing by dashing out of the defending team’s base with the flag and quickly running away while the rest of the attacking team protected him.

According to the game’s director Jeff Kaplan, the development team experimented with various strategies to slow things down from a movement standpoint during internal testing for Overwatch, like causing a player to drop the flag if they used a hero ability. Ultimately, the rules necessary to eliminate many of the issues with CTF in Overwatch no longer made the game’s heroes feel like heroes though, which resulted in the team giving up on the mode for a while.

After Overwatch released last May, the development team continued to work on making Capture the Flag a functional mode within the game. The team decided that pushing specific limitations on the game’s heroes wasn’t the best idea and that embracing everything their colorful cast of characters could do was the better way to go. Instead of forcing standard CTF into Overwatch, they built a set of CTF rules that fit the game’s heroes, retaining everything that made it stand out from the crowd in the first place.

The result of this approach is exactly what Overwatch’s latest seasonal brawl embodies, a fresh take on Capture the Flag, where players are able to utilize every hero’s unique set of abilities to lock down their own base while trying to take the enemy team’s flag. The mode includes a Year of the Rooster-themed take on Lijiang Tower, built specifically for CTF, and a set of small tweaks you won’t find in any of the other game modes. Now, there’s a small amount of time required for the player to grab a flag, during which they cannot take damage. In theory, the tweaks should work, but, with the current Symmetra/Torbjörn defense meta, Capture the Rooster can get a little frustrating if the enemy team doesn’t split up or focuses too heavily on defense.

Kaplan and the Overwatch team have already confirmed that Capture the Rooster will only be part of the game’s Arcade. Currently, the team has no plans to bring Capture the Flag into Overwatch’s Quick Play or Competitive Play rotations in any capacity, namely because it isn’t as fine-tuned as the base game modes included thus far. While they haven’t ruled the return of CTF out entirely, Kaplan said that the mode exists for the sake of letting players have a good time during the seasonal event. Essentially, it’s just a fun mode, and that’s completely okay by many people in the community.

I’ve had a relatively good time running around as Soldier: 76 in Capture the Rooster and grabbing the flag whenever an opportunity arises. That said, there’s few games which don’t end in a stalemate because players refuse to push against a heavily fortified base courtesy of Symmetra, Bastion, and Torbjörn. I’ve almost always seen both teams pick Symmetra and Torbjörn to hold down their own flag. Between Symmetra’s shield generator and Torbjörn’s armor bonus, you’ll often be going up against an entire team of defenders with an extra 100 to 300 points of damage absorption that can easily soak a team of three to four players trying to push against their heavily fortified position.

Symmetra’s Sentry Turrets and Torbjörn’s buildable turret also consistently lay down damage, which makes it challenging to snag the flag before the entire enemy team is back in full force. Often, you won’t be able to deflect damage long enough to snag the flag. By removing the requirement to take no damage while snagging the defending team’s flag, CTR would be a much more compelling mode for many, but we’ll have to see if it makes a return following the Year of the Rooster seasonal event, with a more refined set of rules.