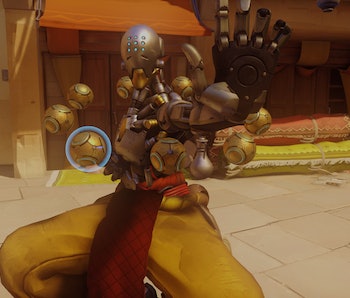 Odds are that you’ve seen Overwatch floating around the internet in some capacity in the past few days. It has been driving tons of team composition discussions, fueling Twitch with hundreds of livestreams, and even been the talk of eSports, as Blizzard continues to work on the competitive system for the game. But for the players, the key driving factor behind the success of Overwatch is one thing: simplicity.

For years now, shooters (both first and third person) containing multiplayer have worked hard to create intricate systems for their players. These often include a progression system alongside a way to cosmetically customize one’s character. But with an overly complicated progression system comes an overly complicated balancing issue; everything has to have a counter or a way to keep it from being too powerful.

Unfortunately, many games have failed to keep balance in place as they continue to add content. Take Destiny for example, which has had consistent balancing issues relating to player ultimate abilities and specific weapons since the game first released in September of 2014. Granted, these issues have been fixed over time – but replaced by new ones with each patch.

This type of system wasn’t always popular, especially with favorite multiplayer shooters like Team Fortress and Counter Strike. To be fair, both of these titles still hold massive followings on their respective platforms. The key here was simplicity. They let you log in and jump right into a game without having to google ‘how to make a kickass loadout beforehand to enjoy your matches online. It was simple, it was fun and it is the same reason Overwatch is doing so damn well.

In Overwatch the roster of characters each have a small set of moves good for performing a dedicated role – whether it be offense, defense, tank or support. These moves vary between each character in said role too, which allows players to approach the same role from a variety of different ways.

As a result, you’ll have to learn to master each individual character across a wide variety of in-game situations. Not only does it keep you consistently swapping characters for the sake of experimentation, but it keeps the learning curve alive despite the initial simplicity of the way Overwatch tackles its character roster.

Overwatch’s character roster was designed with counter-characters in mind, meaning that for every powerful character another character exists to destroy them with ease. While this may not feel like the case in some specific scenarios – it’s important to consider each of these counters and memorize them while you’re learning the game.

On a very basic level the game helps you with this too, prompting players to balance out their characters before each match so that their team composition is up to the standards the game was meant to be played with. Certainly some combinations are better than others, but that won’t stop you from having a fighting chance with a group of random players when playing a few matches on your lunch break. Provided you follow them of course.

Regardless of how you approach Overwatch though – the game just works. It’s a simple, easy-to-understand premise that features a widely diverse cast of characters with unique abilities that separate them substantially. Despite the differences though, the characters remain relatively balanced thanks to the counter cards Blizzard has put in place throughout development. While we still have a long way to go before Overwatch competitive play surfaces and the community continues shifting, one things for sure: Blizzard has proved that first-person shooters don’t need to be complex to succeed.