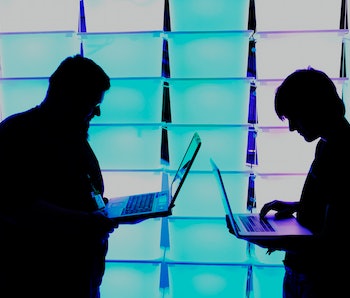 Last week, news began to surface that the “Fappening 2.0” was underway. Reports were beginning to surface that someone had yet again hacked the cloud storage accounts of a number of celebrities (Amanda Seyfried and Emma Watson were named first) and was ready to disseminate a host of risqué pictures. The internet braced for another scandal. But then, suddenly, nothing happened.

If the course of this most recent leak is any indication, it’s likely that another “Fappening”-style event won’t happen again. For a number of reasons, spanning from increased know-how regarding internet security to heightened awareness of these types of crimes in the public consciousness, the lineage of privacy violations in the form of large-scale photo leaks may well be over.

To understand why this is the case and how public perception has built itself around these leaks, a little context is necessary. For starters, the “Fappening 2.0” is actually the third, not the second, instance of a (potentially) widespread celebrity photo leak. Its well-known predecessor, the “Fappening,” occurred in August of 2014. But there was one before that, in 2011.

In September of that year, the FBI announced that it was investigating a release of nude photos of actress Scarlett Johansson, as well as reports that the privacy of some 50 other celebrities may have also been compromised. According to People at the time, “other reported victims of hackers include Selena Gomez, Demi Lovato, Christina Aguilera, Ali Larter, and Miley Cyrus.”

In that first instance, it was reported, in what is perhaps a strange confluence of events, by David Kushner for GQ that the hacker who stole the photographs was able to do so by guessing at the email addresses of celebrities by using their names. Once he had those, he recovered their passwords by answering a common security question: “What is your pet’s name?” He found the answers to those questions on IMDb.

Three years after that, in 2014, the original “Fappening” happened. Pictures of over 100 celebrities — all of them women — were stolen and appeared across internet aggregation sites like 4chan and Reddit. It was widely covered, and it ultimately took threats of legal action to see the pictures removed from aggregation and tabloid websites.

In that case, the hacker stole the pictures via a relatively simple phishing operation. He sent his targets emails that claimed to be from Google or Apple in which he asked for pertinent account information. The celebrities were fooled by the scheme, and their privacy was violated.

Looking back, it seems apparent that both the “Fappening” and “pre-Fappening” have a core similarity, beyond of course the targets of these hacking schemes. To a present-day observer, the means by which these celebrities’ information was compromised likely seem pretty basic.

Today, more than ever before, it’s much more common knowledge that companies like Google and Apple will never contact you and ask for information. Solid advice about how to compose security questions so the answers won’t be too obvious is also much more readily available than it used to be. Chief among them: Don’t pick a bad password.

2017’s almost-“Fappening 2.0” is proof. It was different. It had none of the scale of the “Fappening” and didn’t pick up anywhere near the same level of coverage. It was, for all intents and purposes, a non-story. This speaks to a profound change in Americans’ relationship with internet security. Celebrities are taking better measures than ever to protect their information. This can be said particularly of women, who, by wildly disproportionate numbers, are the victims of these attacks.

As it becomes easier and easier for people to access clear, concise, and accurate information related to the internet and online scurity, it becomes harder and harder for ignorance around these issues to persist.

Alongside this increased practical knowledge has also come a shift in public perceptions around these issues.

When the original “Fappening” was covered in August 2014, it had the voyeuristic air of spectacle. It was an unexpected window into the mortal lives of those who, more than anyone else, could be called American royalty. While the affected celebrities may have taken steps to improve their online safety, the average American likely felt unbothered by the event.

But a series of high-profile hacking and cyber security incidents between then and now have done a lot to change Americans’ priorities. In late 2014, a pair of Russian spies hacked some 500 million Yahoo accounts. In November 2014, Sony was the target of a large-scale hack in retaliation for the making of the movie The Interview. Later, in mid-2015, Chinese hackers breached the U.S. Government Office of Personnel Management in a hack that compromised some 4 million federal employees. Then, of course, in 2016, there was the infamous Russian hack of the DNC in an effort to aid then-candidate Donald Trump. Suddenly, things aren’t so abstract. Suddenly, it could happen to anyone.

That gradual reckoning with the reality of cyber vulnerability came alongside the human stories behind the original “Fappening” as it died down. “I was just so afraid,” Jennifer Lawrence told Vanity Fair a few months after the furor had died down. “Just because I’m a public figure, just because I’m an actress, does not mean that I asked for this.” Lawrence went on to describe the sexual violation she felt, imagining the pictures being out there in the world.

The relative lack of coverage the “Fappening 2.0” received — only isolated attention on sites like TMZ — was indicative of a more sensitive public body. On sites like Reddit, which in 2014 was home to an r/fappening subreddit for longer than a day before it was taken down, pictures of Amanda Seyfried or Emma Watson were nowhere to be found.

Celebrations of the event were relegated to the darker, scummier corners of the internet, like 4chan’s /pol/ boards, where users said things like, “She should be happy her nudes got out.” Thankfully, this was not an attitude the public seemed to share.

Whether or not the rapid fizzle of the “Fappening 2.0” was an isolated incident or an example of a shifting public consciousness remains to be seen. But an optimistic reading of the situation leads one to conclude that the “Fappening” era has come to a much deserved and ignominious end.