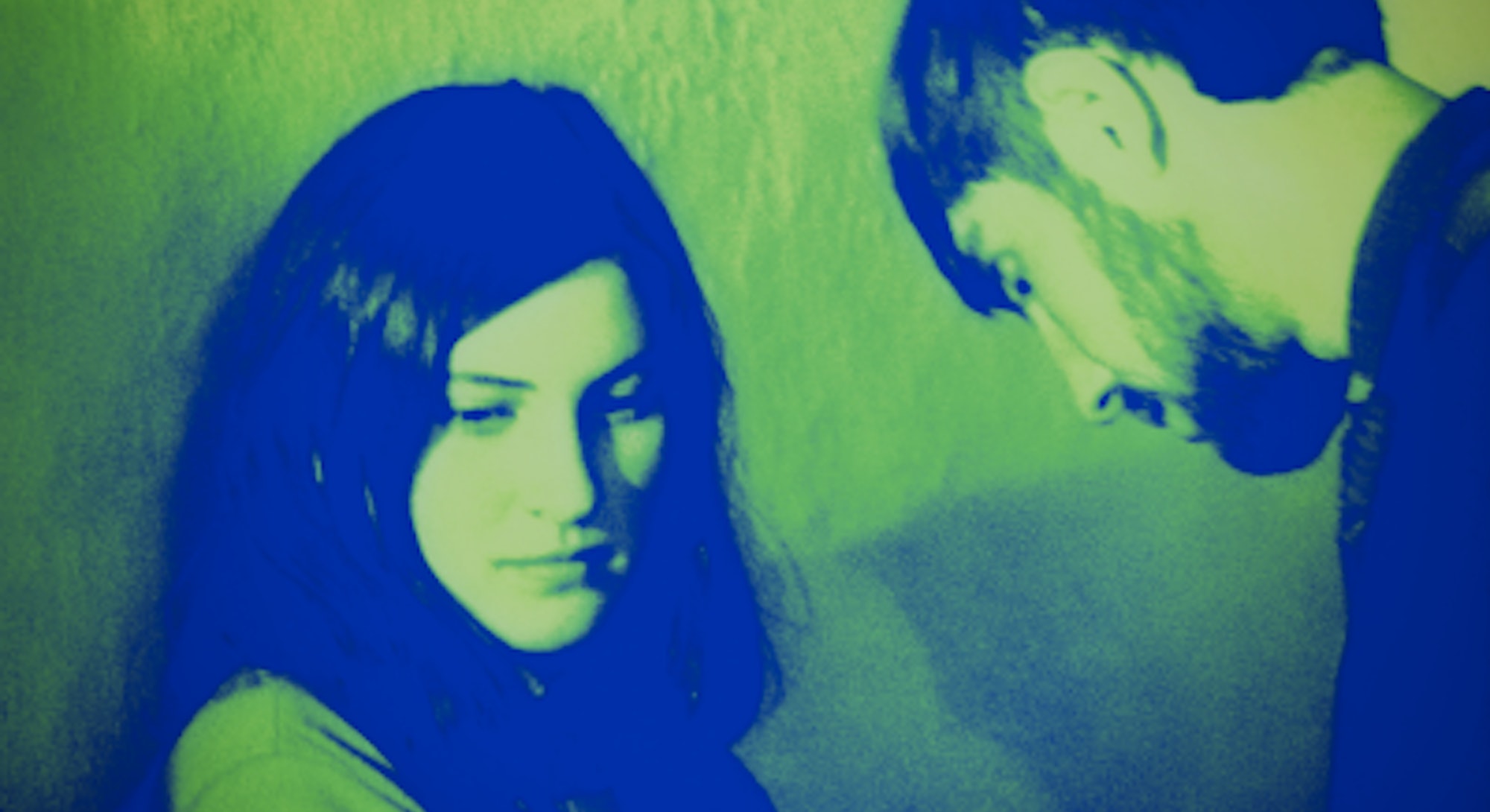 Twenty years into her first marriage, Friederike Meckel Fischer fell in love with another man. The affair was so tumultuous, so devastating, that after it was over she went in search of help. The help she found came from a surprising source — a branch of therapy that uses altered states of consciousness, sometimes aided by psychedelic drugs, to probe and to heal. Being a therapist herself, it wasn’t long before Meckel began using the drugs with her own clients — when she trusted their confidence and thought they might see benefits, like she did.

Her practice grew until she and her second husband were regularly hosting weekend-long group sessions with clients at their home in Switzerland. They used MDMA, LSD, and sometimes other substances in a carefully tailored program.

That chapter, which lasted nearly a decade, ended with heartbreak, too. A couple in the group split up, and the woman retaliated by turning Meckel in to the police. She was taken into custody and ultimately sentenced to two years of probation on charges related to dealing LSD.

Now Meckel has moved on from providing psychedelic therapy to evangelizing for it. Lots of people are doing this sort of work, but sharing information about it is a challenge. She wrote Therapy with Substance: Psycholytic Psychotherapy in the Twenty-first Century to tell others of her methods and insight. Inverse asked about the risks — and possibilities — of working through relationship problems in altered states of consciousness.

Why was it worth it for you to provide therapy enhanced by illegal substances, despite the risks?

I was so convinced that these things help. I sat quite a while, meditating on the dangers, that one day I decided I will not be caught. Being caught, and being in prison — you cannot imagine it. It was far from being something real for me. Not that we weren’t careful. But people who came to me were so enthusiastic about it, too, that they talked naturally quite a bit about it. So sometimes I got a phone call from strange people saying, “Oh, I want to join your group.” I took the risk, not really being aware of the things that I know now.

Would you do it again, now that you know?

Now, after my trial — no, I’d rather not. I would not do it in a therapeutic setting again as I used to. But if I were 15, 20 years younger — not knowing was it was like to be in prison — I would start over.

What about MDMA makes it useful in therapy?

MDMA has a lot of effects that have healing power in itself. When you take it, after a while, your fear goes away. Being free of fear is something that, when you experience it, it is like a healing for the soul. Without fear, you can open up. You can open up to who is in the room, to your mate, to whoever. You open up to yourself, which is for many people, a relief.

And why use LSD?

LSD is faster. You reach deeper layers of the unconscious. You have to be really acquainted with the substance so you are not flooded over. It is not that easy a substance to handle. And it doesn’t bring this love immediately. It shows you all the sides you have — your crazy side, your hate side, your victim side, your perpetrator side. It is sometimes merciless, whereas the MDMA is kind to you.

Is that why you used the drugs in combination and in sequence? One to open you up and one to get to work?

Yes. With MDMA you may go into all the nice places in the world, have a good feeling and think everything is good, and you have solved the problem, which is not true, because the solution of the problem has to be implemented later on.

Have you heard MDMA being called the love drug?

Yeah, but I’ll tell you something about love. Love is not a feeling. Love is a state of being. If you take MDMA, it is not the love that MDMA brings out. It is being free of fear, and the stillness, and relaxation, and the openness. And all of these three combined get you to the state of being of love.

In this state of feeling — this fearlessness, this relaxation — you’ll even manage to love your neighbor. But I do think that the real chance in taking MDMA as a couple is in the deep meeting, getting together in a deep talking about yourself — really listening and understanding and agreeing to what is, and then making a decision — really concrete integration of what you have lived through or felt or seen in the session. It’s very hard work. You can’t throw in the pill and repair your relationship — forget it.

You’ll wake up quite sober afterwards. But it is a facilitator, it is an enabler, to really get to a new state of being, and being together.

How do you use these substances to work with couples?

Maybe I should explain something beforehand that is forgotten pretty often. In a couple, there are always two loves. One is the love that we, as couples’ therapists, call the binding love — the love that is made from what you have lived through so far, the children — your special history of you being a couple. This is something that is grounded very, very deeply. The bindings love does not change — even when your partner betrays you, or he yells at you, or forgets to put out the garbage. Your children are the living love — they are made out of love.

Then there is this other love, what we call everyday love. That’s the way that we deal with each other, that we fight or we get back together again. This love is very changeable. It can go into hate, into fights, and the worst thing is into “I don’t care about you anymore.”

When you have a couple in a psychedelic therapy session, they always find their deep bindings love. And when they have a problem in everyday life, and they come to me, and they want to take a session, then they end up in this bindings love, and then they cannot understand why they have all these troubles. When they are not made aware of this fact, that it is the everyday life that is the crucial point of staying together or separating, then they get out of the session saying, “Oh yes, we love each other,” and within three weeks they are back in their everyday trouble.

In the session, we have to exactly find out what’s the problem, and then really install in everyday life behavior changes or new understandings, and so on. If we can implement this, then we have a good outcome — that’s the best case.

Partners may find out in a session that they don’t really want anymore, but only one partner finds it out. That’s a very difficult situation, because the substances reveal your true feelings, your true wishes. You are confronted with your inner attitudes. Then we have a difficult situation because one wants to keep on, and the other doesn’t. Then we have to deal with that problem.

The MDMA is, as I used to say, the gold for the relationship. But if we can really first find this true, deeply rooted love, and then talk together and learn to interact, first on the session, and then practicing in everyday life, to install the understanding of each other, and taking the other as he is, without wanting to change him anymore. That’s a very good outcome.

Naturally, we had couples that separated within our group, but they separated — at least some — in a very respectful, loving way. Before you separate, you have to find the deep-rooted love, and in the interface with this deep-rooted love, you can separate.

But it doesn’t always end so peacefully, as you learned.

The straw that broke the camel’s neck for me was a couple. In an illegal setting, these therapies with couples are extremely dangerous. Because if one of them doesn’t take the whole responsibility for him- or herself, and their partner leaves, then they blame the substance, or the therapist, or both for the separation.

In an illegal setting, I wouldn’t advise anybody to sincerely work with couples. Have them have a good feeling — fine. But the rest of the hard work, of confronting and pointing out the difficult corners and so on, it is dangerous.

What advice would you give to a couple who wanted to try this?

I would tell them what I have just told you — to do hard work on the session. To talk about every single problem. But with a moderator — a therapist or a third person. You might not get the crucial points. You have to really learn how to do it.

So from a couple’s perspective, at least, it’s worth the risk?

I really do think that it is the possibility for a couple to really connect. I am in my second marriage, and I got to know my husband in the beginning of the training we had. We took the training together because I knew, if I would go on with the training without him, we wouldn’t be on the same level, because these substances change you. They develop a general change of attitudes, of beliefs, of insights, of your way of life.

How do you imagine the future of this work?

It would be wonderful if more people — doctors, psychologists, intelligent people who have influence — could see the benefits that we could have from these substances, and understand that society needs to learn and to teach the youngsters to deal with these things, to use them in a way that I’ve just described — so that everyone could have access to these sorts of substances, and there would be a culture of understanding how to use them, how to use them ritually, in safe places, and to learn how to get connected with themselves again, with their bodies again — to really get to know the use of all this and the enormous potential that these substances have.

Do you think we’ll get there?

I think we are on our way. What I would like to find out over the years that I still have in front of me is a way to spread the word, and the experience, that more people know about this side of these substances. That would be my true wish.