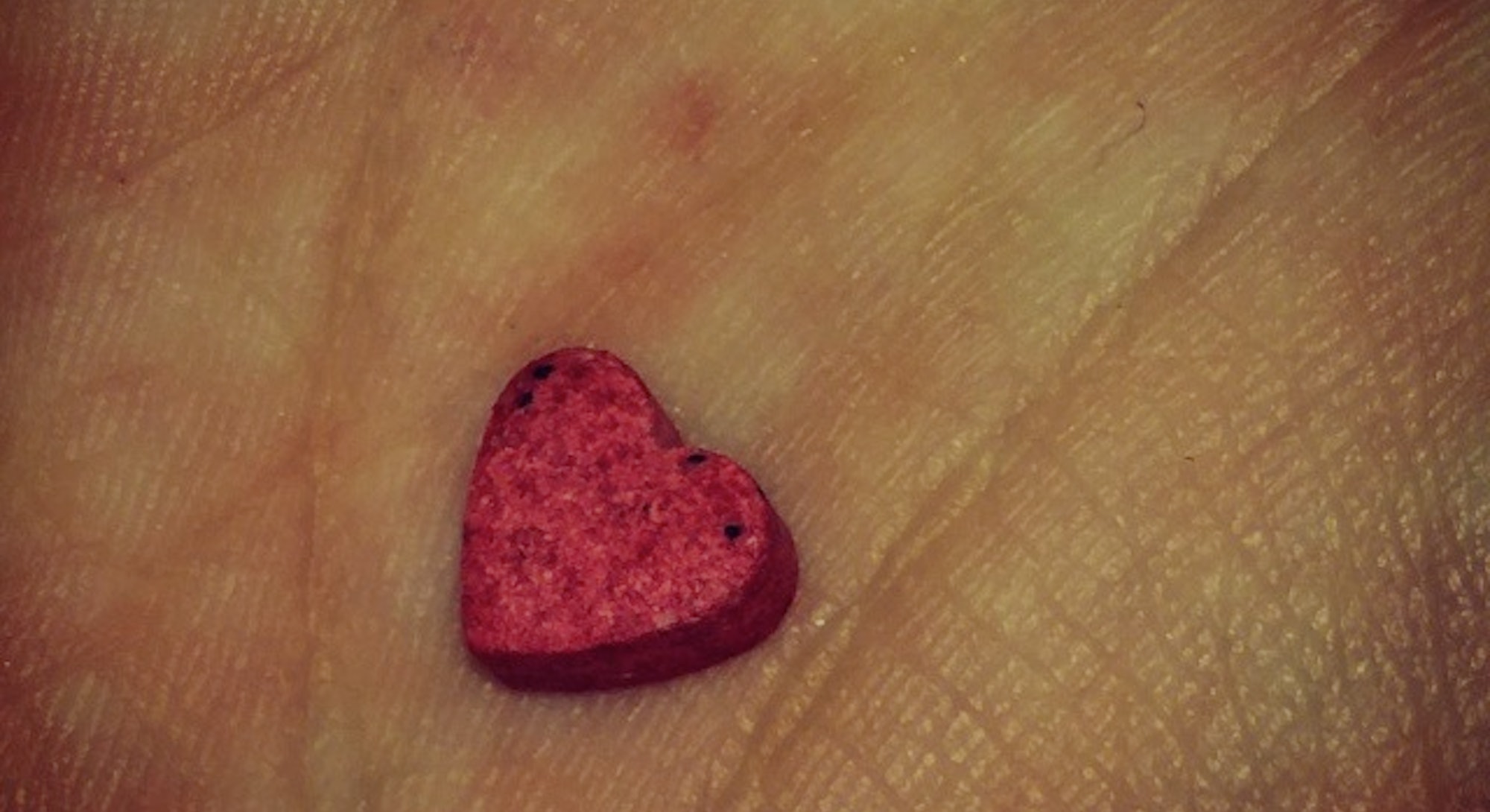 It was July 1984, and the United States Drug Enforcement Administration didn’t expect any resistance when it announced it intended to make MDMA a Schedule I controlled substance — the most restricted category of illicit drug.

But while the agency was caught off guard, its opponents were not. For years, a community of psychiatrists, therapists, and activists had been quietly preparing for battle, gathering the evidence they would need to make the case that 3,4-Methylenedioxymethamphetamine is relatively safe and holds significant therapeutic potential. No one predicted how close the small band of advocates would come to toppling the administrative Goliath they were up against.

Doblin spearheaded the non-profit that led the battle against the DEA, and went on to found the Multidisciplinary Association for Psychedelic Studies, which continues to press for the legal use of MDMA and marijuana in medical and other contexts. MAPS has kept an impressive archive of documents from the protracted legal fight against the DEA.

Doblin anticipated the MDMA crackdown to come when the drug started to leak out from therapeutic settings and into the public, where it was sold as the party drug “ecstasy.” By the time of the judicial hearing in 1985, Doblin had amassed a group of professionals to speak publicly to the medical benefits of the chemical. George Greer, a psychiatrist based in New Mexico, told the judge he had guided 79 patients through therapy sessions assisted by MDMA, and that they all reported significant benefits with no serious adverse reactions. Another doctor, Joseph Downing, reported his own experiences offering therapy to patients under the influence of MDMA, including a woman who reported that she was finally able to overcome her trauma from a brutal sexual assault only after that treatment. Renowned Harvard psychiatrist Lester Grinspoon urged the judge not to hastily ban a substance with significant potential for the treatment of mental health conditions, which would effectively shut down all medical research, as had happened previously with LSD.

It was an impressive showing, but the advocates themselves didn’t hold much hope for swaying the judge’s opinion. “We didn’t know that the DEA administrative law judges sometimes contradicted what the DEA wanted — we just thought that this was going to be a battle that we’d argue out in the media, and we’d delay them a little bit, but in the end we’d lose,” Doblin said.

Judge Francis Young flat out rejected the DEA’s arguments that MDMA was a drug with a high potential for abuse with no accepted medical use, and recommended instead that it be placed in Schedule III within a year. That level is reserved for substances with medical usefulness and a low to moderate potential for abuse — current drugs on that schedule include ketamine, anabolic steroids, and Tylenol with codeine. “When the judge said that it should be Schedule III, and that it should remain available to therapists, we were just shocked,” says Doblin.

The judge was unequivocal in finding that MDMA should still be allowable as a therapeutic device. He disagreed with the DEA that a substance must have FDA approval to satisfy the criteria of “accepted medical use.” The FDA regulates drug commerce, not how doctors do their jobs, wrote Young. “One can only conclude that, in the context of the battle over marijuana, FDA temporarily lost sight of its long-acknowledged lack of statutory authority to regulate the practice of medicine.” The judge warned of the dangers of conflating FDA approval with medical use. To do this would equate commercial value with therapeutic value, ignoring that some useful drugs are sometimes unpatentable and unprofitable.

The fact that a “respectable minority” of physicians actually use MDMA in their practice is enough to support “accepted medical use,” Young wrote. “No evidence was produced of any instances where MDMA was used in therapy with less than wholly acceptable safety.”

The judge’s opinion was damning, but it wasn’t the end of the story. An administrative judge only has the power to recommend a course of action — the ultimate say rests with the administrator. And DEA administrator John Lawn simply assigned MDMA to Schedule I anyhow.

This led to a series of appeals from the advocates, and while the court of appeal has the power to compel the DEA, they typically will order the administration back to the drawing board rather than outright telling it what course of action to take. So if the appeals court rules that the DEA’s reasons for putting MDMA in Schedule I are invalid, the DEA can simply come up with a new set of reasons to come to the same conclusion.

“The administrative agencies get major opportunities to just delay and delay and delay, by coming up with all sorts of bogus things, because it takes a long time to argue it out in the courts,” says Doblin. If delay was the strategy, then it ultimately worked. Although the appeals process resulted in MDMA being briefly struck from the schedule of controlled substances, the DEA put it back on less than a month later, in February 1988, which is the decision that stands to this today.

At that point, the advocates turned their energy to similar court cases involving marijuana, says Doblin, rather than filing for further appeal. He had previously split from the group over political differences — while Doblin publicly advocated for complete legalization of MDMA, many of the medical professionals in the group preferred the less radical tactic of asking the DEA to keep recreational use illegal without placing undue restrictions on therapeutic use and research.

Thirty years on, the debate over therapeutic uses of MDMA, marijuana, and other banned drugs have been reinvigorated thanks to promising research findings, a shifting cultural perspective, and the hard work of advocates against the failed War on Drugs. Doblin’s organization, MAPS, functions as a non-profit pharmaceutical company, funding the lengthy and expensive clinical trials required to get MDMA and marijuana approved as medicines by the FDA.

The organization hopes for approval to begin Phase III trials, the final and most arduous step, by the end of this year. Earlier trials, which have tested MDMA-assisted therapy for anxiety and depression in terminal cancer patients and for PTSD, have shown remarkably positive results, with patients showing lasting positive benefit after just one or two sessions with the drug. If the Phase III trials go as well, use of MDMA in psychotherapy could be FDA-approved by 2021, according to MAPS. That would force the hand of the DEA, making the agency finally, permanently remove MDMA from the restrictive Schedule I and acknowledge its accepted medical use.

For Doblin, it’s been a long time coming, but he’s perennially optimistic. “It’s looking good! It’s looking promising! It’s right around the corner!” The real shame, he says, is that we’re 30 years behind where would be if the DEA hadn’t imposed its prohibitionist agenda.

Doblin doesn’t believe that the DEA had public interest and public safety as primary motivations for banning MDMA. “I don’t think that they were really thinking that this is a terribly dangerous drug. I think they were thinking, this is a drug that causes consciousness change, people are liking it, and this gets in the way of drug prohibition. It wasn’t about terrible dangers of MDMA, and the ecstasy-related brain damage was vastly overhyped, as we can tell now from 30-plus years later. There’s not a lot of walking wounded brain damaged people.”

There are mountains of evidence to support the position that the War on Drugs failed as policy, and there are even indications that, from the start, it was engineered as an attack on political enemies, not the dangers of drug use. Take this astonishing quote from a former Nixon aide, as told to a Harper’s reporter in 1994:

The Nixon campaign in 1968, and the Nixon White House after that, had two enemies: the antiwar left and black people. You understand what I’m saying? We knew we couldn’t make it illegal to be either against the war or black, but by getting the public to associate the hippies with marijuana and blacks with heroin, and then criminalizing both heavily, we could disrupt those communities. We could arrest their leaders, raid their homes, break up their meetings, and vilify them night after night on the evening news. Did we know we were lying about the drugs? Of course we did.”

Thirty years from now, Doblin envisions 35,000 psychedelic therapy clinics around the country where people can go to receive support while taking not only MDMA, but other mind-altering and potentially beneficial substances like psilocybin mushrooms and LSD. He still believes the drugs should be legal for recreational use, too, and imagines a sort of driver’s licence model where people first take the drugs under supervision, and with the approval of a professional, receive permission to purchase and take home drugs for personal use.

That’s the world Doblin believes we’d already be living in today, if not for the U.S. government’s stubborn support of drug prohibition and criminalization. “We wouldn’t be having the massive crisis that we’re having now with 600,000 veterans receiving disability benefits from the veterans’ administration for PTSD,” he says. “It would be dramatically, radically different. And it will be dramatically, radically different 30 years from now.”