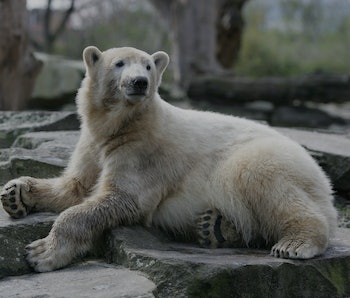 Earlier in December, Donald Trump’s transition team sent a request to the Department of Energy for a list of all DOE employees who have worked on fighting climate change. The DOE refused this request, fearing what Team Trump would subsequently do with those names. The request, in addition to conjuring up the specters of past political witch hunts, put a rare but much needed spotlight on the oft misunderstood and unrecognized Department of Energy.

When it’s not looking after the country’s nukes or discovering the Upside Down in a certain Netflix series, the DOE arguably does more than any other government agency (with the the obvious exception of the Environmental Protection Agency) to combat climate change. It’s work that needs to be recognized if the public wants to prevent Rick Perry from gutting the agency he once promised to eliminate entirely from the federal government.

With respect to climate change, the Department of Energy can be viewed, under President Obama and his current Secretary of Energy Ernest Moniz, as something of a research and development counterpart to the EPA. Where the EPA concerns itself with regulating existing energy technologies — most notably fossil fuels — the DOE sponsors and participates in a number of domestic and international programs with the intent of developing newer, cleaner, and more efficient ways of powering the country.

Much of the DOE’s recent activity around climate change has fallen beneath the umbrella of President Obama’s Climate Action Plan. The DOE is one of 24 participants in the Clean Energy Ministerial, an international coalition of nations’ energy departments that seeks to foster global advancements in energy technology. According to the DOE’s website, “The CEM pairs the high-level political engagement of energy ministers and other high-level officials with year-round initiatives and campaigns to provide a powerful combination for accelerating clean energy policy and technology development… As such, it is expected to play a critical role in helping countries achieve the clean energy and climate goals put forward as part of their Nationally Determined Contributions in the Paris Agreement.”

On the domestic side of things, the DOE runs more than 20 laboratories across the country, many of which specialize in this same kind of clean energy tech. Among the most notable of these is the National Renewable Energy Laboratory. It’s focus, as its name suggests, is on renewable energy and the relevant technologies to make this kind of energy ubiquitous and affordable.

The scope of the research sponsored by the DOE is broad, extending beyond what most would consider traditional renewables. Brookhaven National Laboratory on Long Island, for example, houses research “in nuclear and particle physics to gain a deeper understanding of matter, energy, space, and time; apply photon sciences and nanomaterials research to energy challenges of critical importance to the nation.”

This is but a small portion of the vast and world-changing work involving climate change done by the DOE. It often goes unrecognized, but to lose these projects under Donald Trump’s administration would be a crushing blow to the state of science in the United States. Science itself will still continue, of course, but it will be under the auspices of a nation other than America, one that is more friendly to its presence. Trump’s attitude so far toward the DOE might actually hand China the “win” that Trump can be heard complaining about so often.