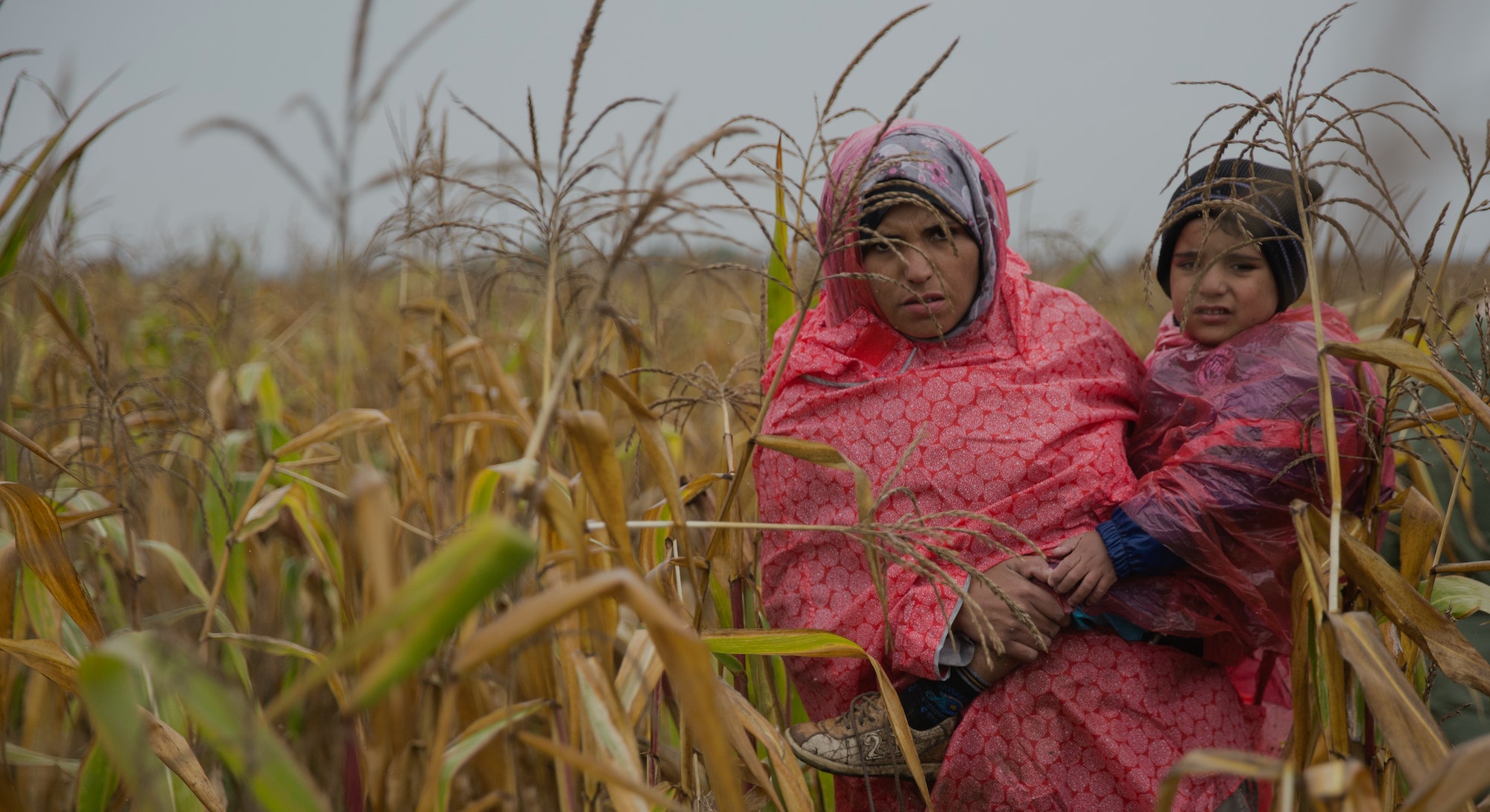 The Syrian conflict has often been referred to as a climate change war, the millions of Syrians who have fled its climate change refugees. This is not exactly true. There is good evidence to support that drought — exacerbated by climate change — was a major factor in the Syrian uprisings. But it’s a lot more complicated than that.

Warmer temperatures translate to an uptick in violence. A 2013 review paper published in Science examined 60 papers across various disciplines that correlated extreme weather with violence. The trend was remarkably consistent: More heat equals more conflict. “It was striking for us to read about everything from Hindu-Muslim riots in India, to land invasions in Brazil, to crime in Australia, to civil war in Africa, domestic violence in the U.S.,” lead author Edward Miguel tells Inverse. “Nearly all of them showed this relationship where higher temperature was associated with more violence.”

It seems warmer temperatures spike violence on multiple fronts. It works at a basic, physiological level — police are more likely to shoot their guns in training exercises when nothing has changed except that the temperature of the room has been increased. But there are also indirect effects — the more chaotic and extreme weather associated with a warming and changing climate leads to agricultural losses and economic uncertainty, which elevates social tension and leads to civil strife.

And that appears to be exactly what has happened in Syria — although, of course, the story is not that simple.

Syria’s Drought Was Made Worse By Climate Change

Bad weather isn’t a sufficient condition for civil war, but it can take simmering social tension and churn it up to a boil. Between 2007 and 2010, Syria and neighboring regions experienced the worst, most persistent drought on record. The lack of rainfall led to crop failure and mass migrations from rural areas to cities. “The war and the drought, they are the same thing,” a 30-year-old farmer named Mustafa Abdul Hamid told Scientific American.

Syria’s drought was not so much the cause of the conflict as the catalyst, and in the same way, climate change fueled but did not cause the drought.

Climate scientists, however, are reluctant to argue that global warming caused or didn’t cause a particular extreme weather event, and for good reason. Weather is a chaotic system, and natural disasters were a feature of this planet long before humans came along. And yet, all the data points to how droughts and storms may sit at the cusp of taking things from bad to devastating.

Sure, the Syrian drought might have occurred without the influence of climate change, but climate change made it much more likely. This increase can be quantified using computer models that predict the likelihood of weather events. According to a study published in the Proceedings of the National Academy of Sciences, Syria’s 2007-2010 drought was made two to three times more likely because of climate change.

Rebel Syrians Fought Their Government, Not Each Other

A common narrative of the Syrian crisis goes something like this: Climate change led to drought, which led to rural strife, which led to urban migration, which led to conflict over scarce resources, which finally disintegrated into war. That’s both too simple and not entirely correct. The rebellion rose up in opposition to the government, not as a conflict between farmers and urbanites, as the Climate and Migration Coalition has shown. There were factions among both newcomers to the cities and those who had been there for a generation who united to blame Assad and his government for the country’s troubles and wanted to see the regime overthrown.

Assad’s father and predecessor, Hafez al-Assad, instituted policies beginning in the 1970s designed to increase agricultural production with an eye towards food independence. But these incentives pushed water resources in the country — much of which is desert — past sustainability. Over the years, wells had to be drilled deeper and deeper as the water levels fell. The current president ruled in 2005 that no new wells could be dug without government permission, and corruption and bribery proliferated as farmers and residents did what they could to access the water they needed.

Once the drought hit, the country’s agricultural system was already running on empty. This wasn’t the only criticism of Assad’s regime, but it certainly was a salient one at a time of widespread crop failure and livestock losses.

Seeing the relatively quick success of civilians working to overthrow regimes during the Arab Spring, anti-government groups in Syria worked to dispose of their own president. The government’s response was brutal and swift, and neither side could topple the other. Factions formed. Violence intensified. Millions fled.

These people are definitively not climate refugees, fleeing rising tides or a bad storm. Maybe if they left because of famine that followed drought, they might qualify. But that’s not the case. They are fleeing political conflict between factions at war. Climate change didn’t cause the war; it served in fact to catalyze conditions that were already ripe for civil unrest. To call these migrants climate change refugees dilutes the definition and misses the point.

This Will Happen Again

Syria’s situation is unique, but the conditions that led to it are not. Corrupt government and short-sighted policies are common, and extreme weather events are on the rise. That Science review paper predicted that violent conflict in Africa could rise as much as 40 percent by 2050 if global warming goes along unchecked.

Even the recent election of Donald Trump has been described as a reaction to government corruption. “Like the people of Mosul in Iraq or northern Nigeria, who traded intolerably corrupt regimes for Islamist crusaders who were worse, Americans will wake up in January under a system that is more corrupt than the one that fueled their rebellion,” Sarah Chayes said in Foreign Policy. “That is the irony of resorting to a wrecking ball to bring down a corrupt regime. Too often, the kleptocratic networks prove resilient, while those who revolted end up with crushed heads.”

Syria offers a lot of lessons. But one of the most important ones here is to take climate change seriously. A good dose of foresight and prevention will go a long way to insulating Americans from climate change’s worst impacts, including coastal erosion, bigger storms, more forest fires, and longer droughts. But if Donald Trump hands the keys of the government to the fossil fuel industry, as he appears inclined to do, the people of the United States will know who to blame if things get really, horribly bad.