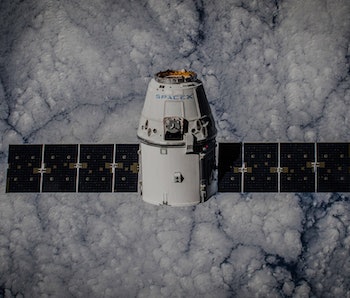 With six successful Falcon 9 rocket landings under its belt, SpaceX wants to take reusability to the next step: refly a Dragon capsule. This will allow the company to focus its efforts on the next-generation Dragon that will transport crew and cargo.

During a presentation at the International Symposium for Personal and Commercial Spaceflight (ISPCS) this week, Benjamin Reed, director of commercial crew mission management at SpaceX, said the company is planning to fly a previously used Dragon spacecraft on its eleventh Commercial Resupply Services (CRS) mission (named CRS-11), which is on the books for sometime in early 2017.

SpaceX hopes to reduce the cost of spaceflight to make it more accessible. As such, the company designed the Dragon — and the Falcon 9 on which it flies — to be reusable.

However, according to its agreement with NASA, SpaceX is required to use a new Dragon each times it flies to the space station. By demonstrating to NASA that the vehicle can be safely reused, SpaceX hopes that NASA will change its view.

Reed said at the conference on Thursday the biggest hurdle is how to prevent salty seawater from entering the capsule when it splashes down into the Pacific’s corrosive salt water.

SpaceX launched its latest resupply mission on July 18, and is contracted to use the cargo-only version of Dragon through the end of its current CRS contract. The company has not released how many times each spacecraft can be reflown or even the number of vehicles available to reuse.

But if SpaceX can convince NASA that reflying the spacecraft is safe, it can stop manufacturing the cargo vessel and focus its attention on the Dragon 2 variant, which can carry crew and cargo.

SpaceX has a little time to convince NASA as CRS-11 isn’t scheduled to launch until 2017. However, before that can happen, the company needs to determine what caused a Falcon 9 rocket to explode on the pad on September 1.