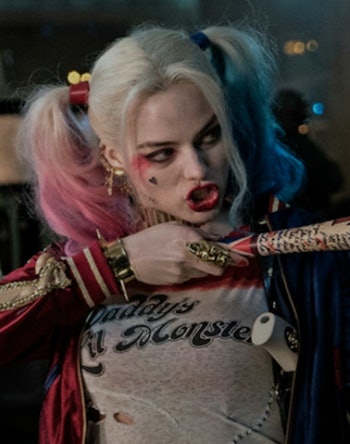 Spoiler alert: Going online can not only result in actual spoilers for your favorite franchise, but also a bevy of potential spoilers in the form of fan theories, speculation, and plain-old-non-educated guesses. From analyzing every single pixel of the latest Rogue One photos, to parsing out interviews with creators, producers, actors, and CEOs of studios, it’s become the province of mega-fans and culture reporters to try and figure stuff that might happen in big films before those films actually come out. The phrase “highly-anticipated” used to mean exactly that: a lot of people were excited about a film. But now, if something is highly anticipated, it also means it’s been completely dissected, and oddly even had an autopsy performed before the film is even released. There’s plenty of evidence that “spoilers” don’t “spoil” anything at all. But what about preconceived opinions?

Think about it: if you’re a superfan of sci-fi, fantasy, or superhero movies, when was the last time you saw a movie on opening day with zero preconceived opinions about how you’d feel about it? The 90’s? How was it possible for you to not go into Batman V Superman or Captain America: Civil War without even a little bit of positive or negative bias in either direction? Chances are, for most people, pre-buzz probably made your mind up for you, or at the very least, nudged you in one direction or another.

Metrics for gauging pre-release buzz are tricky, though with social media dominating the way fans communicate about their favorite properties, it, in turn, has become a way for journalists to keep an eye on what “the kids” are into these days. Right now, Suicide Squad’s marketing is an interesting example because its courting of various audience demographics seems to have given it the status of most “buzzed-about” movie of this summer. While this buzz might not have any real causation in terms of box-office numbers or critical reviews, there does appear to be some kind of emerging correlation.

If enough professionals repeat the idea that something is being marketed well, a feeling of “rooting” for that film emerges. Guardians of the Galaxy accomplished this in 2014 by hitting humor and nostalgia buttons expertly to get people jazzed about a collection of characters most people had never heard of, nor cared about previous to its inception. Brand loyalty to the Marvel Cinematic Universe certainly helped, but confirmation bias about wanting this movie to be as good as everyone said it was going to be, helped more.

In psychology, confirmation bias is defined as “the tendency to interpret new evidence as confirmation of one’s existing beliefs or theories.” So, if you went into Guardians of the Galaxy excited to see it, then, there’s a chance the various things in the movie confirmed your bias, and then caused a lot of people to say: This movie is this generation’s ‘Star Wars!’ This is closely related to the phenomenon of “priming,” which asserts that exposure to certain stimulus “primes” your brain for interaction with similar stimulus later.

Trailers then, “prime” you for stuff in a movie before you see a movie. A good example of this would be some of the coolest lines from The Force Awakens being depicted one way in the trailers (“It’s true. All of it.”) and then being delivered a little bit different in the actual film. Of course, trailers are made after the films themselves, meaning this priming effect is being manufactured after-the-fact. But critical analyses, fan theories, and speculation do obviously occur before the film (or TV show) is released, and therefore prime certain kinds of fans with biases before viewing.

For example, I personally predicted that Han Solo would die in The Force Awakens and that Kylo Ren would be revealed to be his son and his murderer. I did not have inside information nor did anyone associated with the production of the film tell me this. Still, I had a belief – very close to religious faith – that it would occur. Online, I read a small number of theories supporting my thoughts, meaning, when this event occurred in the film, my confirmation bias kicked in big time: The movie was doing what I expected it to do, and more importantly, I thought it was a good idea. Did this color my overall opinion of The Force Awakens? Of course! How could it not? If you didn’t think Han Solo was going to die, or more importantly, didn’t want Han Solo to die, you probably felt differently than me.

Overwhelmingly, the vast majority of the population experiences movies this way: We arent 100% sure what is going to happen in a given film, and so we chatter and wonder – perhaps forever – about what will happen. The weird thing is, in reality, a lot of this speculation is straight-up moot, because this stuff has already happened. This is very important: Overwhelmingly, we all write about the next season of Game of Thrones or the next Star Wars film or Ghostbusters in almost the same way we write about sports. Predicting or claiming what Batman will do/should do in Suicide Squad or what will happen with Captain Kirk in Star Trek Beyond is spoken about almost exactly the same way Charles Barkley might pontificate about what Steph Curry could do during an NBA playoff game. This is crazy.

The plot decisions in a film like Suicide Squad or Star Trek Beyond or Rogue One have already happened well before “game-day” ever occurs. Meaning, a lot of our theories and speculation about films and TV are like placing bets on sporting events that we know are fixed. (I guess some cynics might say this is true of sports anyway, but at least sports occur in real time with non-fictional characters.)

The point is, the act of speculating about what will happen in fictional storylines inherently requires fans to be practically swimming in our own cognitive dissonance. We know these aren’t real people, and we know other real people (writers, studios heads, directors) have decided what will happen to these characters months before the events actually “happen” for us. And yet, the amount of speculation and buzz around big movies has turned an intellectually duplicitous pool party, into an ocean circling with sharks.

And as the feeding-frenzy of the latest tidbits of news start to leak out for Star Wars or Indiana Jones or whatever, how can the act of seeing these films hope to satiate the appetites of the lunatics we’ve all become?