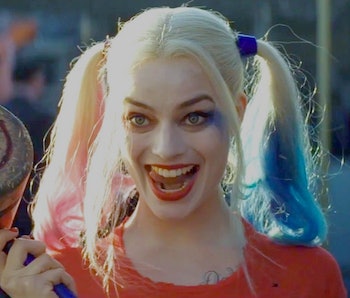 From the first shred of news about the existence of a major motion picture focusing on Suicide Squad, anticipation from fans and the press has been decidedly mixed. As DC attempts to establish a brand of interconnected superhero films, which started with Man of Steel and continued with Batman v Superman — all funneling into the capstone film Justice League — the decision to also release a film in the same continuity (focusing on a squad of C-list super-villains) was initially considered a mistake. But now, as we close in on the actual release of Suicide Squad it appears DC’s big gamble is garnering a respectable amount of buzz.

As Deadline Hollywood reports, social media buzz around Suicide Squad is “outpacing” Rogue One, Star Trek Beyond and Fantastic Beasts and Where to Find Them. The takeaway seems to be this: the tentpole movie about weird dark horses might be the dark horse of this season’s crop of big movies. Whether or not fans or general moviegoers actually understand what’s going on in Suicide Squad doesn’t seem to be the issue, because social media is getting amped up.

While the hashtag #squadgoals has yet to be appropriated by Suicide Squad nearly every single piece of promotion released for the film seems to be delivering a very clear message: this movie is potentially very irritating to people who would be interested in a “regular” superhero movie. This is, in fact, not your parent’s DC superhero film. While the Comic Con Trailer had a slightly somber feeling, the two subsequent trailers have emphasized amoral “fun,” over “darkness.”

The recently released posters for this film seem to hit the quirky stride of the Suicide Squad brand: Baby Juggalos-meets-a-Kick-Ass vibe, with a dash of Lisa Frank. How else can you explain this breakfast cereal thing?

But, with appearances from Batman in the last trailer plus direct mentions of Superman, Suicide Squad is also backhandedly courting the faithful. Like the lawless criminals in the movie itself, Suicide Squad might also be on the straight-and-narrow to building a mega-franchise, even if it’s not the kind of DC franchise old-school fans actually want. In a way, this is brilliant. The rank-and-follow loyalists will go see Suicide Squad to get a better sense of what’s going on with Ben Affleck’s Batman and Jared Leto’s version of the Joker. Meanwhile, perhaps a different audience will go see the movie and rave about it because they’re obsessed with Margot Robbie’s as Harley Quinn or Karen Fukuhara’s as Katana.

Who is that different audience? I think it’s cosplayers – and, specifically, female cosplayers. With Harley Quinn, Enchantress, and Katana, this movie has three female comic book characters front-and-center, and each is visually unique enough to inspire cosplay. For that reason alone, this movie might connect with the cosplay population more than other films of its ilk. Suicide Squad might be the first new superhero movie playing to this newer cosplay fan base instead of the old one.

Still, social media “buzz” doesn’t translate necessarily translate to box office sales, critical adoration, or even — as I’m predicting — encouraging droves of fans to alter their Harley Quinn cosplay to match Margo Robbie. But, the fact that this superhero movie is coming up from behind, and considering the changing face of fandom, Suicide Squad might be less of anomaly, and more of a possible blueprint of the future of the comicbook movie genre.