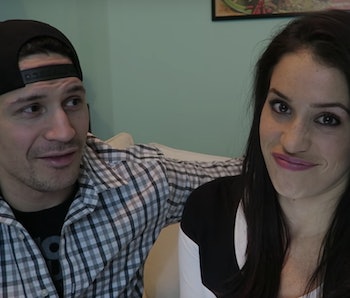 Since 2006, 23andMe has sequenced the DNA of 800,000 customers who each paid $99 to learn about their ancestry and any health-related concerns. Now, the company has announced that all that data is up for sale.

Genentech, a biotech corporation and an early investor in 23andMe, has already committed to pay up to $60 million to access the genomes of 3,000 Parkinson’s patients who have been tested through the popular DNA sequencer.

23andMe founder Anne Wojcicki has never been shy about her ambitions, even likening the project to a Google for genetic information. And while 23andMe’s individuals customers have always consented to having their data shared in aggregate, Genentech is now seeking individual information. The company will have to seek new permissions from those people whose genomes Genentech wants to acquire, but it’s not clear if those Parkinson’s patients will be eligible for a cut of the money.

Genentech is paying $10 million upfront, with the potential for an additional $50 million down the road. That bill of sale means the genetic information of a single Parkinson’s patient is worth as much as $20,000 to a major biotech firm.

It also raises the question of how long until those people get a cut of the deal. After all, 23andMe customers paid $99 to have their own spit analyzed, but shouldn’t that at least come free if the company stands to profit handsomely off the data?

Google has become one of the world’s largest companies, worth over $600 billion, simply by collecting data about our lives — our interests, activities, and desires — and selling it to advertisers. Our DNA, on the other hand, directly underlies much of who we are. Our diseases, our intelligence, and our very nature are all linked to our genetic codes, meaning we all have some information in our DNA that companies would be willing to pay serious money to access.

Biotechnology companies and academic researchers currently need to assemble genetic databases on their own or access the few open-source genomes available. It’s an arduous and expensive prospect, limiting the potential of current research. A database of 800,000 complete genomes definitely stands to change the game for all these investigators.

It’s not clear why it has taken 23andMe so long to begin to sell this information, considering the huge potential for profit. But the company has only recently settled a long-running dispute with the FDA over the information it reveals to customers in its health reports, so the recent monetization will have likely been in the works for years. And Parkinson’s research may be a worthy cause to announce as the forerunner of the massive genomic marketplace, but medical research is far from the only field willing to pay for this information.

Big genomes may offer the key to research into the genetic basis of human disease and behavior but may also allow us to begin to think about modification. Gene therapy is a lofty dream of genetic researchers. Its applications are manifold and certain benefits, like for someone with muscular dystrophy, manifest.

Our genomes have been the ultimate mystery since Watson & Crick unveiled the double helix over half a century ago. A whole genre of YouTube videos has since sprung up around people live-streaming their responses to their 23andMe profiles, as they discover their ancestry and even their risk for certain diseases. We just can’t wait to see those customers learn how much money 23andMe is making off their DNA.

More like this
Innovation
Jan. 16, 2023
An ambitious plan could help repair one of California’s biggest ecological catastrophes
By The Conversation, Robert Glennon and Brent Haddad
Innovation
Jan. 12, 2023
Government-issued digital currencies could bring about a dystopian future, security experts warn
By Molly Glick and Rahul Rao
Science
Jan. 12, 2023
This oil giant accurately predicted global warming — and still lied about it
By Tara Yarlagadda
LEARN SOMETHING NEW EVERY DAY.
Related Tags
Share: