“These are cases that defy explanation.” 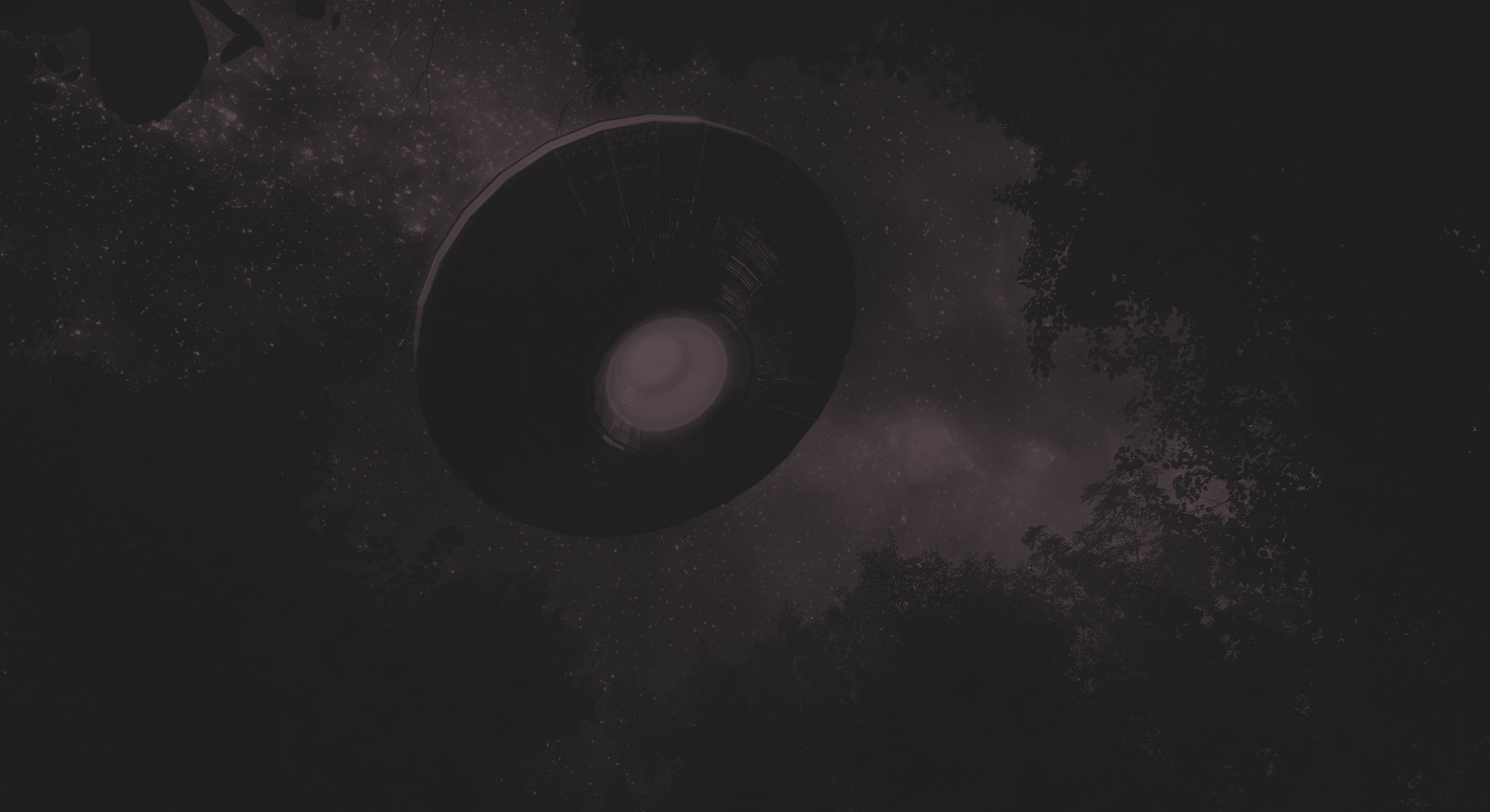 Ten years ago, it was a meme based on the Ancient Aliens TV show on the History Channel.

Today, UFOs live in the present. They’re flying high on 60 Minutes, they’ve landed on the pages of the New York Times, and in the esteemed columns of the New Yorker. And the Washington Post. The drip-drip of videos asserting their existence has turned into a steady flow in the last five years.

An imminent Pentagon report — due out June 25 — could put the question of whether UFOs are real to bed. UFO expert and scientist Mark Rodeghier recently told Inverse in an interview what we probably will learn from the government’s alien report.

Rodeghier, who is the scientific director at the Chicago-based Center for UFO Studies, has spent decades using the tools of science to investigate UFOs. He says every new dollop of evidence that’s come out — leaked military videos, iPhone footage, and more — is building to something historic.

First, the bad news: Rodeghier predicts the report will be inconclusive. It will find “there are some sightings that remain unexplained even after our best efforts that we don't know what they are,” he tells Inverse.

But here’s the good news: It may also recommend more attention is paid to these phenomena — and taking UFOs seriously is Rodeghier’s raison d’etre.

“If a government report comes out that simply says, yeah, there are really UFO sightings that are unexplained, that’s a step forward,” he says.

The upcoming Pentagon report is unlikely to address any historic cases like the three below that he mentioned to Inverse, but the report could shed a light on the more recent UFO sightings that have made the news.

Rodeghier says the report has had a (perhaps unintended) side effect: It has inspired more professional researchers and others to come forward who are willing to investigate lights in the sky with CUFOS.

“It’s hard to say,” he says when we ask him if the Pentagon report will make more people take these UFO phenomena more seriously.

“The momentum is clearly in our direction.”

“But the momentum is clearly in our direction,” he says. “The wind is at our back on this one, and all indications are that it’s not going to stop.”

UFOs have come a long way from fringe publications like Fate and Fortean Times. The new attention is spurred by a series of (sometimes leaked) videos, acknowledged by the U.S. military to be of unidentified aerial phenomena — Pentagon jargon for unidentified flying objects.

The current-day mania is actually the product of decades of research into witness accounts of unexplained lights in the sky. These phenomena have also sparked official government investigations by the military under Project BLUE BOOK and the Air Force-funded Condon Committee.

A key player in both projects was J. Allen Hynek, an astrophysicist-turned-UFO investigator who founded the Center for UFO Studies. (After Hynek died in 1986, Rodeghier became its scientific director.)

Rodeghier has high hopes for the Pentagon’s upcoming report on UFO sightings. First, the report will shed light on an obscure program called the Advanced Aerospace Threat Identification Program — the first government investigation into UFOs since Project BLUE BOOK shut down in 1970.

Historic UFO sightings you need to know about

Recent UFO sightings have stood out from decades of photographs and grainy videos for one big reason: They have come from military sources and been acknowledged by the Pentagon. They are:

With so many famous sightings out there — some of which date back to at least 1947 —Rodeghier highlights three of the strongest cases suggesting UFOs are real. But he isn’t willing to say they’re aliens — yet.

“As far as the ultimate origin — time travelers, aliens, take your pick — we are firmly on the fence, very agnostic scientifically,” he says. “The reason is simple: Scientifically, we don’t have enough data to be able to conclude what’s behind the phenomena.”

On November 2, 1971, a mushroom-shaped craft purportedly landed in Delphos, Kansas — a tiny town about 140 miles west of Wichita.

Here’s what happened: Local teen Ronald Johnson reportedly heard a sound outside a small shed and, about 75 feet away, he spotted a craft under a tree. He estimated the object to be nine feet in diameter and 10 feet tall. It was glowing blue, red, and orange, he reported, and it hovered over the ground. Johnson claimed to have been temporarily blinded by the brightness of the craft, and his vision took a few days to recover.

When Johnson’s family came outside to investigate what was going on, the object was gone but there was a ring singed into the ground. Johnson’s mother took a single Polaroid of the ring without a flash. The Johnsons claimed the ring glowed for more than a day after the sighting.

The ring was cool to the touch, the family reported. They also claimed it had a crystalline texture, and that when they touched it, their hands went numb.

“It’s probably the most in-depth trace case that has ever been investigated because we were fortunate to get some cooperation with people [and] a good investigator there shortly after it to get soil samples and all the rest,” Rodeghier says.

On October 18, 1973, a UFO was spotted near Charles Mill Lake, a lake near Mansfield, Ohio. U.S. Army Reserve officer Larry Coyne was piloting a military helicopter along with a crew of four enlisted men when one reported seeing a light in the distance.

The light began approaching the helicopter at speed. Whatever was emitting the light was on a collision course with the helicopter, but it suddenly stopped in the air — slightly above and in front of the chopper.

The helicopter was bathed in a green light — as if something were scanning it, the men reported. When whatever was emitting the light disappeared, the now-shaken crew realized the chopper was 2000 feet higher in the air than it should have been.

Don’t just take their word for it, Rodeghier says.

Something weird was afoot in the Hudson Valley in the mid-1980s.

From 1983 to 1986, hundreds to thousands of people reported seeing a V-shaped craft that came to be known as the Westchester Boomerang. Rodeghier calls it not so much an encounter as more like a “series of events,” in which “thousands of people” bore witness to what appeared to be a fleet of low-flying, slow-moving craft.

“They were absolutely something that defied... being standard aircraft of any type,” he says. “This is way before drones were around.”

Each craft was reported to be about 300 feet across, and they displayed strange lights. The biggest incident took place on July 12, 1984, when the apparent UFOs were spotted across five counties in two states: New York and Connecticut. Later that month, a similar craft — or perhaps the same one — was reportedly seen hovering near the Indian Point Energy Center, a nuclear plant there.

This was one of the last cases Hynek himself investigated before his death. The findings were published in the book Night Siege: The Hudson Valley UFO Sightings.

“These are cases that defy explanation,” Rodeghier says.

Of course, there are other high-profile cases. We asked him about them.

The 1997 “Phoenix Lights” had thousands of witnesses, including actor Kurt Russell and then-Arizona Governor Fife Symington. But Rodeghier says that many of the sightings could be attributed to flares from a National Guard exercise. “It’s not as solid, I think, as the ongoing series of events, for example in Hudson Valley,” he says.

Rodeghier believes two widely publicized crash cases happened: the 1947 incident at Roswell and a 1965 incident in Kecksburg, Pennsylvania. On the former, he’s “convinced that something very unusual was found and recovered.”

But many of the details of these incidents come from decades-old accounts and don’t carry a ton of substantiating evidence. There’s no way to know that the Roswell incident wasn’t just military craft or that the Kecksburg event wasn’t actually Soviet satellites that had crash-landed.

What about the not-so-secret military hub in the Nevada desert?

“Area 51, of course, is absolutely real. And we know what they do there, which is develop secret aircraft,” Rodeghier says. “I don’t think they develop back-engineered UFOs there, but I will say this: If we were back-engineering UFOs, that is where they would work on them.”