The Solar System may actually have a ninth planet 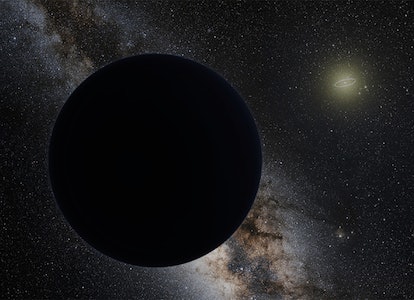 For more than five years, astronomers have been on the hunt for a mysterious planet they believe may be orbiting the Sun at a much further distance than Uranus and Neptune.

The theory of Planet 9 was born in January 2015, based purely on mathematical calculations.

The evidence suggested a Neptune-sized planet orbits our Sun in a highly elongated orbit beyond Pluto. This hypothetical planet may have a mass about 10 times that of Earth and orbit about 20 times farther from the Sun than Neptune, the eighth and farthest known planet from the Sun. But the hypothetical planet is still pure math.

INVERSE IS COUNTING DOWN THE 20 MOST UNIVERSE-ALTERING MOMENTS OF 2020. THIS IS NUMBER 6. SEE THE FULL LIST HERE.

In July this year, a team of scientists from Harvard University claimed to have come up with a method to determine once and for all whether there is a planet orbiting our Sun beyond the traditional bounds of our Solar System.

Surprisingly, the method they propose is actually supposed to do a different kind of detective work — discovering black holes lurking in the outer Solar System. They think the new method will enable scientists to figure out whether Planet 9 not only exists, but whether it is actually a planet or a black hole.

The new method detects black holes based on the flares emitted when a comet intercepts their path.

The team plans on using Rubin Observatory's Legacy Survey of Space and Time, a wide field, 10-year survey of the skies planned to launch in the year 2022, to observe accretion flares by small Oort Cloud objects interacting with black holes in the outer Solar System. The Oort Cloud is a (also theoretical) cloud of small, icy objects that surround the Sun at a distance, reaching some 3.2 light years away.

In doing so, the team hopes to be able to separate the planets from the black holes.

And they are hoping to start with the mysterious Planet 9 as their first candidate, which they believe could in fact be a black hole with a mass similar to that of a planet.

Although its existence is still theoretical, the direct detection of a ninth planet would be the first discovery of a new planet orbiting the Solar System in two centuries. So, it's kind of a big deal we find it.

INVERSE IS COUNTING DOWN THE 20 MOST UNIVERSE-ALTERING MOMENTS OF 2020. THIS IS NUMBER 6. READ THE ORIGINAL STORY HERE.