Why are pets so good for mental health? Science explains

“He was my reason for getting up in the morning.” 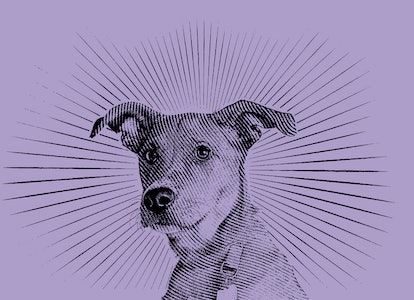 It’s no secret this past year has taken a toll on our collective mental health. Between lockdowns that shut down social life and the uncertainty of a world racked by Covid-19, it’s been a lot.

But for millions of people around the world, there’s one factor that’s helped keep them afloat: their pets. Humans have forged stronger bonds with existing pets and adopted new animals at a rapid pace during the pandemic.

The benefit of a pet is something you might feel, but it’s harder to explain exactly why you feel that way. To remedy that, Inverse spoke with pet owners and animal behaviorists to explain just how animals helped some emotionally survive the pandemic.

Are pets good for mental health?

“I do believe that the pandemic has changed our relationship with many things, including our bond with our pets,” Katherine Pankratz, a board-certified veterinarian at the Animal Behavior Clinic, tells Inverse.

Dogs can be especially helpful, Carri Westgarth, a lecturer in human-animal interactions at the University of Liverpool, previously told Inverse. According to Westgarth, dogs can boost social capital by helping you make friends with your neighbors — they’re easy conversation starters and put you in proximity with people that you might not otherwise encounter.

Given the sheer number of Twitter users who have testified to meeting their neighbors while walking their dogs during the pandemic, there’s likely some merit to Westgarth’s hypothesis.

But perhaps the biggest way that pets have helped boost our mental health during the pandemic? Simply by lifting our spirits.

Over time, Milo grew closer to Boyd’s daughter and stopped showering her with as much affection. But the two were able to renew their bond during the pandemic, Boyd says:

“Since Covid, I am usually the first one up during the week and weekends. He has to have one on one time with me. If I hit my snooze, he's jumps on the bed and meows in my ear to get me up.”

However, this human-pet relationship may not always lead to long-term mental health benefits. A study on companion animal relationships during lockdown found that adolescent dog owners were still lonelier and had fewer social attachments to people during the pandemic as opposed to before. Pets were a “highly used strategy for coping with stress,” but they couldn't replace interactions with others.

How have pets helped us cope with Covid-19?

Pankratz, the veterinarian, says that pet owners’ changing expectations during the pandemic may have also impacted their relationship with their pets.

“People's ability to meet their own needs have also changed, so their expectations of their pet relationship may have shifted to better suit those needs,” Pankratz adds.

Michael Manning from Murphy, North Carolina, recently lost a beloved five-year-old dog to congestive heart failure. “He was my reason for getting up in the morning,” Manning tells Inverse. “When it became clear there was nothing I could do to help him I was at such a loss.”

Manning was also recovering from surgery in February 2020, which forced him to stop working due to the potential fear of contracting Covid-19 while in recovery.

“The two pups gave me a focus and a reason to get up in the morning.”

However, Manning found a way to move forward when he and his wife, Lynne, began caring for two eight-week-old Belgian Tervuren puppies, Stijn and Vercingetorix, during the pandemic.

Stijn lived up to his namesake, which is a Belgian word meaning “constant and steadfast,” as did Vercingetorix — nickname “Rix” — who is named for a Celtic warrior.

“The two pups gave me a focus and a reason to get up in the morning,” Manning says. “And now the second pup with each passing week looks more and more like the one we lost. It's like my life ‘preserving’ dog has come back to me.”

Peggy Thompson from Napa, California, has a similar story about her mixed border collie-terrier dog, Molly, which she adopted from a pound four years ago.

“My pet surely helped me in that she forced me to keep a schedule,” Thompson tells Inverse. “She knows when it is time to get up and time to eat. Without her, I would have been tempted to sleep too much.”

How has the pandemic changed our relationship with our pets?

“As they may see their pet more often, many pet owners have been more observant of their pet's behavior and their needs. They may share more empathy to meet the physical and mental needs of their pet through exercise and mental enrichment,” Pankratz says.

Cynthia Stinger from Mount Laurel, New Jersey, has a “beloved cat” Hannibal. Hannibal is a black domestic shorthair cat who spent the first six months of his life in a no-kill animal shelter.

“When I brought him home three years ago, he was very skittish and would hide under the bed at the slightest provocation,” Stinger says.

“However, he still hates the vacuum cleaner.”

He slowly became less anxious over time, but the pandemic really kick-started his socialization, Stinger says. Hannibal enjoys sneaking in naps while Stinger works from home during the pandemic, squishing up between Stinger and the back of her desk chair.

He still hides when guests arrive but has warmed up to Stinger’s boyfriend, even rubbing up against his legs when he works at Stinger’s home.

“In summation, constantly being around my scaredy-cat has made him much more social and accepting of my presence. However, he still hates the vacuum cleaner,” Stinger adds.

That doesn’t mean it’s been all sunshine and rainbows, however. Stinger reports that her other cat, a Siamese tabby named Kitty, has been intruding into her work-from-home life by sitting on nearly all her work equipment and chewing on her notes.

“This winter, we reached an accord when I positioned her on the portion of [the] electric blanket that covers my feet. She gets a warm and happy place next to me to sleep and I don't get my monitor blocked,” Stinger says.

However, not all changes to the lives of pets during Covid-19 were positive. For example, one study examining the effects of the lockdown in Spain found that “pets showed signs of behavioral change that were consistent with stress, with dogs that had pre-existing behavioral problems being the most affected.”

Pets — especially younger ones — thrive on daily routines, and Covid-19 significantly disrupted those routines, leading to some pets getting fatter due to lack of exercise or excessive snacking.

Research has also shown how dogs may reflect their owners’ stress levels, which likely elevated during the pandemic.

Still, despite our cats trodding on our laptops or pups nipping at our heels for extra playtime, for most pet owners, the pandemic has overall strengthened their relationships with their live-in animals — especially during a very isolating time.

“With just my husband and an occasional distanced visit with our neighbors, I would have found the lockdown much harder without [my dog] Molly,” Thompson says. “She was family for us.”