What can a mask mandate even do at this point? 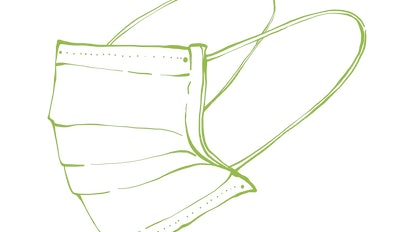 How much difference can a mask mandate make at this point, nearly a year since Covid was first widely identified?

There's an old saying in the space industry: space is hard. Sending a human beyond Earth's orbit and getting them back is a difficult endeavor, no matter how many times it's been done before. It's a lesson that was tragically brought to the forefront on this day in 1986, when the Space Shuttle Challenger exploded a mere 73 seconds into launch, killing all seven astronauts aboard.

The Challenger was primed to be NASA's biggest launch in years. This was in large part due to payload specialist Christa McAuliffe, who was a teacher in New Hampshire. McAuliffe was the final candidate out of 40,000 applicants to NASA's Teacher in Space Project, which aimed to have teachers on Earth bring the experience of space back to their classrooms.

Broadcast in classrooms across the country, the explosion was seen by millions. A commission including Neil Armstrong, Sally Ride, Chuck Yeager and Richard Feynman eventually pinned the explosion on a flawed O-ring, a small gasket that was unable to handle the cold temperatures of the launch.

Our question of the week: Just as the Challenger changed space flight forever, Covid has changed nearly everything we know about mourning and remembrance. Do you support the idea of a national day of remembrance for Covid-19 victims? How should the first anniversary of Covid be noted? Respond on our Google Form and we'll publish our favorite answers next week!

This is an adapted version of the Inverse Daily newsletter for January 28, 2021. Subscribe for free and earn rewards for reading every day in your inbox.

Elon Musk's competition is doing its best to hype itself up. How? By standing on his shoulders. Virgin Hyperloop released a concept video of its futuristic transport system in action, and it looks out of this world.

The company is building on Elon Musk's white paper, first released in 2013, which details a vacuum-sealed pod transit system that can move passengers and cargo at speeds of over 700 mph. On Wednesday, the firm shared footage of how passengers will board these pods, sit back for the ride, and depart at the final stop.

What they're saying: “Designing a new mode of transportation from scratch is both an opportunity and a responsibility.” —Sara Luchian, Virgin Hyperloop’s director of passenger experience.

What would it be like to ride in a hyperloop? →

To put it mildly, ancient fish could be extremely weird. How weird? It's taken decades to find out.

When an Australian scientist uncovered an ancient-looking skull in the 1960s, he thought he'd cracked the code on an evolutionary mystery. This so-called “platypus fish,” scientists had supposed, was just another one of a kind of ancient, jawless, armored fish.

But more than 60 years later, researchers armed with new technology — namely digital X-ray scanners — are being forced to rethink this fish's place in the evolutionary tree. By peering inside the fish's skull, they discovered an even bigger mystery.

By reconstructing the skull using virtual anatomy, the team recreated the bony infrastructure of this fish's brain cavity without disturbing the specimen itself. In doing so, they reveal this ancient fish may actually have had much closer evolutionary links to humans and sharks than previously supposed.

What they're saying: “[These discoveries can] help us understand how the living groups of jawed vertebrates, including the lineage that eventually led to humans, evolved.” —Sam Giles, senior research fellow at the University of Birmingham, to Inverse.

Starry night — 10 astronomical events you need to see this year

2021 is already extremely weird. The world seems to be splintering in a thousand different directions, which is one reason the stars can be so valuable. Looking at the stars on any given night can offer a sense of wonder, but here are 10 events that will really take your breath away.

Some of 2021's early meteor showers will be washed out by the full Moon, but things pick up in April. Get ready now.

What they're saying: “Fundamentally, now it’s about mapping the universe around us.” —Dr. Peter Jenniskens of the SETI Institute, describing a map of meteor showers to Inverse

President Joe Biden is facing a challenge none of his predecessors have been able to tackle: climate change. A mighty foe, its influence seems to be gaining each and every year. Every action the Biden administration takes on climate change will be watched closely, from solar panel tax credits to emissions regulations. Crucially, can Biden find a way to thread the needle between the economy and emissions?

Coming soon on Inverse, a look at how President Biden might handle the climate crisis in the midst of everything else.

Four small steps would be more accurate. Crew Dragon, SpaceX's human-carrying capsule, is about to send the first private citizens into space.

On Tuesday, Axiom Space revealed the four crew members it has chosen for its AX-1 mission. This is expected to be the first mission to ever fly a crew entirely of private citizens to the International Space Station. The AX-1 mission will take place no earlier than January 2022. The plan is to send the passengers to the space station for an eight-day sojourn.

What they're saying: “This collection of pioneers — the first space crew of its kind — represents a defining moment in humanity’s eternal pursuit of exploration and progress.” —Michael López-Alegría, mission commander

Boldly going where no private citizens have gone before →

Mask on — Does a national mask mandate even matter at this point?

President Biden has rapidly reversed some of the Trump administration's policies on climate change, civil rights, immigration, and the economy through executive orders. Biden also swiftly ordered a simple public health measure that could have an outsized positive effect on the Covid-19 pandemic: a national mask mandate throughout federal property and public transport areas.

But how much difference can a mask mandate make at this point, nearly a year since Covid was first widely identified?

What they're saying: “The mask mandate is important symbolically, as it sends a message that the new administration is taking a national, science-based approach to Covid-19.” —Monica Gandhi, infectious disease expert and physician at the University of California, San Francisco, to Inverse.

What a mask mandate really does →

And that's it for the Daily! If you're looking for more, check out the weirdest sci-fi movie on HBO Max.

More like this
Science
8.5.2022 6:00 PM
How is nature connected to well-being? It's complicated, scientists say
By Tara Yarlagadda
Science
8.5.2022 1:00 PM
The most miraculous sci-fi movie on Netflix reveals a scientific debate over aging
By Tara Yarlagadda
Science
8.3.2022 3:44 PM
Ground-breaking technology restores dead organs back to a life-like state
By Miriam Fauzia
Related Tags
Share: