“Star Wars is a new mythology for our times.” 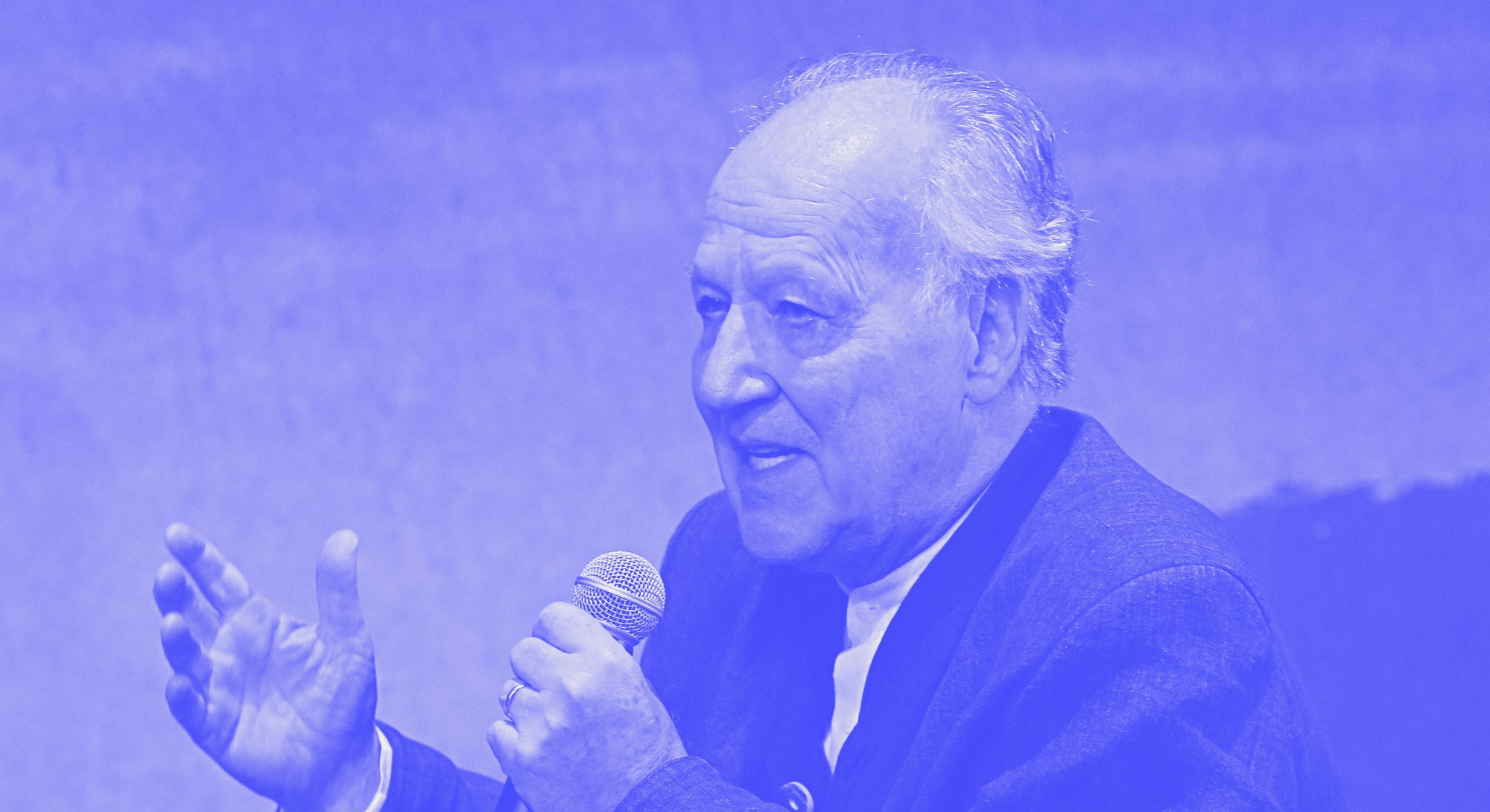 Werner Herzog might have the most recognizable voice in the galaxy.

The legendary director behind cinematic classics, like Nosferatu the Vampyre, and celebrated documentaries, like Cave of Forgotten Dreams and Grizzly Man, has many talents. But he says it's his "strange voice" that has made him famous in pop culture fare like the Star Wars Western The Mandalorian, and the animated series Rick and Morty.

In his latest documentary, Fireball: Visitors From Darker Worlds, Herzog uses that singular tone as the viewer gains a 360-degree perspective on meteorites, from how they influenced human history, to the mysteries they may yet solve.

Herzog tells Inverse he's less concerned than ever that a meteorite will destroy the Earth, but that doesn't mean we shouldn't still be worried about our own extinction.

"It may be 100 million years to go until then," Herzog says, before adding, "within the next thousand years, we may have done such stupid things that we are not around anymore to contemplate it."

The German filmmaker also explains what asteroids reveal about the universe, why he's never watched Rick and Morty, even though it's a "fiendishly intelligent show," and lists the many things that could wipe out humanity before a meteorite ever arrives.

There's a theory that all life on Earth came from a meteorite. Do you think that's possible?

Well, I'm not a scientist. And so far, we do not have any evidence. We don't have any proof. I think it is highly unlikely that life was transported by a meteorite to our planet. Although we have found amino acids, on some meteorites, we even found sugar, but those are all the blocks of knowledge.

Speaking of Star Wars, you were in The Mandalorian. Are you watching the new season?

I have seen the first three episodes, and I've actually seen it in the theater. It was a physical premiere before the pandemic and all the leading makers of the film and the actors were there. There was a crowd of over 1000 selected audience and they were the hardest of hardcore fans of Star Wars.

It was unbelievable. The first credit appears and there's a shout of joy that you cannot describe. The first character appears on screen and there is an excitement. There's mayhem.

Why do you think people love Star Wars so much?

I've never seen the full film on asteroids. We are quoting from Deep Impact, but I never saw the film. I only saw 20 minutes, and I've seen a trailer and I've seen some very brief footage on YouTube. And I said, this looks so extraordinary, we must get hold of the production company that owns the rights. I saw something like 15 or 20 minutes of the entire film with the footage where you see that threat coming down and hitting. I found it very well done, and I was bargaining to get permission to have it in the film.

After making this movie, are you more or less afraid of a meteorite hitting the earth?

No, it's very remote. It may be 100 million years to go until then. And within the next thousand years, we may have done such stupid things that we are not around anymore to contemplate it.

Nuclear war is not far fetched. And the end of the abrupt end of the internet would wipe out all almost all of you the human race, except hunter-gatherers. A gigantic volcanic event would obscure the entire sky around our globe and stop food protection that would be our end. There are quite a few scenarios. And of course, microbes are after us. They have been after us all the time. Right now they are after us, but we defend ourselves.

What can you tell me about Last Exit: Space, a film about space colonization?

Well, it's a film by my son Rudolph. I'm only an executive producer. I may speak the commentary with my strange voice, but audiences love it.

You also had a great role in Rick and Morty. Would you return to the show?

I barely remember. It was a one- or two-hour session in my life, almost forgotten. And I've never seen Rick and Morty in my entire life. Not a single one.

It's a very popular show. Why do you think people love science fiction?

I had the feeling there was a very intelligent version, a very imaginative version of science fiction out there. And I had no problem being part of it. It's a fiendishly intelligent show.

You've worked with your co-director Clive Oppenheimer before.

We have seen co-directing before in film history, but mostly it was sets of brothers, siblings, like the Coen Brothers. So normally, it's siblings who are functioning quite well. But in our case, it is basically friendship and respect.

No, a brother is a brother. Sibling and real deep friendships come from childhood and adolescence. You can’t forms of friendship when you're old like I am. But we have respect, and we would bring different sets of skills in a movie.

Have you heard the theory that we're living inside a simulation?