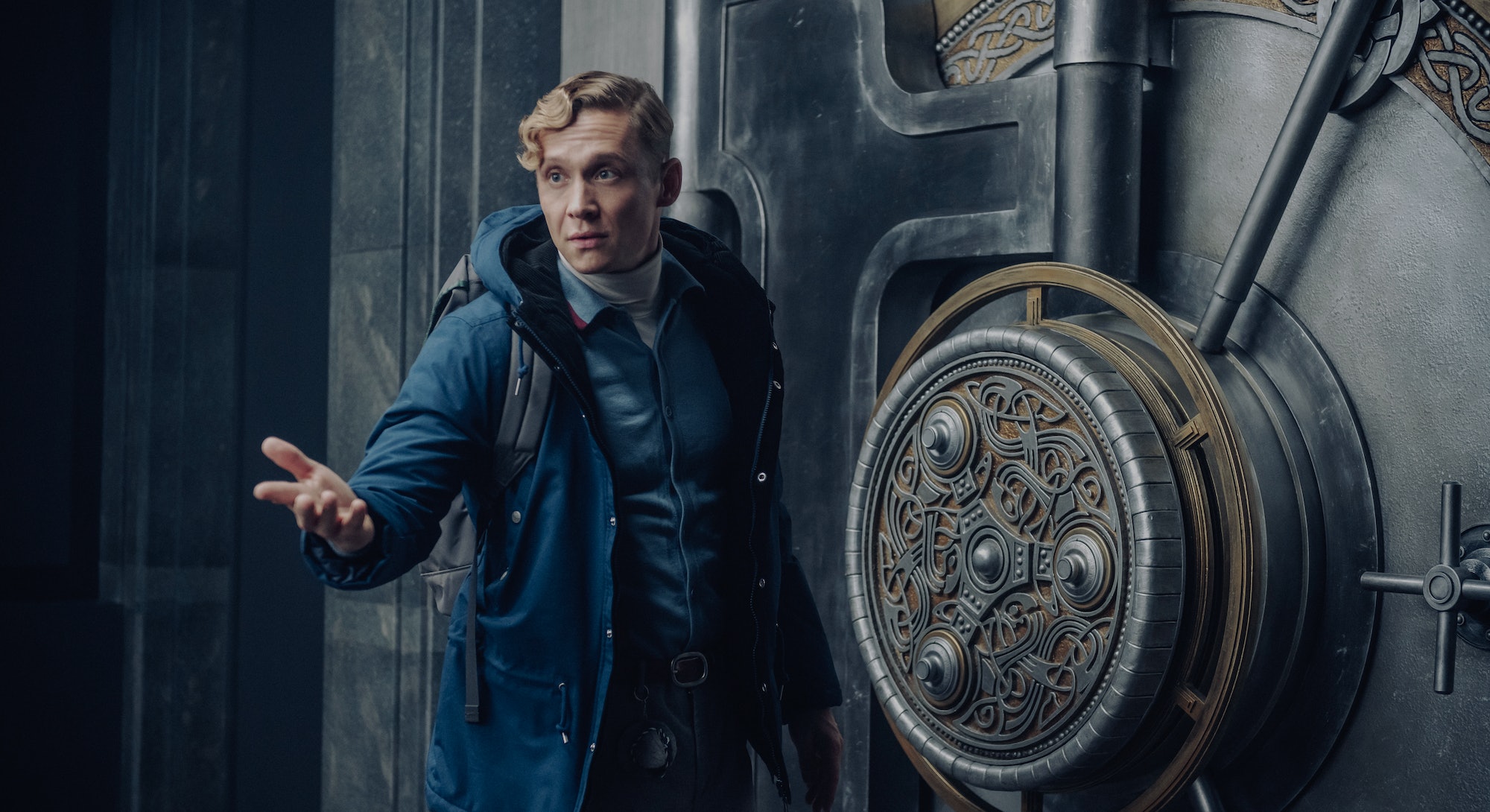 So begins a safecracking competition in the Netflix movie Army of Thieves — a prequel to Zack Snyder’s Army of the Dead — where we stumble upon Ludwig Dieter, a humble bank teller who happens to be a “safecracker extraordinaire” in a post-zombie outbreak world.

Ludwig uses a safecracking technique known as manipulation to crack safes open in less than a minute. His skills attract the attention of Gwendoline, who recruits Ludwig to help pull off a complex heist: crack open the three highly guarded safes of a billionaire before they get decommissioned.

The Army of Thieves presents a highly stylized and exciting portrayal of safecracking, but how does it stack up against real-life methods used to break open safes?

Inverse speaks with real-life safecracker or “safe technician” Charlie Santore to answer all your questions about the science behind safecracking and Army of Thieves. He runs Santore & Son Lock & Safe, a Southern California-based safecracking company.

“They weren't really manipulating locks open,” Santore tells Inverse of Army of Thieves. “That was a very cinematic interpretation.”

Many films, from Army of Thieves to the Oceans Eleven franchise, portray safecracking as the bastion of criminals

“Why me? I am not [a] criminal,” Ludwig replies Gwendoline when she recruits him for her elaborate heist.

But, in fact, most safecracking operations aren’t performed by criminals seeking to pull off elaborate heists and reap the profits. Instead, they’re performed by specific kinds of locksmiths, known as safe technicians, who help ordinary people recover their treasured possessions.

“Safecracking is gaining access to a safe that you don't have the combination or keys to,” Santore says.

How do you really crack a safe?

Disclaimer: We’re only delving into the broad strokes here, for obvious legal reasons. Do not use this information to break into other people’s safes a la Army of Thieves — that would be highly illegal and you’ll almost certainly fail.

When a client first comes to him for help, Santore first runs through a checklist of questions that can help him determine the best course of action.

These questions might entail asking when the client last used the safe, the condition of the safe — whether it’s damaged — and whether they can recall any of the numbers used in its combination. He also asks that clients send a photo so he can identify the type of safe and lock.

“You're not so much defeating the safe,” Santore says. “The lock is what's holding it, and certain locks have to be opened in certain ways.

If it’s a major mechanical lock, Santore typically begins a process known as manipulation, loosely similar to what Ludwig does in Army of Thieves.

“There's a process that we go through that combines visual cues in certain areas [of the lock],” Santore says.

Santore then searches the wheels of the lock for keys known as “gates.”

“Upon finding gates on a certain wheel, then you're able to use the gate in that wheel as a window to start searching subsequent wheels,” he says.

He adds, “I typically can get a good indication within about 15 or 20 minutes [about] whether I'm going to be able to manipulate the lock open or not.”

If lock manipulation fails, then Santore will typically proceed to open the safe using drilling equipment. He says there are some locks that are, effectively, “manipulation-proof” because the lock’s mechanisms prevent the safecracker from making contact with the lock’s wheels.

“The margin of error in the manufacturing of these locks is what enables us to manipulate them open,” Santore says.

Is the safecracking in Army of Thieves realistic?

Real-life safecracking is a “repetitive dialing process” that can take several minutes or even hours — certainly much longer than the minute-long safecracking that Ludwig demonstrates in Army of Thieves.

“I mean, it's just not plausible,” Santore says.

Most safecrackers have to work hard at their craft to manipulate locks — unlike Ludwig. Yet the most unrealistic part of Army of Thieves has to do with the way Ludwig manipulates locks.

“My biggest criticism of that film is that no one is really even looking at the dial while they're manipulating,” Santore says.

In the film, Ludwig places his cheek against the safe, appearing to use auditory cues to open the lock.

“We're supposed to believe that he's sensing where these gates are,” Santore says.

But while certain safe technicians have “exceptional sense of touch,” Santore says “that's not really how manipulation works.” Safecracking relies more on visual cues, but refrains from going into further details for ethical reasons.

Many locks in bank vaults — and perhaps the locks on the safes in Army of Thieves — are complex four-wheel locks, which most safe technicians don’t manipulate due to the number of combinations, Santore explains.

But the idea of assembling a team to crack open safes — as seen in Army of Thieves — is pretty realistic. Santore mentions the infamous Hatton Garden safe heist, in which thieves stole £14m worth of money and jewelry.

“There are many instances of people that were former safe technicians or locksmiths that got themselves in trouble,” Santore says.

Can you learn to crack a safe?

While there are some classes to help people become safe technicians, in reality, it’ll probably take years of learning on the job to be able to regularly crack open a safe using manipulation.

If you’re in a pinch, you could use some psychological tricks. Try cracking open your memory for numerical combinations that hold significance to you, like birthdays or other dates corresponding to significant life events.

People “overestimate the likelihood that they will remember anything that is in their mind at a particular moment... so they pick combinations they believe they will be able to remember,” George Loewenstein, the Herbert A. Simon University Professor of Economics and Psychology at Carnegie Mellon University, tells Inverse.

You might be tempted to use math to guess the likely number combination to your safe, but that’s probably not going to work well for you, according to mathematicians.

“It’s one thing guessing the correct numbers in a password, it’s quite another to get them in the right order,” Kit Yates, a mathematical biologist at the University of Bath, tells Inverse.

If all else fails, you can consult a safe technician like Santore, but laws vary wildly across states, with some states and counties requiring a locksmith license.

As a result, Santore says that you shouldn’t rush to find the first locksmith who appears on Google, since there are plenty of scammers out there who will open your safe and leave you high and dry.

Instead, take a lesson out of Army of Thieves: use referrals to find the best in the business (though maybe steer clear of safecrackers who demonstrate a willingness to break the law).

“It’s really kind of a word-of-mouth business where you open some safes for the right people and then they know somebody that needs something opened,” Santore says, “and then it starts to take off from there.”

Army of Thieves is streaming on Netflix now.