"Planet of the Dead": Zack Snyder reveals plans for a zombie sequel

“Ragnarok is on the way.” 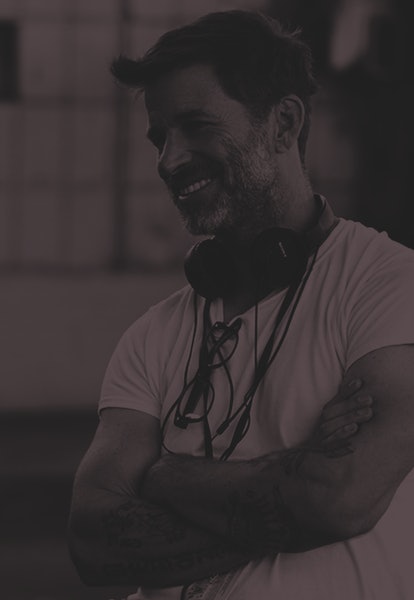 Zack Snyder has a plan.

Still riding the high of his Justice League director’s cut, released on HBO Max earlier this year after a massive fan-led movement, Snyder is already laser-focused on his next cinematic universe.

Released in May, Army of the Dead kick-started the Snyderverse 2.0 while taking inspiration from iconic genre films and, surprisingly, classic opera.

With Army of Thieves, a prequel to that film, out on Netflix this Friday, it’s becoming clear that Snyder — a maximalist filmmaker who arguably has more common with the great German composer Richard Wagner than any of his contemporaries in Hollywood — is in the process of constructing his Gesamtkunstwerk (or “total artwork,” in English).

Aiming to synthesize elements of music, drama, poetry, dance, and visual art into the ultimate form of performance, the Gesamtkunstwerk was popularized by Wagner, who believed opera was the ideal setting in which to stage such a creation. The closest Wagner ever came to enacting this vision was Der Ring des Nibelungen, a four-opera cycle inspired by Norse mythology.

Like Wagner, Snyder has historically drawn inspiration from Norse mythology, but he’s more openly inspired by the composer himself. Snyder is developing a mythological anime series entitled Twilight of the Gods, and the “four safes” Matthias Schweighöfer’s amateur thief must crack in his new Army prequel are all directly inspired by the Ring Cycle.

While Wagner sought to unite all aspects of theatre through opera, Snyder has a more film-centric goal: folding every possible cinematic genre into his new, zombie-infested universe.

With Army of Thieves, Snyder handed over the directorial reins to Schweighöfer, who also starred, but the franchise architect still penned the script alongside Shay Hatten. Bouncing between straightforward heist thriller, foreign-language drama, and romantic comedy, Army of Thieves runs the genre gamut with unusual zeal, as planned.

“When Shay and I were writing the script for this movie, I was like, ‘Listen, we deconstructed the zombie heist, and we have to do that again,’” Snyder says. “That’s our thing.”

In an interview, Snyder spoke with Inverse about his influences, future projects like the original sci-fi epic Rebel Moon, and the fate of one fan-favorite Army of the Dead character. He also revealed the title of his planned zombie sequel. Spoiler alert: it’s Planet of the Dead.

This conversation has been edited for clarity and brevity.

Inverse: Army of Thieves is heavily predicated on the Ring Cycle and Norse mythology. What inspires you about these stories?

Zack Snyder: Well, there's a ton that inspires me in the world. When we were writing Army of the Dead, we had done this deep dive into Norse mythology. At the time, I was actually developing my Norse mythology animated series for Netflix, which I'm working on right now. My friend Adam Forman is a huge Ring Cycle fanatic. We just talked it out; there was a time when we were like, “We should do our own Ring Cycle [in a] Norse mythology movie.”

One thing led to another, and then we were talking about the Gotterdammerung and it just ended up with the idea that Twilight of the Gods was a metaphor at the time for this kind of zombie apocalypse.

“There are more Wagnerian endings coming for everybody.”

The characters, literally, were in their own Ragnarok. They’re these potential God characters in this Army universe, and they don't realize that they’re the ones destroying themselves. And so and as the Army universe goes forward, this all plays out even more. If we did another Army of the Dead, you'd see that there are more Wagnerian endings coming for everybody.

Basically, Ragnarok is on the way. It was so fun that when we went to make this movie, it was obvious to me that [this] would be the thing we would focus on: this Hans Wagner character who was obsessed with Richard Wagner that he was naming his safes after the different chapters in the Ring Cycle.

At this point, do you consider the Snyderverse to be the DC movies or this Army universe that you're developing now?

I would hope that anything Snyderverseian is [whatever] we're doing as original IP. The DC universe is something that's very close to my heart and something I spent a lot of time developing and thinking about, so I love it. But where I am right now is with the Rebel Moon of it all and the Army of the Dead of it all. They’re very much consuming our creative output. Hopefully, just anything that we're doing that's original and cool would fit into that category.

Are there any updates on Rebel Moon?

We're just plugging away. It's so huge and so crazy but really exciting, and I'm super excited as we get closer to sharing some art and casting, because it's all starting to come together.

What did you think of The Batman trailer?

I really loved The Batman trailer. I think Matt [Reeves] is doing a great job with it. It's right up my alley as far as the tone and I just feel so super, super happy. Super good.

Is there a way we could see the in-between of Dieter's story between the end of the first three heists in Army of Thieves and the beginning of the one in Army of the Dead?

Clearly, he's used his money to open a locksmith shop wherever he is — Barstow or San Bernandino. I don't know that he's done a ton other than [accrue] a clientele. He certainly has a lot of confidence in his ability to [install] locks on their back porches.

“Did he get killed by Zeus or not?”

But the real adventure would be to see what happened to him when that safe door closed. Did he get killed by Zeus or not? What happened? We don't see him die on camera, and there's still some time left. I won't tell you what happens in Army of the Dead 2 — aka Planet of the Dead — but let's just say that there’s a chance Dieter survives. And there's a chance that brush with death would have caused him to want to find a jailed Gwendoline.

What was it like handing off the Army of the Dead universe to another director?

Then, this movie, I don't want to say it got gigantic, but it grew to the scale that it needed to grow to. We just started to do more of it in English. So it just made sense, from the beginning, that it be Matthias directing. I've had a lot of fun watching that.

One thing I loved about this movie was just how meta it was. In my review, I called it the Scream 2 of heist movies. Where do you draw the line between parodying and reinforcing tropes?

What I always say is: you have to have fun, but not make fun. It's a very particular thing. I think there are a lot of filmmakers that can make a [satirical] film without inherently loving the genre that they’re sending up. But if you don't inherently love it, you can mess it up, because you satirize it and you make fun of it like you're better than it. This is not at all our tone.

“We both know we love Nicolas Cage.”

Our tone is that we love those aspects of it, so we want to shine a light on the things that we love. We want the audience [involved] in our love affair with it. We say, “Look, we all know you love it too — you, the audience, and us. We both know we love Nicolas Cage. We're going to put our arms around you, audience members, and we're all going to hug over it. That's how we approach it.