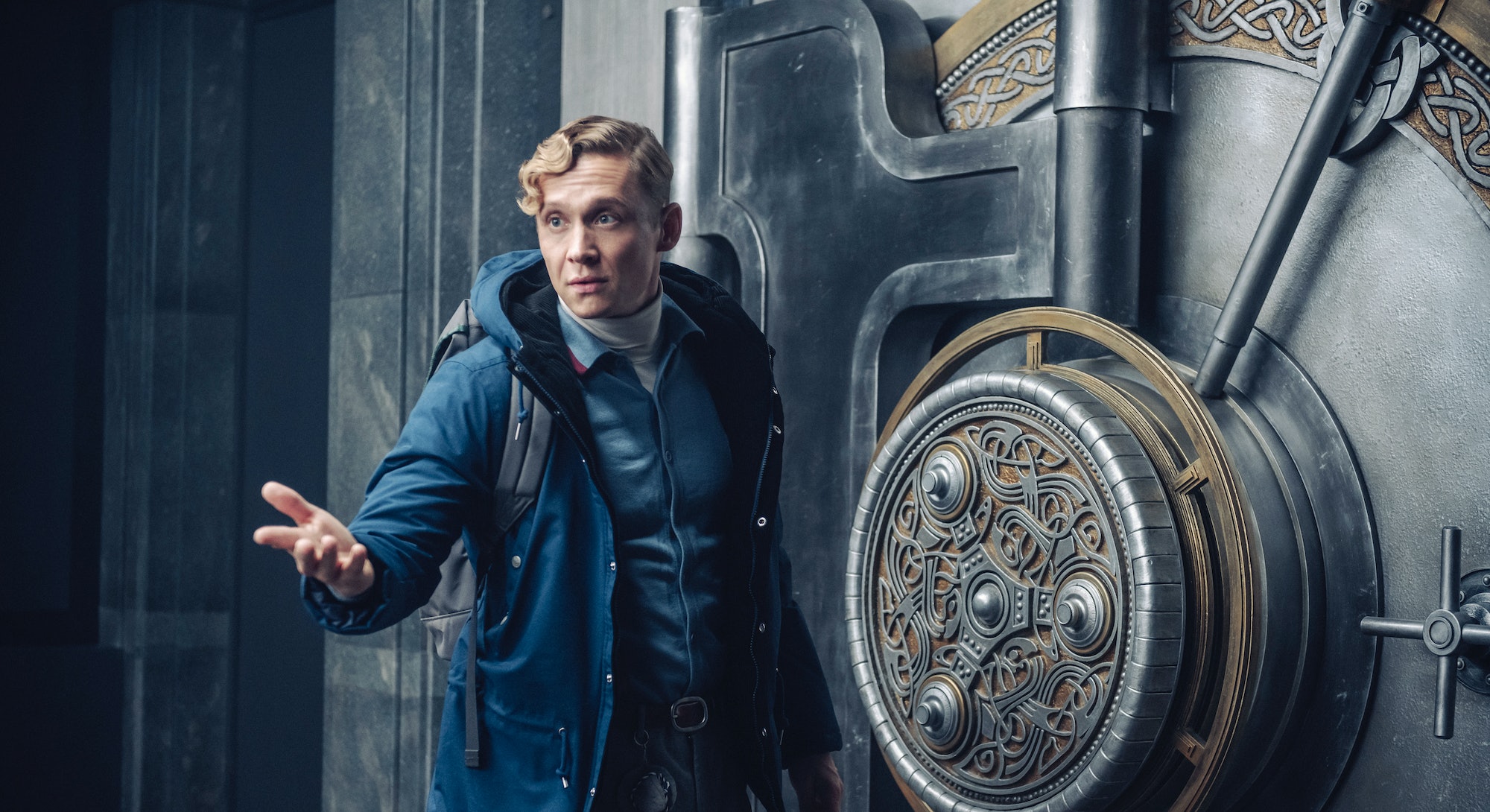 It’s hard to believe Army of Thieves is a Zack Snyder movie.

The new Netflix thriller, out Friday, is told in three different languages: English, German, and French. It takes place all over Europe. And, judged against the gargantuan scale Zack Snyder fans have come to expect from productions bearing the filmmaker’s mark, Army of Thieves is way smaller.

Though a prequel to last summer’s blockbuster-sized Army of the Dead, also on Netflix, Snyder sat out directing Army of Thieves and instead handed the reins off to someone equally familiar with the franchise: Matthias Schweighöfer, who also stars as German locksmith Ludwig Dieter.

Operating with Snyder’s oversight to shoot the prequel across Germany and the Czech Republic, Schweighöfer brings a uniquely invested perspective to the film, which fills in his character’s backstory. In more ways than one for the actor-director, Army of Thieves hit close to home.

“I was born in the East of Germany,” Schweighöfer tells Inverse. “When the wall came down, I loved the films from the West and America. It was so exciting to see the world in such bright colors. It was so adventurous, like a big playground.”

Picture Dorothy walking into Oz for the first time. That euphoric sense of discovery and transformation is reflected in Army of Thieves. Its story turns back the clock, long before zombies swarmed the Vegas strip, to focus on Schweighöfer’s Dieter back when he was just a mild-mannered man, known as Sebastian, with a monotonous job and a hobby for safecracking.

After a strange series of events, he’s swept up on a globe-trotting mission involving opera, Interpol, and three legendary heists. Though Army of Thieves wasn’t directed by Snyder, he returned as producer and is credited on the story alongside screenwriter Shay Hatten.

For Schweighöfer, Snyder’s involvement was a source of pressure, but also constant support: “Zack said, ‘Matthias, do your thing,’” the actor-director recalls, saying that Snyder added, “I will always be here. I will always be on your side. We will do this film and create your universe. Do your thing and just make a wonderful movie.”

To Schweighöfer’s credit, Army of Thieves succeeds on this front. Less a follow-up to Army of the Dead than a dyed-in-the-wool heist movie set in the same universe, the film largely succeeds on its own merits. Yes, there are zombies, but it’s not a “zombie heist movie” like its predecessor. Army of Thieves just happens to stage its central heist as a zombie apocalypse threatens to break loose outside; its characters stay focused on the mission.

The fact Schweighöfer is directing himself in Army of Thieves turns out to be an asset rather than a liability. In an ensemble piece like this, the sense of camaraderie his double duty instills emanates off the screen, both in terms of the plot and the cohesion of the filmmaking. “You have a team, so you play with them,” Schweighöfer says. “At one point, they forget that you're the director because they know you as a cast member. Everyone is on eye level and there's no one whose only objective is directing. You can actually guide them in the scene.”

Just because Army of Thieves is a straightforward heist movie, that doesn’t make it a lowbrow thrillfest. In the places where you least expect it lie embedded clever cultural influences. The safe in Army of the Dead was called the Götterdämmerung, which translates to “Twilight of the Gods.” (Coincidentally, that’s the name of Snyder’s upcoming Norse mythology anime series.) Turns out, that’s just one of four safes in a sequence based on Wagner’s Ring Cycle.

That’s right: the entire heist Sebastian undertakes with a crew is based on a classic opera. In its many safecracking sequences, he starts the appropriate section of Wagner’s almighty opus while warming up his hands, describing in detail the opera’s epic story. It’s clear Army of Thieves is trying to be more than just another Netflix original; it’s a cross between European arthouse drama, crime thriller, and romantic comedy, carried off with Snyder’s fingerprints all over it.

Though it circles around opera, Army of Thieves is far from pretentious. One could call it the Scream 2 of heist movies: hyper-conscious of the long shadow in which it stands, delighting in upending and acknowledging its tropes rather than merely repeating them. In one scene, Sebastian comments that what they’re doing is “just like the movies,” and Gwendoline responds by using the classic “hypothetical montage to show the plan” trope in a genuinely creative way.

Army of Thieves is just another in a long line of globally inclusive stories championed by Netflix. While a good portion of the dialogue is in English, there are all sorts of different cultures and countries featured.

To Schweighöfer, streaming has broadened audiences’ horizons, and Army of Thieves is proof of that. “I'm so happy [that] 10, 15 years ago this it wasn't possible, but now you have a chance that someone in America or in Brazil or in Guatemala can watch,” he says. “And I think it's a great opportunity for filmmakers all over the world.”

Army of Thieves could be seen as signaling that Snyder plans to segue into a mentorship-style creative role rather than directing films set in the universe he created. But fans needn’t worry. At this point in his career, it seems clear that Snyder wants to tell as many stories as possible from as many angles as he can.

The Army universe is his to reign over, but it can showcase voices besides his own. Creatively speaking, bringing in fresh perspectives — much like executing the perfect heist — is simply enriching for all involved.