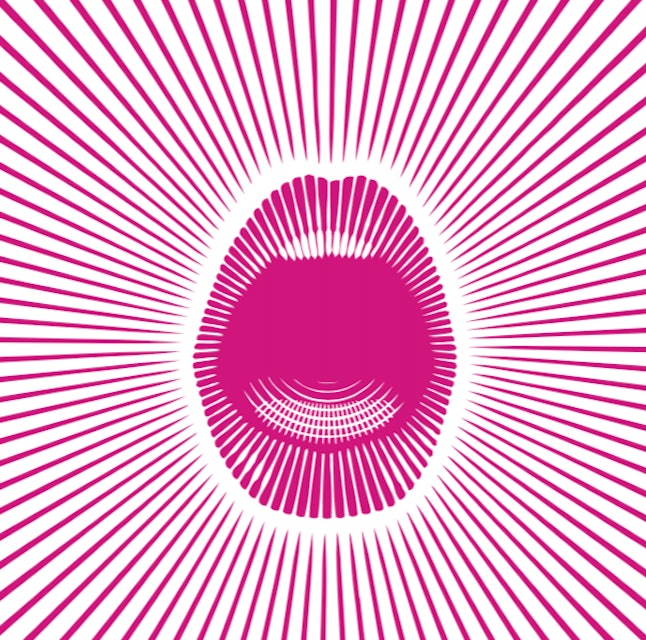 The yellowing, unhealthy composition of the smoker’s mouth is one of the less attractive consequences of smoking cigarettes. A new study suggests the mouths of vapers might also be at risk: While discolored gums or teeth may not make the list of top concerns for people who vape, they do have bacterial “slime cloaks” to consider.

Research published Wednesday in the journal Science Advances on healthy e-cigarette users found that vaping creates stress on the oral microbiome, a community of about 700 bacteria species that live in the mouth. That stress creates a “pathogen-rich” environment that’s similar to that seen in people who have periodontitis – a form of severe gum disease.

Stressing out the oral microbiome is the first step towards another problem, says senior author Purnima Kumar, a professor at Ohio State’s College of Dentistry.

When bacteria in the oral microbiome are exposed to vapor, they coat themselves in a slime layer, Kumar explains. That "slime-cloak" makes it difficult for healthy bacteria to attach to the colony, but doesn’t stop pathogenic characters from latching on. This creates an even more virulent environment.

“Most importantly, these changes happen within 3 to 12 months of vaping,” Kumar tells Inverse. “This is the fastest change [to the oral microbiome] to a human behavior that we have observed so far, [including] diet, antibiotic use, smoking, [and] hookah."

These slime-cloaks illicit a “huge response from the immune system,” she explains, which could lead to long-term consequences, though the findings are so new that those consequences are unclear right now.

What does a vaper’s mouth look like? – Kumar and her colleagues collected plaque samples just below the gums of 25 smokers, 25 nonsmokers, 20 vapers, 25 former smokers who had replaced the habit with e-cigarettes, and 28 dual-users. The smokers reported smoking about 10 cigarettes per day. The vapers had used e-cigarettes every day for at least 3 months and used about one pod a day (or 1 mL of e-liquid).

In the vapers, the team found that 284 genes (expressed by the bacteria in their mouths) were enriched, which ultimately served as signals that vaping had sent the bacteria into a stress-response mode, and contributed to the formation of that slime layer. That layer can form in as quickly as 24 hours, the study notes.

The team also found that vapers and smokers mouths both showed higher levels of certain inflammatory cytokines, signs that the body is mounting an immune response to the activity.

"Yet, at a molecular level, they were living life on the edge."

Importantly, the team found that different types of inflammatory pathways are activated in vapers and smokers. That means that both activities likely lead to inflammation, but the consequences of that inflammation could end up being very different for vapers as opposed to smokers, says Kumar:

“Vaping can potentially induce a whole host of different diseases than what we have been used to seeing with smoking because of the different inflammatory signals and their intensities,” she says.

At this point, we don’t totally know what the consequences of this inflammation might be for vapers. Especially since the slime cloak, which sets these changes in motion, isn’t something she’s used to seeing in these specific bacteria communities in the mouth.

“It is possible that our immune system will respond to it in ways we do not know and result in diseases that we have not commonly seen in the mouth,” she says.

What causes a vaper’s mouth to change? – At this point, the team suggests that it’s not nicotine content, nor flavoring, but rather two other ingredients in e-liquid that are causing the strange and unique changes in a vaper’s mouth.

The team points to propylene glycol and glycerol, two odorless agents that produce the “throat hit” of an e-cig, which makes it feel more like smoking a cigarette.

When bacterial communities were exposed to aerosol without nicotine, the team found that the films still tended to spread, which suggested that another ingredient in the aerosol was spurring the action. Propylene glycol and glycerol are sugar alcohols, which may act like nutrient sources for bacteria looking to form biofilms, the team proposes.

They argue that their work identifies propylene glycol and glycerol as the “key catalysts” behind structural changes to a vaper’s microbiome, though the evidence is indirect at this point.

What do these changes tell us? – Past studies have already shown that vaping can alter the microbiome in the mouth, which ultimately leads to immune system dysfunction. The oral microbiome plays a role in conditions that affect far lung areas of the body – changes in oral bacteria have been proposed as ways to diagnose irritable bowel syndrome, for instance.

Kumar describes the oral microbiome as a “canary in a coal mine.” Speaking in those terms, slime cloaked bacteria are the equivalent of that canary raising the alarm of an impending cave-in. We may not know what the long-term consequences are but, these vaping-related changes could be a sign of something worse.

“The subjects in this study were young and healthy, with no signs of clinical disease," says Kumar. "Yet, at a molecular level, they were living life on the edge."

Abstract: Six percent of Americans, including 3 million high schoolers, use e-cigarettes, which contain potentially toxic sub- stances, volatile organic compounds, and metals. We present the first human study on the effects of e-cigarette exposure in the oral cavity. By interrogating both immunoinflammatory responses and microbial functional dynamics, we discovered pathogen overrepresentation, higher virulence signatures, and a brisk pro-inflammatory signal in clinically healthy e-cigarette users, equivalent to patients with severe periodontitis. Using RNA sequencing and confocal and electron microscopy to validate these findings, we demonstrate that the carbon-rich glycol/ glycerol vehicle is an important catalyst in transforming biofilm architecture within 24 hours of exposure. Last, a machine-learning classifier trained on the metagenomic signatures of e-cigarettes identified as e-cigarette users both those individuals who used e-cigarettes to quit smoking, and those who use both e-cigarettes and cigarettes. The present study questions the safety of e-cigarettes and the harm reduction narrative promoted by advertising campaigns.