“Once the pandemic was over, everyone wanted to forget about it.” 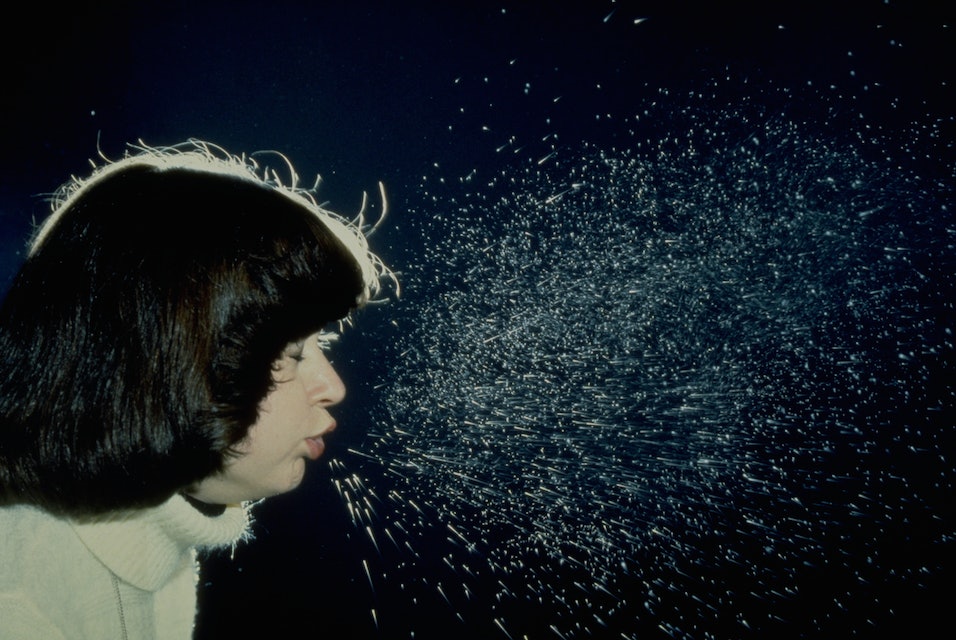 Last Friday, the Centers for Disease Control (CDC) acknowledged what aerosol and respiratory infection experts have been saying for nearly a year: you can contract Covid-19 through the inhalation of infectious aerosol particles.

But those same experts say that acknowledging reality is the bare minimum. They’re now pushing assemblies like the CDC and the World Health Organization (WHO) to look beyond the now and toward preventing future pandemics. To do that, they argue, we need to radically change our approach to airborne pathogens.

In a statement published Thursday in Science, 40 experts in everything from aerosol science to environmental engineering argue for a “paradigm shift” around preventing infections from airborne pathogens. The central argument is that we will remain unnecessarily vulnerable to respiratory infections and future pandemics without massive regulatory and infrastructure changes. They write:

“A paradigm shift is needed on the scale that occurred when Chadwick’s Sanitary Report in 1842 led the British government to encourage cities to organize clean water supplies and centralized sewage systems.”

What you need to know — SARS-CoV-2 is spread through large and small viral particles. These are particles that are expelled when an infected person coughs, sneezes, speaks, or breathes.

Aerosols are very small particles that can linger in the air for hours and, indoors, have the ability to travel beyond six feet. Although over 200 experts urged the WHO and CDC to acknowledge aerosols were a primary mode of infection as early as July 2020, neither organization did until 2021.

Forty of those 200 experts have joined forces again for this latest statement, emploring health agencies to learn from their mistakes. They argue that presently our infrastructure is poorly equipped to keep us safe from airborne pathogens.

Lidia Morawska, director of Queensland University of Technology’s International Laboratory for Air Quality and lead author on the statement, tells Inverse there are four big reasons our infrastructure is so poorly equipped to address airborne pathogens

Morawska says she got into the field of airborne pathogens in 2003, during the SARS 1 outbreak. During the outbreak, there was funding for some of her research, but not after.

“It was impossible to get further grants to research building safety and pathogens,” she says. “No one was interested. Once the pandemic was over, everyone wanted to forget about it.”

Morawska is hoping to prevent a repeat of history.

What’s new — Morawska and colleagues outline a plan they believe is long overdue:

The experts envision buildings with flexible ventilation systems, dependent on the building’s purpose. See their illustration below:

The Inverse analysis — Lisa Brosseau, an expert on respiratory protection and infectious diseases and a retired University of Illinois at Chicago professor, tells Inverse the plan outlined in the statement is a good start in theory. She’s also skeptical about implementation.

Brosseau and other experts (three of whom also signed Morawska’s statement) sent a letter to the CDC last Friday when they finally acknowledged the inhalation of infectious aerosols can lead to Covid-19. You can read the letter in full at the end of this article.

In the letter, the authors express happiness that the CDC finally addressed aerosols as a primary cause of infection as well as concerned that the accompanying “how it spreads” document is misleading.

“There’s magical thinking that all these vaccines are going to completely solve the problem.”

The authors claim the CDC isn’t clear enough about the hazards of aerosols and continue to inaccurately maintain that the 6 feet away rule is enough to prevent transmission indoors. They implore the CDC to update its guidance and recommendations to clarify and highlight the need for ventilation and the use of NIOSH-approved respirators indoors, writing “OSHA must issue an Emergency Temporary Standard to control workplace exposures, including inhalation exposure, as soon as possible in order to protect workers and reopen the economy safely.”

“There’s magical thinking that all these vaccines are going to completely solve the problem,” Brosseau says. “I hope that’s the case. But with a high percentage of people unvaccinated and more people being encouraged to go back to work, we have to think about workplace safety.”

She thinks Morawska’s plan would help — but wants to make sure that workers are given proper consideration. She says Morawska’s statement “uses healthcare facilities as examples of buildings with good ventilation. But those buildings are designed to protect patients.”

Infectious air has to go somewhere, Brosseau says, and some healthcare facilities “just push the air outside patient rooms into areas where hospital workers are.”

“One good that that’s come out of this is how unions are now taking health and safety of workers seriously,” she says. “That wasn’t always a priority before.”

If safety isn’t a persuasive enough reason, maybe the financial benefits will be the final push, Morawska says.

Even without the pandemic, the costs of seasonal respiratory infections are astronomical. A 2018 study estimated that in the United States, influenza alone cost the healthcare system $11.2 billion in a single year. Whatever it costs to upgrade buildings, Morawska believes it would ultimately be only “a tiny fraction, maybe 1 percent, of the ultimate cost of not upgrading.”

While there might be some disagreements about the most effective way to retrofit buildings, all the experts are firmly in agreement about one thing: public health entities and governments need to seriously invest in infrastructure that will mitigate airborne pathogens.

Statement of Scientists in Response to CDC’s May 7th Update of the Scientific Brief on SARS-CoV-2 Transmission recognizing inhalation exposure:

We are pleased that in its updated Scientific Brief: SARS-CoV-2 Transmission CDC acknowledged today that transmission of the SARS-CoV-2 virus through inhalation of tiny aerosol particles is a primary route of exposure and that risk of inhaling the virus is greatest close to an infected person. This is an important and major step forward.

However, we are concerned that CDC’s accompanying document How COVID-19 Spreads is misleading, and potentially harmful. In that document CDC says that breathing in small droplets and particles (i.e., aerosols) that contain the virus when people are far apart or have been in the same enclosed space for more than a few minutes is UNCOMMON (our emphasis) This will lead people to continue to think that maintaining distance is sufficient to prevent transmission.

We know that transmission occurs at distances beyond six feet because of superspreader events, careful studies of smaller outbreaks, and the physics of aerosols. It can easily happen indoors in a poorly ventilated environment, when people are not wearing masks.

There is clear consensus among aerosol scientists and epidemiologists that inhalation of small aerosol particles, including at distances of greater than six feet, is a major driver of the COVID-19 pandemic. To slow transmission and save lives, it is crucial that CDC update its guidance and recommendations to address and highlight the importance of improved ventilation and using NIOSH approved respirators, especially in indoor locations where the virus may accumulate in the air.

Moreover, OSHA must issue an Emergency Temporary Standard to control workplace exposures, including inhalation exposure, as soon as possible in order to protect workers and reopen the economy safely.

As CDC has made clear, vaccination alone will not stop this pandemic. Mitigation measures are also needed to limit exposures. We must control inhalation exposure of small aerosol particles to end this pandemic.

CDC must immediately update and strengthen its guidelines and recommendations to protect the public and workers for inhalation exposures to SARS-CoV-2.

More on the importance of addressing aerosol transmission and the steps needed to control exposures can be found in the letter several of us sent to federal COVID-19 leaders in February 2021.