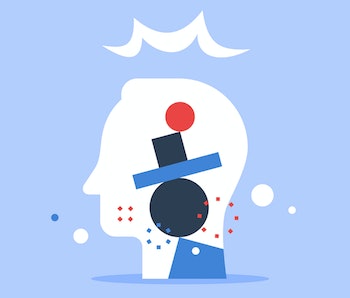 Patience, you might have heard, is a virtue. That’s why so many Puritans named their daughters “Patience” in the 1600s. It is the ability to wait calmly in the face of frustration or adversity. Like Penelope weaving while waiting for Odysseus, patient people wait for their partners to finish a Netflix show they’re binging. Impatient people do not.

But despite the societal framing of patience as a measurement of character, in its purest sense, patience is a chemically induced output of the brain. However, exactly what goes on in the brain that leads to patience isn’t well understood.

A new study involving mice takes a step toward understanding patience by pointing to the role of serotonin, and how it interacts with different brain structures.

Serotonin is a chemical and a neurotransmitter, meaning it sends messages throughout the brain. It influences many behaviors, including mood and sleep.

In a paper recently released in the journal Science Advances, scientists argue that serotonin influences specific areas of the brain to promote patient behavior. But critically, this process only occurs if there’s already “high expectation or confidence” that being patient will lead to future rewards.

First author Katsuhiko Miyazaki is a scientist at the Okinawa Institute of Science and Technology in Japan who researches the relationship between serotonergic neural activity and animal behavior. He tells me this study originated from an interest in revealing how projections of serotonin promote waiting for future rewards. In a 2018 study, he and his colleagues discovered that “activation of serotonin neurons alone is not enough to promote patience, and that it requires a subject’s confidence in a positive outcome,” Miyazaki explains. Goal-directed behavior, in turn, is contingent on understanding that there’s a high probability of a future reward.

The issue is that they didn’t know exactly why this was happening. So the team bred genetically engineered mice complete with serotonin-releasing neurons that expressed a light-sensitive protein. They also implanted an optical fiber in a part of the brain called the dorsal raphe nucleus — a hub of serotonin-releasing neurons — as well as in three areas of the brain linked to impulsive behaviors: the nucleus accumbens, the orbitofrontal cortex, and the medial prefrontal cortex. The implants allowed the scientists to trigger the release of serotonin at precise times just by shining a light.

Previous studies had shown that activation of neurons that release serotonin in the dorsal raphe nucleus enhances patience when waiting for future rewards. This time, the team found that activating the same process in the orbitofrontal cortex created nearly the same result, while activation of the medial prefrontal cortex “promotes waiting only when the timing of future regards is uncertain.”

All of this was contingent on stimulating these neurons while the mice were waiting for food in an experiment – and the fact that the mice had already learned that, if they were patient, their probability of receiving food was high. In that way, it’s a loop, with serotonin promoting patience and past experience demonstrating patience leads to rewards.

Meanwhile, the fact that different parts of the brain respond to serotonin and promote patience suggests that each brain area contributes to what Miyazaki calls “overall waiting behavior.” The acceptance of delayed gratification is a multi-step affair.

Because of this, Miyazaki says, his team thinks “that individual differences for patience depend on the function of the brain,” meaning some brains may be more effective at patience production than others.

Unfortunately, this does not mean that modifying serotonin could make an individual a more patient person. But their finding, Miyazaki says, could explain why patients with depression can benefit from a combined approach of selective serotonin inhibitors — also known as SSRI drugs — and cognitive therapy. Ultimately, it comes back down to future outcomes and whether or not one has a negative bias toward those outcomes.

All in all, the study explains what’s going on under the hood when you sit through a so-so meal knowing the finale will be a delicious dessert. It also points to the interconnectedness of the brain and behavior. Other studies have shown that patience can reduce depression and promote prosocial behavior like compassion. Why that is, and why others struggle in these areas, may come down to firing neurons and a chemical release.