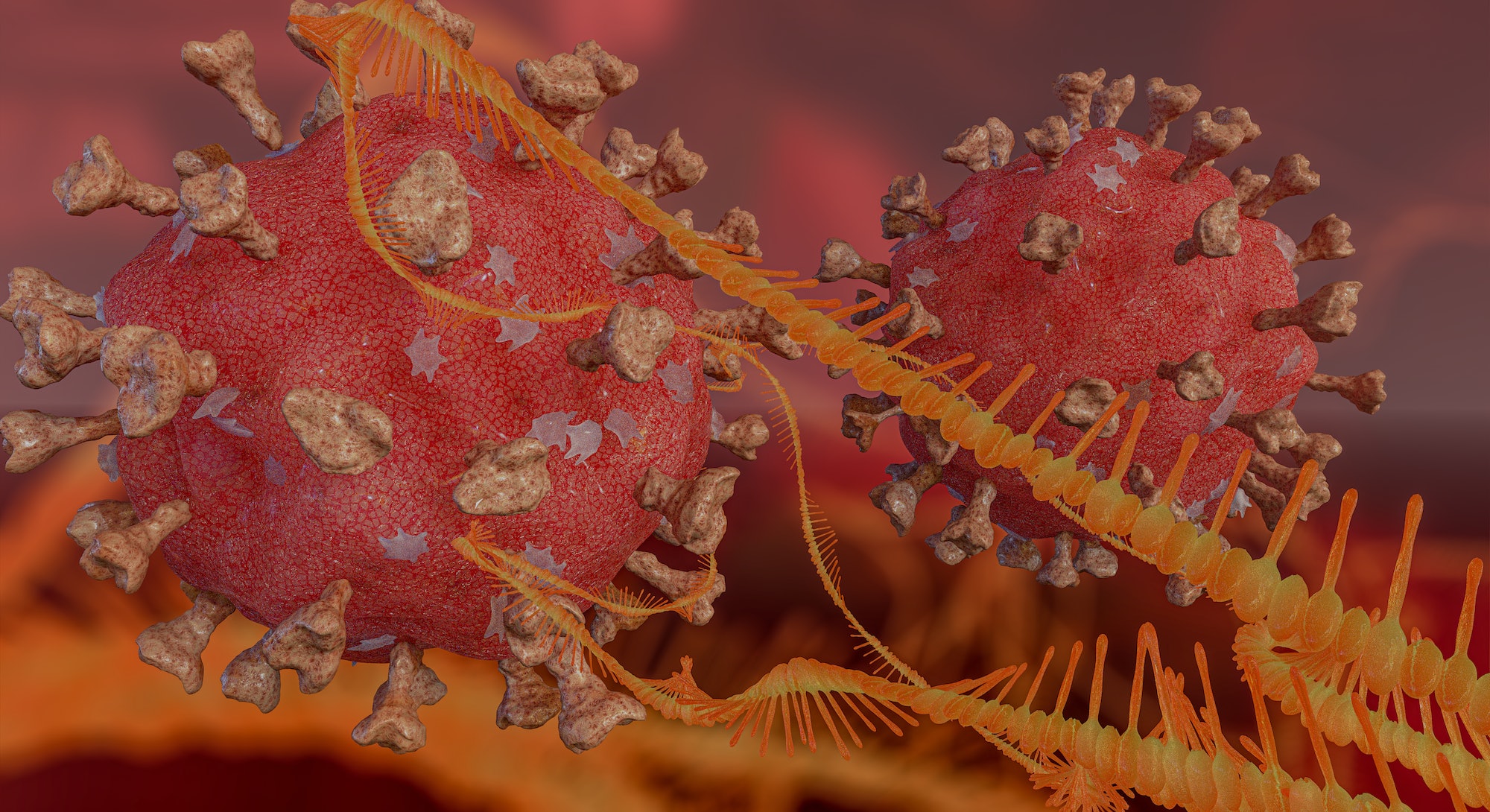 Most Covid-19 vaccines are unlike any other vaccine that has ever come before them.

The reason why boils down to one simple distinction, and it is not to do with speed. It is to do instead with the technique the vaccines are based on — namely, hacking the body’s own genetic blueprints.

Traditional vaccines use a virus, both living and dead depending on the jab, to essentially teach our immune system to recognize the invader and destroy it next time. Most approved Covid-19 vaccines are mRNA vaccines, which rely instead on our cells’ genetic blueprints for making proteins, pre-programming our cells to resist the virus’ now-famous spike protein before our cells come into contact with a virus.

Even for people who believe strongly in science and vaccines, the speed with which scientists created the mRNA vaccines we now know — Pfizer and Moderna — was incredible to the point of disbelief.

Consider the scenario pre-pandemic: The government announces it will put a ton of money into a totally novel vaccine formulation developed for a newly discovered disease under the auspices of a mission called “Operation Warp Speed.” And then the FDA fast-tracks their use in humans using emergency powers. It seemed impossible — and then we did it, and did it again.

But for those who follow mRNA vaccines, it was thrilling. Covid-19 vaccines are the first mRNA vaccines approved for use, but for more than 25 years scientists have chased these vaccines for diseases like cancer. Now that safe mRNA vaccines are here, the potential to use the technology to create other breakthrough therapies could change how we treat cancer, HIV, Parkinson’s disease, and a host of other ailments by preventing them in the first place.

How are vaccines made?

All of these vaccine types work in pretty much the same way in the body. By introducing the some version of a virus to the body in a controlled and safe manner, they induce the body’s immune system to create the specific antibodies that confer immunity — lasting protection from whatever disease the pathogen causes.

If you think of these vaccines as the palm, wrist, and fingers, then mRNA vaccines are the opposable thumbs — a critical evolutionary next step. Like the other vaccines, they too induce your body to create the necessary antibodies to protect you from a pathogen. But they differ from the old vaccines in one significant way: they don’t contain any virus.

Instead, they teach your body how to make the necessary antibodies, essentially forearming your immune system for any coming attack. The “m” in mRNA vaccines stands for “messenger” because that’s what it does: it gives your body’s cells a message to generate specific antibodies. Once it has done its messenger job, it disappears. It’s sort of like the technician who sets up an alarm system for your house. It places all the right sensors on the doors and windows and once that’s done, it relies on your alarm system — or in this case your antibodies — to keep you safe.

There are three key reasons why this is so exciting:

To understand the implications, it is useful to consider the other disease beyond Covid-19 mRNA vaccines will be critical to treating and even preventing.

Will we get a vaccine for cancer?

The specificity with which mRNA vaccines can be directed could lead to a huge breakthrough in cancer treatment. In fact, a vaccine for cancer was why researchers were looking at this type of vaccine in the first place.

Van Karlyle Morris is a gastrointestinal oncologist at the University of Texas MD Anderson Cancer Center. Together with a colleague, he is leading a clinical trial to test mRNA vaccines as “personalized therapies for patients who have been treated for cancer, with the goal of further reducing the risk of the cancer coming back,” he says.

Tumors that are surgically removed from people with cancer are being tested to find a profile of the most common genetic mutations responsible for cancer. What makes an mRNA vaccine especially useful for this, Morris says, is that the mutations are unique and specific to each individual — even among those who have the same kind of cancer. Because mRNA vaccines can be targeted, each vaccine could be personalized to the needs of an individual.

The study’s goal, he says, “would be to demonstrate that such a vaccine would train the immune system to recognize pieces of mutated proteins which are found in any residual tumor cells — but not in other, unaffected cells in the body — after surgery and then to attack and kill those remaining areas of cancer.”

Is there a vaccine for HIV?

The short answer is not yet, but mRNA vaccines could change that.

“To date, a preventative vaccine for HIV has eluded us,” Morris says. “But this technology holds great promise. That promise may be in the beginning stages of realization.”

A separate team of researchers at Scripps University in California have developed a preliminary vaccine that shows promise for preventing infection with the HIV virus using the same technology as in the Moderna jab.

The vaccine aims to stimulate the immune system to produce “rare but powerful” antibodies called “broadly neutralizing antibodies.” These antibodies could attach to the spike protein the HIV virus uses to enter cells and neutralize them.

In a press statement released in the wake of a Phase 1 trial to test this vaccine, William Schief, an immunologist at Scripps Research said that in order to get the immune system to produce these antibodies, “you have to trigger the right b-cells.”

The odds of doing that were literally one in a million, Schief said.

“In this trial, the targeted cells were only about one in a million of all naïve B cells. To get the right antibody response, we first need to prime the right B cells. The data from this trial affirms the ability of the vaccine immunogen to do this.”

Is a universal influenza vaccine possible?

The two most common types of influenza in humans are Influenza A and Influenza B. And within A and B, there are several strains. And within those strains, there are “clades” and “subclades” — genetic differences within strains. Essentially, the flu is an old hand at making multitudes of variants, just like SARS-CoV-2 is now doing at pace.

When you get your annual flu shot (please get it), the formula is based on an educated guess about which strains of the influenza virus will be dominant that year. The process has worked fine for years. We can’t vaccinate everyone for every possible strain, but it is also not ideal. In a good year, the vaccine offers 40 to 60 percent protection from seasonal influenza. You get the picture as to a bad year.

mRNA vaccines change the game. With this technology, scientists could create a vaccine that inoculates against Types A and B in one shot. Some scientists believe that not only could we vaccinate against more than one flu strain using the same jab, but we might also be able to develop a flu vaccine with longer-lasting protection — one that we’d only need every five years.

Can we vaccinate for Zika?

Zika is a disease caused by the mosquito-borne Zika virus. The virus was first identified in 1947, but it wasn’t widely known until 2007, when the first major outbreak in humans occurred. Zika is carried by the Aedes mosquito it also carries West Nile, dengue fever, and yellow fever).

Most people who contract Zika have mild symptoms, including a fever and rash (symptoms similar to dengue fever). But a minority of people will develop more severe disease symptoms. And when pregnant women contract the disease, it can result in birth defects (such as microcephaly) in the fetus. Zika is also strongly associated with a rare disease called Guillain-Barré. That disease attacks the nervous system and can be so paralyzing that the sufferer needs life support to breathe. To date, there is no approved Zika vaccine.

Previous attempts to make a Zika vaccine haven’t found great success. But the success of a safe mRNA Covid vaccine has tipped Moderna to start work on an mRNA vaccine for Zika. They’ve just completed Phase I trials and are moving on to Phase II.

Do Covid-19 vaccines work against variants?

To the best of our knowledge, the approved vaccines for Covid-19 significantly lower the risk of developing severe Covid-19 disease and death, even from the currently circulating variants of the virus. But that might not always be the case — new variants may do a better job of evading the vaccines. But again, this is where mRNA vaccines could shine.

“One exciting aspect of this technology is that the components of the mRNA vaccine can be readily re-engineered and ‘recoded’ by those who manufacture them in such a way that keeps up with viruses as they change and mutate,” Morris says.

The Inverse analysis — Any future mRNA vaccines for other diseases beyond coronavirus are still in the very early phases of development. We shouldn’t assume that all of them will come to fruition, and we also shouldn’t stop using traditional vaccines to treat and prevent disease. But what is so exciting isn’t just the possibility of combating other, hard-to-treat and potentially fatal illnesses, it’s also the technology itself.

After all, you are likely reading this story via the World Wide Web, an idea sprung from scientists at the particle physics institute CERN. We don’t always know all the ways a specific technology will be useful when we develop it, but it’s thrilling to find out.

Correction: an earlier version of the article mistakenly identified AstraZeneca’s COVID-19 vaccine as an mRNA vaccine. It is a viral vector vaccine.

Correction: an earlier version of the article mistakenly used the phrase ‘viral cells’ instead of ‘virus’.