Questioning your sexuality? Bisexual men say one action is critical

“You almost have to come out again and again.” 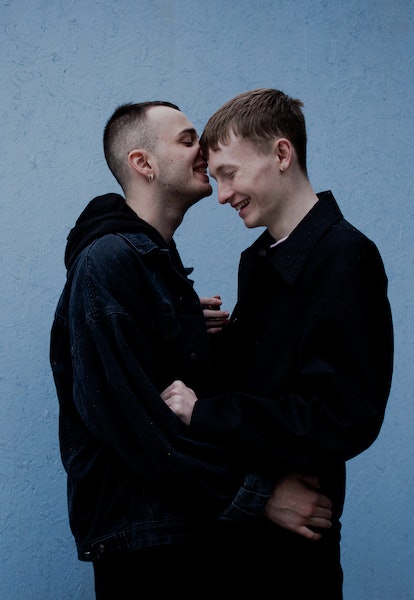 Sylvie asks Loki if he has his eye on any princesses… or maybe a fellow prince. Loki confirms he’s had his eye on “a bit of both,” confirming him as the first openly bisexual character in a Marvel movie.

Bisexual representation matters regardless of gender, but for some, it was especially exciting to see a bisexual man in such a popular show. Studies suggest attitudes toward bisexual men are more negative than towards bisexual women, and being portrayed positively in media is known to foster positive interpretations of people with marginalized identities.

These negative attitudes can result in real, devastating consequences. A 2019 Pew Research study found bisexual men are less likely to be “out” than bisexual women. Bisexual men also experience higher lifetime rates of mood and anxiety disorders compared to homosexual men. Those issues are compounded when the person experiences other marginalized identities, like being a person of color.

Inverse spoke to seven bisexual men from across six different countries about being misunderstood, and misconceptions about bisexuality. They opened up about stigma, dealing with depression, anxiety, and alienation.

Critically, they also offer advice to men who might be questioning their own sexual orientation. Ultimately, they say, labels are just one part of the equation — what matters most is that you accept yourself and pursue relationships that make you happy, regardless of gender.

The biggest misconceptions about bisexuality

All the men Inverse spoke with agreed on the two biggest misconceptions about bisexual men. They are:

This is far from a harmless stereotype. The belief that bisexuality equates to promiscuity can stem from biphobia — hatred or fear of bisexuals. According to the San Francisco Human Rights Commission: “Often biphobia is based on inaccurate stereotypes, including associations with infidelity, promiscuity, and transmission of sexually transmitted diseases.”

Vance*, a 50-year-old in Australia, finds this attitude exists even within the LGBTQ+ community. He tells Inverse he’s gotten frustrated when partners won’t trust him to not cheat, and with members of the gay community who are judgmental.

“The latter is especially annoying, given the gay community has been railing against exactly that sort of marginalization for years,” Vance says.

Though he is single now, he says, “If I find someone who will love me for everything I am, and I love just as much, then I’ve got everything I wanted.”

Of course, monogamy isn’t for everyone. Open relationships, polyamory, or just having lots of sex with different partners may be preferable for some people. And as long as sexual activity happens safely among consenting adults, who cares? What matters is that such behavior isn’t specific to any one sexual orientation.

This myth falls under the umbrella of “bi-erasure” or “bi invisibility.”

Jai*, a 23-year-old in India, tells Inverse, “people have such a binary view of everything they find it hard to understand that one could be bisexual and not gay or straight.”

“It is also always assumed that because we are into women as well and kind of straight passing — that we haven’t ever faced any discrimination,” he says. “And that’s very wrong.”

When bisexuality isn’t accepted as fully real and valid, it can be incredibly difficult for people struggling to figure out their own sexual orientation.

Drew*, a 27-year-old in Spain, says that for most of his teenage years he struggled with “internalized biophobia.”

“Because I had a preference for men, I ended up invalidating my attraction toward women because I thought I was just lying to myself,” he says.

It wasn’t until he talked to a gay friend who told him “female genitalia grossed him out” that Drew realized that’s not how he felt at all. That difference helped him realize that “the bisexual tag felt more truthful for me than the homosexual one.”

Jai had a similar experience. He had two tough years where he struggled knowing that he wasn’t gay because he was attracted to women but also knew he wasn’t straight.

“It did not occur to me for a very long time that I’m just bi. Because we are always told that you’re either straight or gay,” he explains.

Coming out as bisexual

Drew believes these binary attitudes keep some from coming out as bisexual.

“I just feel like if bisexuality was more visible and validated, more people would publicly identify as bisexual,” he says. “Now, identifying as either straight or gay is just easier — even if your sexual tendencies or behavior is actually bisexual.”

Not fitting into a binary when everyone else seems to think you should is “exhausting,” Jai says.

“It’s exhausting because to every single person that you let in about your sexuality, they ask these same old, stereotypical questions,” he says. These include:

Because of this stubborn adherence to the binary, Jai says, “being bi means you almost have to come out again and again and deal with these exhausting questions each and every time.”

“All of it circles back to the lack of awareness that bi folks do exist and that sexuality isn’t binary but a whole wide spectrum,” he says.

Studies show bisexual people are at a greater risk of depression and anxiety than lesbian and gay men. Ensuring emotional hurdles can include:

All the men Inverse spoke with say they’ve often felt alienated from the wider LGBTQ community. Although sexual orientation exists on a spectrum, public perception of sexual orientation is often binary: you’re either gay or straight.

“For a long time, I only knew about homosexuality and heterosexuality,” says Marc, a 20-year-old man in Switzerland. “I was never able to identify with either of them.”

Several told Inverse that they frequently feel pushed into either the heterosexual or homosexual box.

“Biphobia exists within the LGBTQ community.”

Henry, a 27-year-old in Minneapolis, tells Inverse he gets the sense that many of his straight friends think of him as gay.

“They’re trying to be supportive, but they kind of lump me in with our gay friends, like, they’ll talk about women they find attractive only with each other, even though I’m attracted to women too,” he says.

It’s not always straight people doing the pushing, Luke says. There are similar issues in the LGBTQ community.

“Biphobia exists within the LGBTQ community,” he says. He’s experienced a lot of “toxic nonsense.” He’s felt like he’s had to prove he’s queer enough, or others thought he wasn’t queer enough.

This feeling of alienation among people who are bisexual is well documented in studies and by gender scholars.

“The toxic gatekeeping and biphobia can lead to depression, anxiety, and loneliness,” Luke says.

2. Potential partners being uncomfortable with bisexuality

“If one doesn‘t find a partner for a while, it is even more depressing than it is [for] a straight person since you have a lot more options, but still nobody who loves you,” he says. “For me personally, it is very hard to find men attractive or even fall in love with them, knowing that there is about a 95 percent chance that they have no romantic or sexual interest because they’re straight.”

That’s caused Marc “a lot of pain and insecurity.”

That’s understandable, says Stokes. “Common feelings I hear from LGBT+ men are feelings of isolation, shame, guilt, and being misunderstood,” he says. “This is a recipe for an anxiety or depressive disorder.”

Before coming out to his family and friends, Ian’s anxiety kicked into high gear.

“I was worried about letting people down, how people would react — many things,” he says. “It was leading to stress and probably a touch of depression.”

Stokes says this is quite common with many people in the LGBTQ community and therapy can help.

Therapy helps people “learn about their own sexual identity and what feels authentic in their expression,” he explains. “Each person is different and so helping identify what feels good for that individual is so important.”

Therapy can also help address anxiety and mood disorders before they spiral.

“Therapy helped a lot,” Ian says. “I always encourage people to ask for help because it is there.”

Luke agrees. “I've been to therapy many times to address issues around my sexuality, relationships, and depression,” he says. “I'm a big proponent of therapy and found it to be very helpful.”

Psychology Today has a database of mental health professionals and you can filter options by specialty, including LGBTQ+ issues. You can also specifically search for a bisexual therapist. You can find more resources at the end of this column.

Although figuring out your sexual identity can be liberating, Drew and Jai suggest not worrying too much about how other people define it.

“If the tag feels right for you, you’re free to claim it.”

“Keep in mind that, just as there’s no such thing of a golden list of requirements to identify as gay or straight, bisexual is the same,” Drew says. “If the tag feels right for you, you’re free to claim it.”

“I’ve come across many men who have had multiple, pleasant sexual experiences with both men and women and still don’t identify as bisexual — and that’s fine,” he adds.

Jai agrees, saying when people try to force you into a box or slap you with a certain label, that’s “not your issue, it’s theirs.”

“Do you really think anyone can ever fit your life experience in a title or label?” he says. “I’m not saying labels are bad, they’re affirmative and helpful. But if they don’t apply to you, that’s alright too.”

“Be kind to yourself,” he says, “the world’s hard enough already.”

If you feel like you may harm yourself, someone else, or otherwise feel like you’re in immediate danger, see a doctor, go to the emergency room, or call an LGBTQ+ crisis hotline.