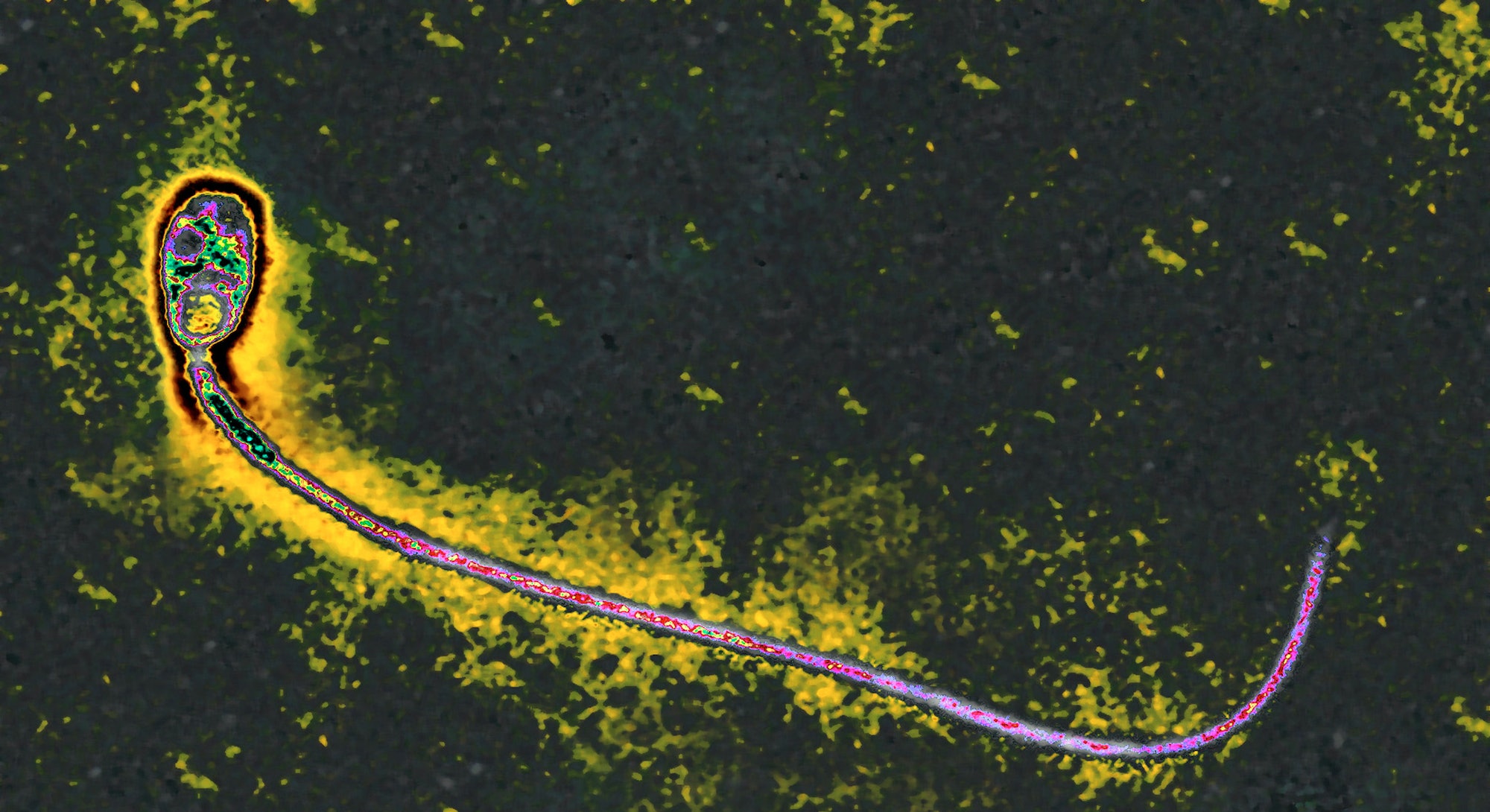 Chris* vividly remembers sitting on an uncomfortable plastic chair in a consultation room seven years ago after “one of the most awkward wanks of my life.”

He and his wife had been trying to have a baby for 18 months. Initial tests suggested he had obstructive azoospermia (healthy sperm in his testicles couldn’t get out via ejaculation). But more invasive tests soon revealed a more devastating truth: There was no sperm anywhere.

“I felt my entire world crashing down around me,” Chris, now 37, tells Inverse. “Every daydream I’d ever had of my children snuffed out with utter finality. Every vision I had for what my life would be like was shattered.”

Although men and women are equally likely to experience fertility challenges, male infertility remains overlooked by comparison. Research suggests men are less likely than women to talk about their infertility.

“When a man finds out he has fertility challenges, his shock is often met with denial and helplessness,” Stokes says

All too often, those feelings are left unexpressed. In these cases, men tend to cut themselves off from support systems right when they need them the most.

Inverse spoke to three men diagnosed with infertility about their experience with this very personal, complex obstacle. Infertility is a broad word that can mean a wide range of things. For this column, we’re talking about men who were told by a doctor either that they won’t be able to conceive biological children or will only be able to through medical intervention.

Going through infertility is never easy. But men who’ve gone through it say three insights were instrumental in helping them get through it:

The common belief that infertility is primarily a problem for women can, as Stokes suggests, make many men feel unprepared when they get an infertility diagnosis.

Ben Ashwell, a journalist who wrote about his own experience with obstructive azoospermia, tells Inverse that, after getting his diagnosis, “I felt humiliated because it hadn’t even flashed through my mind that I may have a fertility issue.”

“The sudden realization that I had a problem — and the preconception that it was a rare and somehow shameful problem — made me feel like I couldn’t talk to anyone about my diagnosis,” he says.

Even though his wife was “incredibly supportive and patient,” Ashwell says he still “felt really strongly that I had let her down in a way that I couldn’t verbalize.”

Stokes says the men he sees who are dealing with infertility need help in two important ways.

Stokes recalls one patient saying, “I have to just get through it. I can’t talk to my wife about it because I am already a burden with these fertility issues. Why would I put more stress on her?”

M.T., a 34-year-old in Ireland who requested Inverse use his initials for privacy reasons, says he struggled to talk to his wife about how he felt because of how upset she was about it. Seeing her upset, he says, only made him more so.

3. Talk to someone about your diagnosis.

Whatever emotions you’re going through, talking to someone — be it a therapist, partner, or friend — can help.

Chris had already been seeing a therapist. After he got his diagnosis, seeing them became “unspeakably helpful in dealing with infertility.”

The therapist also worked with Chris and his wife as a couple, ultimately helping each accept how the other felt about donor sperm.

“Before my diagnosis, I thought that almost all fertility issues related to women.”

Through these sessions, Chris’ wife came to understand his hesitation towards donor sperm, and he came to understand just how much the possibility of being pregnant meant to her. The therapist helped them brainstorm an approach Chris felt comfortable with.

“I would have sole responsibility to pick the small pool of potential donors based on criteria we agreed to. Even though it wasn’t my MY sperm, it was my choice,” he says. “That sense of agency and control was monumental. I don’t know if I could have made those steps without my psychologist.”

It’s healthy to feel and process emotions, especially grief. But, if you’re experiencing any of the following for a prolonged period of time, Stokes says that’s a sign you might benefit from professional help:

There may already be someone in your social circle who is struggling with the same issue, too.

“The biggest single factor in helping me talk about my diagnosis was speaking to a friend-of-a-friend who had exactly the same, pretty rare, diagnosis,” Ashwell says.

2. Educate yourself about fertility and infertility

Three of the men Inverse spoke to stressed the importance of educating oneself about male fertility.

When he started doing research, Ashwell found that male infertility was much more common than he realized.

“Before my diagnosis, I thought that almost all fertility issues related to women — and specifically to the viability of their eggs as they got older,” he says.

But he soon learned that, in heterosexual couples, men contribute to up to 40 percent of fertility cases.

“When I learned that, I felt duped. Why didn’t I know more about the prevalence of male fertility issues? And I also felt angry that a lot of our discussion about fertility is related to the notion of a woman’s biological clock,” he says.

“It’s frankly sexist and reductive to hone in on that one aspect of fertility when there are so many other causes of fertility — for both men and women.”

You can find links to excellent male infertility resources here.

Education can also lead men to learn about their options. For some men with certain types of infertility, medical intervention can be life-changing. For example, doctors were able to extract healthy sperm from Ashwell for In Vitro Fertilization. He and his wife are now expecting their first child.

1. Allow yourself to grieve

Societally, grief is acceptable when a family member or loved one dies. But with infertility, Chris says, “We grieve for children who can never live. An imagined future that will never come to pass. Acknowledging our feelings of sadness and anger as the grief they are can help.”

The most important thing for men to realize, Chris says, is that they’re not alone.

“Male infertility is not uncommon. You are not the first to face these challenges, nor will you be the last. It’s easy to feel broken, isolated, and alone after receiving these diagnoses when we absolutely are not,” he says.

What is the stigma of infertility?

Beliefs about masculinity often make surprise appearances in the wake of an infertility diagnosis.

Dan Cassino, a professor at Fairleigh Dickinson University who studies masculinity, tells Inverse the notion of fertility as an integral pillar of masculinity goes all the way back to the Ancient Greeks and the notion of cuckolds — men with wives who cheated on them and carry another man’s child.

“This goes back thousands of years to the idea that if you are raising someone else’s children, you have done something wrong — you have been taken advantage of by this other man,” Cassino explains.

And while that might feel wildly outdated and absurd in 2021, the vestiges of this idea linger in the present.

“I felt really inferior compared to other men.”

M.T. says that after getting his diagnosis, “I felt really inferior compared to other men, completely emasculated, and had very low self-esteem.”

Ashwell felt similarly, much to his surprise.

“I was shocked by how there was some part of me that was holding on to a version of masculinity that very few can live up to,” he says, “and that honestly seems pretty joyless and stifling.”

*Names have been changed at the request of privacy.