This ancient brain hack could change your life for the better

"Everyone can achieve better memory through training." 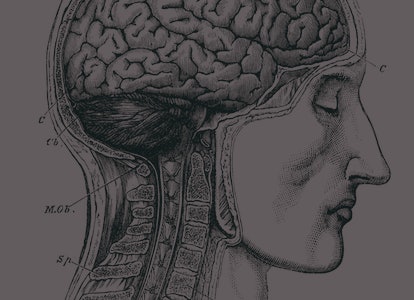 In pandemic times, it’s hard enough to remember what day it is, let alone the deluge of passwords, numbers, and tasks that need to be recalled each day.

Fortunately, new research suggests the techniques used by memory athletes — people with such infallible recall that they compete against one another — might be able to help.

Memory athletes, or people who memorize numbers, words, or faces as part of competitions like the USA Memory Championship, often use a technique called loci or the memory palace to enhance their recall. The technique was first described in early Greek and Roman treatises, was popularly demonstrated by Benedict Cumberbatch in BBC’s Sherlock, and helped one man memorize as many as 65,536 digits of pi.

How do you build a memory palace?

As sophisticated as it may sound, building a memory palace relatively simple.

Place the information you want to remember along a visual route you know well. You might place the first three digits of your social security number in locations within your childhood bedroom (on the bed, in the mirror, on a dresser, maybe) the second two in the hallway, and the last four in the bathroom. Then, to “collect” that information, mentally retrace your steps.

A paper published Wednesday in the journal Science Advances suggests this technique doesn’t just work for memory athletes – it can also work for regular people. A sample of untrained people who were taught memory palace technique also improved their memory compared to controls, and showed similar patterns of brain activity to the memory athletes after just six weeks of training.

Isabella Wagner, the study’s first author and a cognitive neuroscientist at the University of Vienna, tells Inverse that, post-training, the trained participant’s brains showed greater signs of “neural efficiency.” This suggests the training was making their brains better at storing these memories.

“Everyone can achieve better memory through training,” Wagner tells Inverse. “Although training is important here, one can reach already smaller success quite quickly.”

Digging into the details – Wagner and her team measured the effects of memory palace in two studies.

The first was done on 17 memory athletes and 16 controls who didn’t use the loci technique but also had strong memory skills, which were gauged according to IQ scores. The second was based on previously untrained people, 17 of whom learned the memory palace technique in 40 half-hour training sessions over six weeks, as well as two control groups.

The memory athletes using the loci technique showed better recall than the control group. The same pattern was seen for the people who had just learned the technique.

The memory training group could recall about 25 words on a list without training. After six weeks of using the loci technique, they were able to recall about 56 words.

A control group actually fared better than the memory training group pre-training, recalling 30 words, but subsequently fell behind those who learned the loci technique over the training period. They could only remember an average of 41.7 words after their training sessions – which consisted of general memory training.

What’s new — In the paper, the authors suggest the memory palace could act like a scaffolding, pairing new information with information that’s already easy to remember (like the layout of your home). But it can also create “strange and novel” associations that make things even easier to recall.

For instance, Wagner says she’s imagined a bunch of chickens “racing” through her memory palace bedroom while trying to remember to buy eggs.

“These sorts of connections are typically remembered well by the brain,” she says. And the fMRI scans explain why this technique might actually work.

Scans taken from the expert memory athletes showed decreases in activity in the left lateral prefrontal cortex. The same pattern of activity was seen in the brains of those who had just learned the loci technique over the past six months. In fact, the team reported no significant differences in brain activity between the memory athletes and the memory training group, as they traveled through their memory palaces.

This suggests that loci training teaches the brain to be more efficient when it comes to storing information. “Fewer resources might be needed to achieve better [memory] performance,” Wagner says.

How long do memories last? — Wagner says evidence from the untrained group suggests these memories might stick.

"In principle, this method could be applied to whatever type of information you like."

While memory athletes and the new trainees were at rest (not traveling through their memory palaces), their fMRI scans showed higher levels of connectivity between the hippocampus and the cortex. This may aid the stabilization of memories in the long term, Wagner explains.

Experimental evidence also suggests that at least some of the information stored in the memory palace sticks around.

Four months after the initial experiments, participants who had learned the memory palace technique were still better at remembering the same list of words compared to control groups. Those who performed better on that memory task also still had strong signs of deactivation in critical brain regions, which Wagner takes as a sign of memory efficiency had endured four months later.

“Training makes our brains work more efficiently and leads to stronger communication between brain regions that are important for making memories last,” she says.

Though the participants in this study focused on words, she argues that there’s no limit to the type of information we might be able to place inside a memory palace.

It could be a grocery list, a social security number, or the face of someone you want to remember. “In principle, this method could be applied to whatever type of information you like,” Wagner says.

Abstract: Mnemonic techniques, such as the method of loci, can powerfully boost memory. We compared memory athletes ranked among the world’s top 50 in memory sports to mnemonics-naïve controls. In a second study, participants completed a 6-week memory training, working memory training, or no intervention. Behaviorally, memory training enhanced durable, longer-lasting memories. Functional magnetic resonance imaging during encoding and recognition revealed task-based activation decreases in lateral prefrontal, as well as in parahippocampal and retrosplenial cortices in both memory athletes and participants after memory training, partly associated with better performance after 4 months. This was complemented by hippocampal-neocortical coupling during consolidation, which was stronger the more durable memories participants formed. Our findings advance knowledge on how mnemonic training boosts durable memory formation through decreased task-based activation and increased consolidation thereafter. This is in line with conceptual accounts of neural efficiency and highlights a complex interplay of neural processes critical for extraordinary memory.