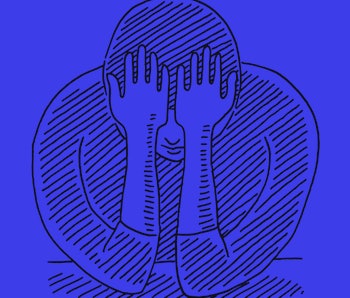 As the pandemic lingers, and the months stack up, Americans are increasingly willing to venture out of their homes — even if where they live is technically still under lockdown. According to a University of Maryland research project that leverages anonymous cell phone data to track social distancing compliance, last week social distancing declined by three percent.

That project’s lead researcher, Lei Zhang, says this indicates a “premature loosening of social distancing behavior” and is driven by “quarantine fatigue.”

Even if you personally haven’t experienced quarantine fatigue, you’ve likely encountered sentiments attached to the experience. Generally, it’s defined by restlessness and frustration. It’s prompted by the fact that stay-at-home orders have extended beyond what people were mentally prepared to do.

And it’s a trend that’s splitting the country. Ed Hirt, a professor of psychological and brain sciences at Indiana University Bloomington, has observed that quarantine fatigue has prompted two camps: Those who have been struck by how long this is going on, and thus struck by depressed feelings because of that, and those who are struck and are deciding they’ve had enough and are heading out.

“It’s worth mentioning that everyone is feeling this fatigue to some extent,” Hirt tells Inverse. “It’s a fairly universal experience because we’re all having to make sacrifices and do things that we don’t want to do.”

But there are also steps you can take to combat quarantine fatigue. These include finding perspective, staying healthy, and not giving up on old coping strategies.

The psychology of fatigue

Leonard Jason is a professor of psychology at DePaul University. He notes that a number of factors could drive quarantine fatigue, including lower rates of physical activity and subsequent lower levels of energy and a changed family dynamic. Anxiety and depression brought on by a lack of social connections, financial hardships, and stress-related to work can also drive fatigue.

“Even if none of these factors apply to a person, undergoing such a stark shift in daily routine and lifestyle is stressful for even the most adaptable person,” Jason tells Inverse. “And to accompany this stress, there is a great deal of uncertainty — a lot cannot be controlled. This stress will likely contribute to greater levels of fatigue.”

“We just kind of have to roll with it and keep trying to make the adjustments that will help us withstand it all.”

Vaile Wright, a clinical psychologist and spokesperson for the American Psychological Association, emphasizes to Inverse that “this situation is not a natural state for us to be in.” Humans are social beings and being deprived of even incidental interactions — saying hello to a neighbor on your way to work; talking with a barista — can drive a sense of loss.

The simple fact that this pandemic means we have to consistently exert self-control can also drive fatigue, Hirt says. And it’s fair to feel fatigued. Everyone is encountering real hardships. The unfortunate truth is that, in many places, adhering to social distancing rules is still the best action you can take for yourself and your community.

How to combat quarantine fatigue

First, it’s important to remember the basics, Wright says. Make sure you’re eating healthy, getting active, and remembering to get enough sleep. Stay virtually connected to others — even when you’re feeling over it, Wright says.

Wright also delivers a clear truth: There’s also some sense in simply accepting this is how it’s going to be for a time.

“We just kind of have to roll with it and keep trying to make the adjustments that will help us withstand it all,” Wright says. “For some, that could be picking up a new hobby or adding some novelty to your life. For others, it can simply be sustaining yourself — getting up, taking a shower, getting dressed.”

Jason notes that while our typical coping strategies may seem harder to use, it’s not time to give up on them yet. He uses this example: Let’s say your primary coping strategies are meditation and exercise. Now, the gym and your zen center are closed. That’s a challenge that can feel discouraging and drives fatigue, but it also presents an opportunity. To make it work, you can finally reorganize your home and make a space that’s compatible with those activities. That type of change is described as positive coping because it facilitates the adaptation process.

Hirt’s advice comes down to actively working on a shift in thinking. If you’re hyper-focused on blaming others for this situation — whether that’s your governor or joggers — you’re more likely to succumb to this type of fatigue. The people who are more likely to experience resilience, Hirt says, are those who focus on the silver lining and the idea that we are adjusting our lives for the common good.

“You can’t force people to make good out of a bad situation, but those who have a sunnier outlook will experience resilience,” Hirt says. “There are real mental health consequences that come with not feeling in control of your life, but blaming is simply a deflection strategy.”

“If you can focus on what you do have, compared to what you have lost, you will have a totally different experience.”