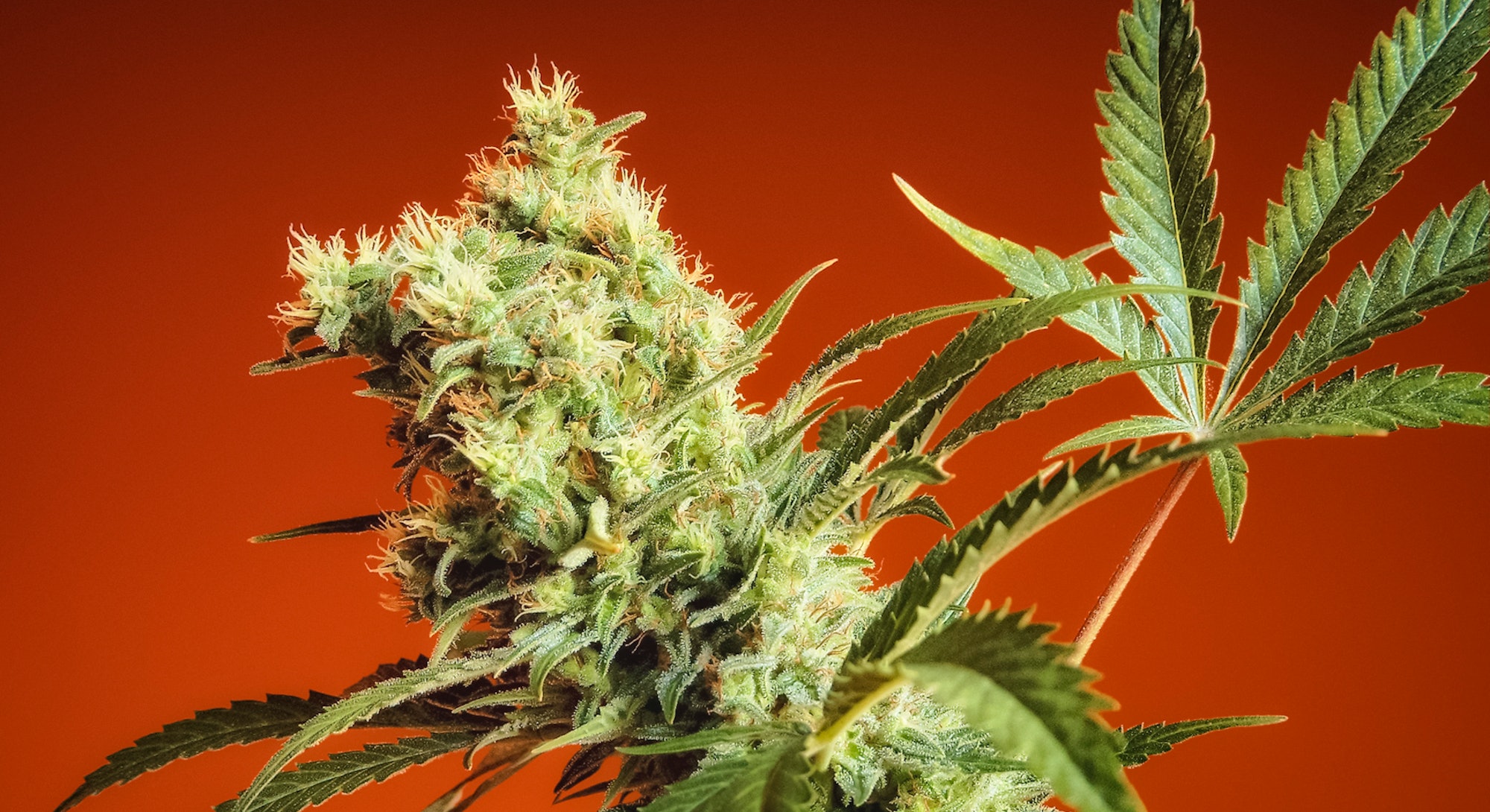 When immunologist Babak Baban found out which side effects were responsible for the most severe cases of Covid-19, he immediately thought about cannabis.

Specifically, he thought about the non-psychoactive cannabinoid, cannabidiol (CBD). An associate dean of research at the University of Augusta’s Dental College of Georgia, Baban had previously researched the effect of CBD on other conditions associated with inflammation, like melanoma, chronic wounds, and Alzheimer’s.

Early in the summer of 2020, he and his team did what many other CBD researchers across the globe did: started studying the effect of CBD on cytokine storms and Acute Respiratory Distress Syndrome (ARDS), the side effects underlying so many deaths caused by coronavirus.

“We don’t have very many good treatments for viruses,” Baban tells Inverse. “Not like we do for infections.”

The strongest tool we have to combat viruses, he says, is our immune system — that’s why we call immunity from viruses “cellular immunity.”

“The immune system is very powerful, but when it gets overloaded, it can do more harm than good,” Baban says. “That’s when we need something that gives the immune system a break. And we know that’s something CBD is useful for.”

All of the researchers Inverse interviewed for this story stressed two things: first, that CBD is a very promising treatment for cytokine storms and ARDS and second, more research and clinical trials should be done before using it as a treatment in humans.

But there is cause for some optimism. Although clinical trials in humans need to be done before we can prescribe CBD for cytokine storms, trials of CBD as a treatment for ulcerative colitis — another inflammatory response — have had promising results. One of the benefits of CBD is that we know lab-tested, medical-grade CBD is relatively safe and has generally mild side effects compared to other pharmaceuticals, one of the reasons a CBD-based drug is approved for children with intractable epilepsy. That said, the FDA has found that many CBD products sold over the counter don’t always have the amount of CBD the bottle says it does and can contain other questionable ingredients.

The CBD you might find at a grocery store, for example, isn’t what these scientists are excited about. It’s medical-grade CBD that may have a role in the future of how we treat Covid-19.

How do cytokine storms work?

Although a relatively small percentage (some studies have shown 4 percent) of people who contract Covid-19 will develop cytokine storms or ARDS, those who do are very likely to have serious, and sometimes fatal outcomes.

The current treatment for cytokine storms is often steroids, which can be effective, but come with a host of other side effects, making the possibility of CBD as a treatment in the future, an exciting option.

Inflammation is the process our body uses to attack and neutralize pathogens like viruses and bacteria. When the body detects a foreign pathogen in the body, it sends special cells called macrophages to gobble it up and destroy it. Macrophages, which belong to a group of white blood cells called leukocytes, can also present antigens to T-cells (white blood cells that play a central role in adaptive immunity) and start an inflammatory response by releasing molecules called cytokines.

Here’s what happens when someone is infected with the SARS-C0V-2 virus, but is asymptomatic or has mild Covid: Macrophages race to the virus and gobble it up. Recognizing that this is something the body hasn’t seen before and will need help fighting, it presents the antigens to T-cells. B-cells make warning labels to stick on the virus antibodies, so other cells can identify and destroy it.

In mild cases of Covid-19, Baban says, this is what’s happening inside the body. While you drink fluids and rest, white blood cells are launching an effective, proportional attack against the virus. In most cases of Covid-19, this attack is enough to keep the virus from taking over, and the person eventually sheds the virus.

In severe cases, however, the immune system overreacts. It releases too many of those powerful, pro-inflammatory cytokines as well as too many other powerful infection-fighting immune cells like monocytes, lymphocytes, and neutrophils. So many of these amped-up infection-fighting cells are released —way more than is needed — that the fighters start attacking the body’s own cells, instead of the virus.

Good, healthy cells are attacked by this friendly fire, more cytokines are released, and the situation spirals into a cytokine storm. This response can make it difficult for the lungs to remove harmful gasses like carbon dioxide, and efficiently provide oxygen to the body.

Baban explains it using an analogy about police and a “bad guy.” The bad guy has broken in somewhere and the cytokines are calling for backup. “The place is surrounded by police in SWAT gear and still they’re calling for more and more backup — when what you actually need is to step back and diffuse the situation,” Baban says.

This SWAT-heavy response is what made Baban, and others who study cannabis, think CBD could be helpful because of how it interacts with the endocannabinoid system and, in turn, the immune system.

The endocannabinoid system’s job is to help the body maintain a state of homeostasis, explains Bonni Goldstein, a physician in California and expert in cannabis medicine who consults with cannabis industry leaders. All mammals have an endocannabinoid system, and in turn, this system balances the “chemical messages that our cells send to each other,” Goldstein tells Inverse.

“When we are challenged by an infection, injury, inflammation or traumatic insult, our endocannabinoid goes into action to repair, protect, and promote recovery, functioning behind the scenes to keep us well,” Goldstein says.

“CBD can calm an overactive immune system, like autoimmune disorders,” she says, “it can also enhance immunity when the immune system is not functioning well.” For example, some studies have shown it to be beneficial for treating multiple sclerosis in rats.

What we know (so far) about Covid-19 and CBD

CBD’s ability to help modulate the immune system is what prompted researchers in the United States, Israel, and Canada to independently investigate if CBD could be useful in quelling cytokine storms and ARDS since the onset of the pandemic.

In a controlled study published in September in the journal Cannabis and Cannabinoid Research, Baban and his team in Georgia artificially induced ARDS in mice using a treatment called Poly (I:C), which then created a cytokine storm and caused respiratory distress.

“We saw all the classic signs of the disease,” Baban says. “The oxygen dropped, we saw the invasion of inflammatory cells, we saw the destruction of the lung structure.” Then, the team treated some of the mice with an injection of CBD isolate (CBD without any other cannabinoids).

“After three or four hours, we could see they improved. The oxygen came back very quickly, monocytes and neutrophils started approaching normal levels, as did proinflammatory cytokines, and lung structure improved,” Baban says.

In every case, the damage in the mice who received the CBD was either partially or totally reversed. In other words, the CBD told the SWAT team to go home.

The team followed up that study with another attempt to understand why CBD was having such a positive effect.

Their second study, published in the Journal of Cellular and Molecular Medicine in November 2020, may have found at least part of the answer. Following the same initial process as their previous study, they created cytokine storms and ARDS in mice. This time, they noticed that apelin, a peptide that plays a central role in reducing inflammation, was close to zero in the mice with ARDS. After administering CBD, apelin expression increased by 20 times, and the mice started to recover.

“Apelin is widely presented in the lungs, heart, and digestive system,” Baban explains, “and can be important for homeostasis and rebalancing the immune system.”

If CBD and apelin really can work together as immunomodulators, they might be able to turn those “cytokine storms into cytokine breezes,” Baban says. Still, he cautions that “more work needs to be done before recommending CBD to humans for cytokine storms. For his part, he’s moved on to looking at how CBD affects mice with Alzheimer’s Disease.

Although it hasn’t yet been peer-reviewed, it’s worth noting that a preprint study led by University of Chicago researchers released in March found similarly positive results when treating ARDS-induced mice with CBD. If it successfully gets through peer review, it will be another piece of evidence indicating CBD could be effective in treating cytokine storms and ARDS.

These two studies, which were done completely independently of each other, varied from the Georgia and Illinois studies in two significant ways:

How did they do it? The researchers in Canada, took 3D printed artificial skin and exposed it to UV light to induce inflammation. After inducing inflammation, the researchers treated the artificial skin with seven different cannabis “cultivars.” Medical cannabis researchers typically refer to different phytocannabinoid and terpene (aromatic oils found in the cannabis plant that can have their own medicinal properties) combinations as “cultivars,” not strains.

The cannabis cultivars all contained different combinations of CBD, THC, and other phytocannabinoids and terpenes. While they found that one of the cultivars was potentially harmful and another had no effect, they were not the CBD-dominant cultivars. One of the researchers, Igor Kovalchuk, tells Inverse that “in general, the CBD-dominant strains performed better.” These results support Baban’s findings that CBD has the potential to be effective in quelling cytokine storms.

Israel, which is a pioneer in medical cannabis research, has long been home to scientists studying how CBD affects various inflammatory reactions. In particular, researchers from Israel’s Volcani Institute, an agricultural research organization, have looked at the medicinal properties of different phytocannabinoids and terpenes.

In the Nature study, the researchers outline how, using models already in their lab, they tested the effect of two different cultivars containing CBD on alveolar epithelial and macrophage cell models. Both cultivars substantially reduced the troublesome interleukins 6 and 8 (IL-6, IL-8) in the lung epithelial cell line. High expressions of interleukins 6 and 8 have been used to predict respiratory failure in Covid-19 patients

It wasn’t all good news. Both cultivars also increased macrophage polarization, a term used to describe how many macrophages have been activated at a given space and time. That’s not what you want when you’ve already got too many of those guys hanging around.

Hinanit Koltai, one of the researchers on the Nature study team, tells Inverse the specific terpenes used on that cultivar might be to blame, but more research is necessary. She also says that CBD isolate may be more effective here than the phytocannabinoid combinations the researchers used in the study. That makes sense to Baban, who used CBD isolate in his study with great success, as did the researchers in Illinois.

While the existence of effective vaccines and robust vaccination programs can make the end of the pandemic feel like it’s right around the corner, we still desperately need more effective treatments that can help prevent severe cases of Covid-19. Less than 20 percent of the U.S. population has been fully vaccinated, and variants throw unknowns into the equation.

Targeting cytokine storms and ARDS is wise, as developing either can lead to the worst cases of Covid-19. While more clinical tests need to be done, these experts emphasize that an effective treatment for overactive immune responses — and one with relatively few side effects to boot — could be a game-changer.