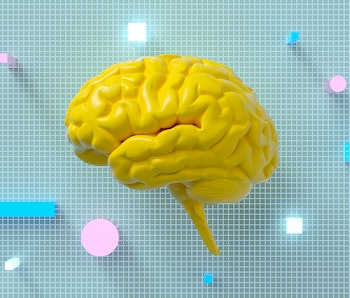 While kids can pick up new languages at a rapid clip, we adults often struggle to remember the word for fork three months into French class.

Historically, this age-related mismatch in language learning has puzzled scientists — why is language learning notoriously difficult for adults? In a new study, researchers offer an answer while pointing to dramatic findings linked to the human brain.

Their results suggest learning a new language as an adult actually reroutes brain networks, igniting shifts that can have long-term implications on memory and cognitive function.

As skills improve, language comprehension changes how the two halves of the brain split functions, the study suggests. Language production — speaking that language — doesn't cause the same changes. In particular, the language lateralization changes observed were greatest when it came to reading a new language, smaller when it came to listening, and negligible in speaking.

Based on these findings, it appears that language production is hardwired in the left brain — but comprehension is more flexibly shared across hemispheres.

Co-author Kshipra Gurunandan is a researcher at the BCBL Basque Center on Cognition, Brain, and Language. She tells Inverse these findings imply that, in some ways, adult brains are more flexible than previously hypothesized.

"The brain remains flexible enough to learn new languages well into adulthood, even if nailing the accent might get harder with age," Gurunandan says. "We surmise that for an adult, it might be easier to learn a language that has sounds similar to one’s native language."

These findings published Monday in the Journal of Neuroscience.

Language is a distinctly human phenomenon that requires a "delicate balance between neural specialization and plasticity," Gurunandan and her team write.

Neural plasticity means how the brain changes to learn a new skill. Neural specialization hinges on the fact that that various types of brain functions are localized to different hemispheres in the brain. Both hemispheres don't evenly split labor for every function.

"The left hemisphere is widely considered to be more or less hard-wired for language, but adults who learned more than one language in early childhood show greater right hemisphere involvement than those who grew up with one," Gurunandan explains.

At the start of the study, Gurunandan and their team asked: "What exactly makes learning a language so difficult when adults routinely learn complex new skills or large amounts of information for their occupations?"

To answer this question and determine how adult language learning influences plasticity and lateralization, they used functional magnetic resonance technology (fMRI) to compare the brain activity between hemispheres while adult language learners read, listened, and spoke in their native and new languages.

Analysis of the study group — who ranged in age from 17 to 60-year-old — was designed to capture how age shapes the brain's response to language learning. They tracked the neural outcomes of two groups of language learners:

Does learning a language change the brain?

Early on in the language learning process, native and new languages looked quite similar in the brain, suggesting people accessed their new language through their native language.

In advanced learners, the two languages were more distinct and tended to lateralize to opposite hemispheres, Gurunandan explains. This could contribute to a better separation of the two languages.

"By studying adult language learners, we found that language learning later in life also affects lateralization — in comprehension, but not in production," Gurunandan says. "Different aspects of language such as reading, listening, and speaking show different lateralization and plasticity in the brain."

The native and new languages were able to recruit opposite hemispheres for comprehension but speaking either language depended on the left hemisphere. The left hemisphere, in turn, appears to be specialized for speech, Gurundan says.

The results also suggest that when people's sensorimotor cortices get involved — when they start using their eyes, ears, and mouth to speak — the brain specialized its function. It's possible language learning difficulty in adults may arise from the more “physical” aspects of language, Gurunandan explains.

Taken together, these findings suggest production is hard-wired to the left hemisphere, while comprehension is more flexible. This may explain why it is more difficult to learn to speak a new language as an adult, even though it is possible to learn to understand it quite well.

The study doesn't just shed light on the challenges of picking up something new in middle age. The findings also help explain the high variability of clinical outcomes related to language impairment and recovery after people experience brain damage or cognitive decline.

In the case of left hemisphere damage, reading or understanding may be more likely to be re-learned than speaking, Gurunandan says.

Language learning and longevity — While brain changes were slightly larger in adolescents in the study, comprehension appeared to be relatively plastic throughout the lifespan. It's never too late to learn a new language — or get the brain benefits associated with that process.

As decades of life wear on, the brain becomes less plastic or able to reorganize its function, shifts that can contribute to slower mental processing, memory loss and lead people to be unable to live independently or manage their life.

Keeping the brain plastic can help people stay sharp and mentally healthy as they age. Learning a new language is one way to promote that. And even when the going gets tough, this study suggests different parts of the brain are working overtime to compensate.

Abstract: Functional specialization and plasticity are fundamental organizing principles of the brain. Since the mid-1800s, certain cognitive functions have been known to be lateralized, but the provenance and flexibility of hemispheric specialization remain open questions. Language is a uniquely human phenomenon that requires a delicate balance between neural specialization and plasticity, and language learning offers the perfect window to study these principles in the human brain. In the current study, we conducted two separate functional MRI experiments with male and female language learners, one cross-sectional and one longitudinal, involving distinct populations and languages, and examined hemispheric lateralization and learning-dependent plasticity of three language systems: reading, speech comprehension and verbal production. A multi-pronged analytic approach revealed a highly consistent pattern of results across the two experiments, showing that (i) in both native and non-native languages, while language production was left- lateralized, lateralization for language comprehension was highly variable across individuals, and (ii) with increasing non-native language proficiency, reading and speech comprehension displayed substantial changes in hemispheric dominance, with languages tending to lateralize to opposite hemispheres; while production showed negligible change and remained left-lateralized.These convergent results shed light on the long-standing debate of neural organization of language by establishing robust principles of lateralization and plasticity of the main language systems. Findings further suggest involvement of the sensorimotor systems in language lateralization and its plasticity.