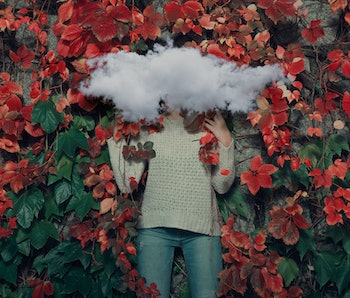 For children, spending time in nature might be a necessity. Growing up in an exclusively urban environment could have long-lasting implications that show themselves years later. And the converse may be true, too: Growing up surrounded by nature may confer long-term benefits that safeguard mental health — and may even lower the likelihood of premature death.

That’s the take-away from a May 2019 paper that analyzes nature exposure and mental health in 3,585 people from four cities in Europe. People who grew up with low exposure to nature also tended to have high levels of nervousness and depression in adulthood, the research suggests.

At the time, the study’s senior author Mark Nieuwenhuijsen Inverse that green space’s benefits may not be obvious to a child, but skipping out on nature time could affect mental health later on.

“The people that reported more exposure to nature actually have better mental health than those that don’t even after we adjust for exposure at the time of the interview when they are adults,” Nieuwenhuijsen said.

The study can’t completely explain why missing out on nature as a child seems to have detrimental effects later in life. The team offers two potential explanations for their results.

The first is that nature is inherently good for you. Having a 90-minute “nature experience” is linked to lower levels of rumination — the persistent and negative thoughts that are a risk factor for mental health conditions. Spending time near blue spaces, like ponds, oceans or lakes, can also reduce stress. A review published earlier this year in The Lancet found that when an area’s vegetation index increases, premature death rates go down among people who lived up to a third of a mile away.

The second explanation is that growing up in nature may also mean you don’t spend your crucial developmental years awash in the filth of city living.

"We hope that city mayor, urban planners, and architects realize how important urban nature is…"

Just two days of exposure to air pollution levels at the limits recommended by the United States’ Environmental Protection Agency is linked to psychiatric-related hospitalizations in children. Growing up near a polluted highway may impact cognitive development, and, in China, air pollution is linked to unhappiness. It’s plausible that growing up outside a city may lower the risk for these issues.

It may also be a little bit of both. Wilma Zijlema, the study’s first author, told Inverse that these results show that cities should invest in green spaces, especially for kids.

“We hope that city mayor, urban planners, and architects realize how important urban nature is and that they will ensure that nature is accessible for all children so that they can grow up in a healthy environment that can have long-term benefits for their health,” she said.

As 2019 draws to a close, Inverse is revisiting 25 striking lessons for humans to help maximize our potential. This is #6. Some are awe-inspiring, some offer practical tips, and some give a glimpse of the future. Read the original article here.