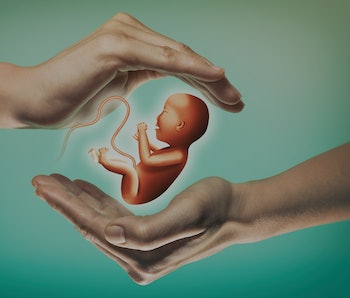 If we could really design our children what would they be like? While that question might trigger the thought of a dystopic society where a child’s traits are selected to fulfill a pre-determined social order, in reality, the ability to pick and choose these traits may not be that far off.

Hypothetically, we can already choose embryos that will grow up to be slightly taller children with slightly higher IQ scores, evidenced by a paper published Thursday in Cell.

The phrase “designer baby” is typically thought of in conjunction with CRISPR, a technology that allows scientists to make specific changes to the genome. CRISPR has sparked all kinds of ethical debates and became even more relevant when Chinese scientist He Jiankui controversially used it to edit the genomes of human embryos, who were born in November 2018.

But while the debate over the ethical implications of CRISPR is ongoing, research continues to progress — in turn, opening up another way we might create designer babies.

For decades, scientists have been able to screen embryos. This means that they can screen an embryo for a single trait like a disease, or determine its sex. Then that embryo can be carried to term by the mother.

What’s new is that scientists are learning how hundreds of genes influence far more complex traits, ranging from IQ or height to the risk of diseases like depression. Then, they can determine a score that estimates how likely it would be that someone would develop a condition or trait based on variants of those genes.

"Controlling CRISPR and getting it to do what you want is a challenge.”

The authors of this new paper suggest that these summaries, known as polygenic scores, alongside embryo selection have paved the way towards creating a “designer baby” right now — without the use of CRISPR.

“Controlling CRISPR and getting it to do what you want to do is a challenge,” co-author Todd Lencz, a professor at the Feinstein Institutes for Medical Research, tells Inverse.

“When you’re talking about the CRISPR debate, this is actually, in some ways, a lower-tech approach to try and achieve some of those same goals.”

In the paper, Lencz and his colleagues warn we’ve reached a critical point. As we learn to screen embryos for more traits, we’re creating a new tool that could be used to design future children.

The designer baby we could make right now

While mutations in a single gene are responsible for some inherited genetic conditions, there’s no one gene that’s responsible for being above average height, having a higher IQ, or having a condition like depression.

Instead, there are hundreds if not thousands of genes that all contribute a tiny bit to these traits. The polygenic score considers all those effects, Lencz explains. He says that in the genetics community, polygenic scores “are the single hottest thing out there.”

Shai Carmi the paper’s lead author and a population geneticist at The Hebrew University of Jerusalem adds that it’s only a matter of time before polygenic scores will be used to screen embryos — a theory that in part, inspired this paper, which works through a polygenic score thought experiment.

“Polygenic scores were also becoming more and more accurate,” he tells Inverse. “Thus, it became obvious to me that very soon, people will start thinking: Why not test and select embryos for traits like height or IQ?”

Carmi views that selection process as “ethically problematic” and his paper is ultimately a thought experiment that throws ethical caution to the wind to show just how much we could actually change if we used this information right now.

The team considers how we might actually manipulate traits if parents simply screened ten embryos (a huge amount), scored them based on genes for height and IQ, and then carried the one that they hand-selected to term.

After all that work, it would be possible to to have a child that who is 2.5 centimeters taller than average and has an IQ score 2.5 points above the average, they estimate.

Those gains are just averages, the authors note. Even if you were to pick embryos with the “highest” polygenic score there’s still no guarantee that these changes would even happen.

“For most people this is not a lot,” says Carmi. “I wanted to do these simulations to get a basic idea about what are the expected outcomes of selection.”

Why are these small changes so important?

So if these changes are so marginal, why even consider them at all? Ultimately, Lencz says, it’s because companies are already starting to close in on the idea that polygenic scores could be applied to embryos.

The leaders of Genomic Prediction have already speculated that this will happen in the next few five to ten years. This company currently offers tests that will alert parents to conditions that are related to more than one gene, like heart disease and diabetes.

Importantly, Carmi and Lencz both note that there’s no guarantee that we’ll ever be able to get more than these marginal IQ or height gains based on polygenic scores — genes aren’t everything and some traits may just not be heritable. But even still, the idea of a 2.5 IQ point gain is possible right now, going by their estimate.

The researchers also predict that companies that start to offer this sort of service for diseases are just the crest of a wave. As polygenic scores get even a little bit more accurate, it’s probable that more trait-specific screenings to be offered to consumers.

“So far the companies I’m aware of are screening for polygenic diseases,” Lencz says. “But it’s really just a small step in thought to consider the possibility of using polygenic scores for quantitative traits, like height or IQ.”

Still, what you can presently change with embryonic selection based on these scores isn’t much. Right now, you can’t select an embryo that’s guaranteed to grow up to be a 6-foot tall genius. It’s too soon to say whether people will be able to select for more drastic traits in the future — and society will also have to decide whether that should be allowed.

The increasing proportion of variance in human complex traits explained by polygenic scores, along with progress in preimplantation genetic diagnosis, suggest the possibility of screening embryos for traits such as height or cognitive ability. However, the expected outcomes of embryo screening are unclear, which undermines discussion of associated ethical concerns. Here, we use theory, simulations, and real data to evaluate the potential gain of embryo screening, defined as the difference in trait value be- tween the top-scoring embryo and the average embryo. The gain increases very slowly with the number of embryos but more rapidly with the variance ex- plained by the score. Given current technology, the average gain due to screening would be ≈2.5 cm for height and ≈ 2.5 IQ points for cognitive ability. These mean values are accompanied by wide confidence intervals, and indeed, in large nuclear families, the majority of children top-scoring for height are not the tallest.