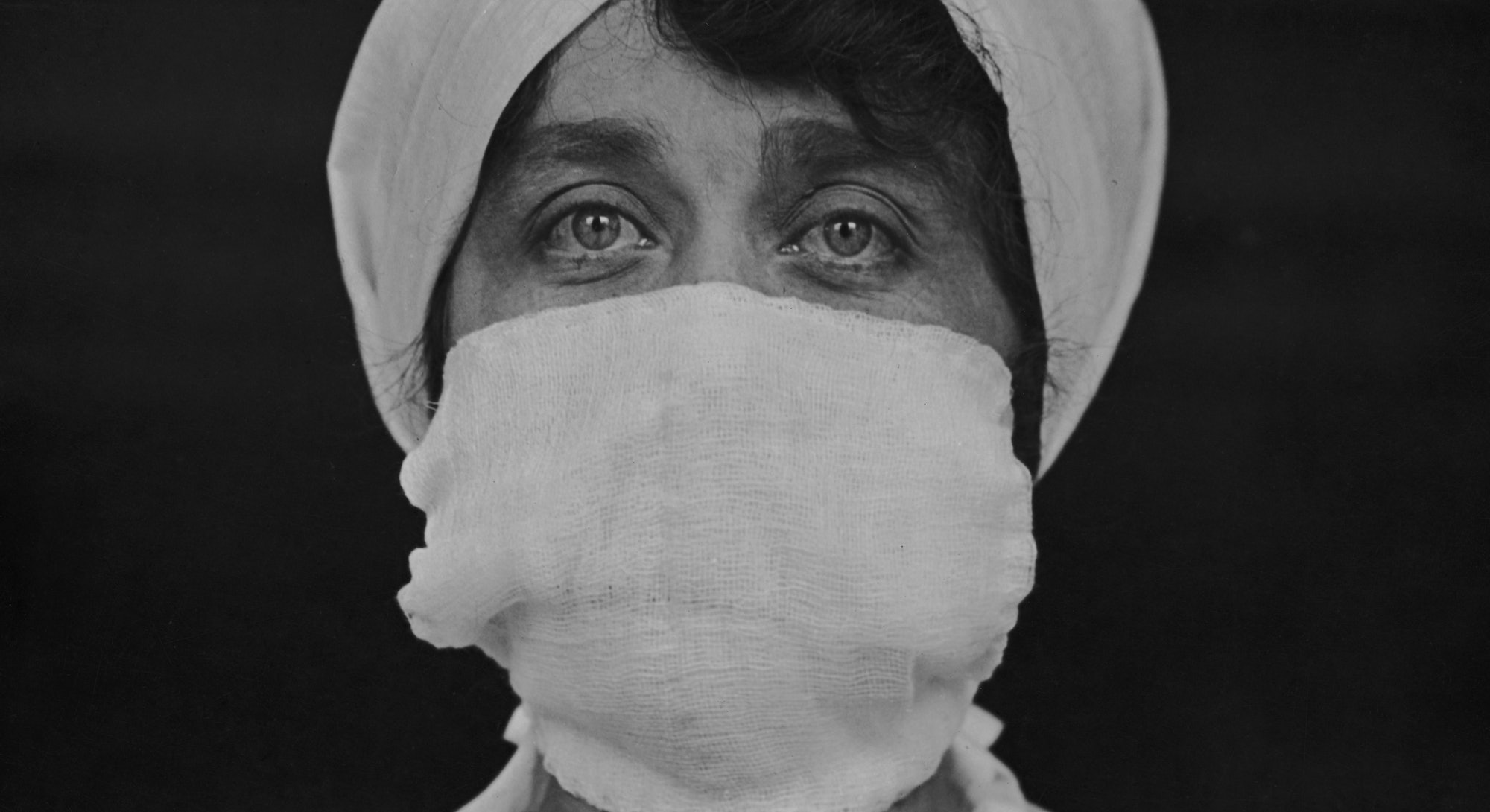 Less than a decade after the 1918 influenza pandemic, Victor Vaughan, a physician who lived through it, published a book called A Doctor’s Memories.

About the pandemic he wrote:

“I am not going into the history of the influenza epidemic. It encircled the world, visited the remotest corners, taking toll of the most robust, sparing neither soldier nor civilian, and flaunting its red flag in the face of science.”

Throughout the Covid-19 pandemic, historians and casual observers alike have turned to the 1918 Spanish Flu pandemic for potential lessons. But prior to Covid-19, the Spanish flu pandemic was so infrequently discussed that one of the relatively few books on the subject is literally called America’s Forgotten Pandemic.

Now, historians say the biggest lesson we can learn from the 1918 pandemic is how quickly people wanted to forget about it. We’re already repeating the mistake, experts say, and that’s worrisome. There are individual and collective dangers to this forced amnesia. It’s bad for our mental health and it leaves us more vulnerable to future pandemics.

“We have an amazing ability to forget recent traumas, and not worry about likely future ones,” David Shumway Jones, professor of epidemiology at Harvard University tells Inverse.

Could we really forget this pandemic?

It might seem hard to imagine a world in which Covid-19 isn’t omnipresent, given that everyone is still stashing masks in their bags and feeling uneasy about the Delta variant.

But despite these staggering numbers, Jones says it doesn’t take long for our memories to shift.

“Some are saying it will be years before we’re back to normal before people shake hands, or whatever.,” he says. “But in 1920 and1921 it was pretty much party central —as if [the pandemic] didn’t happen,” he says.

Jones can see a similar thing happening in the United States with Covid-19.

“I can easily imagine by the fall everything looking completely normal in the United States, this all just being a memory that people are actively trying to forget because they want to move on with their lives,” he says.

To be sure, there are many important differences between the two pandemics, and our post-pandemic era is likely to be different than it was in the 1920s. But it’s still human nature to move past uncomfortable feelings as quickly as possible.

Why we are so eager to forget traumatic events

Jessi Gold, a psychiatrist and assistant professor in the Department of Psychiatry at Washington University’s School of Medicine in St. Louis, tells Inverse the reason we want to move past traumatic events like a pandemic is quite simple.

“We don’t like to feel hard feelings,” she says. “It’s not always conscious or purposeful. Sometimes we’re just trying to move forward.”

“We don’t always know what kind of worms we’re dealing with,” Gold says. “That unknown part is scary to people. It means you have to hold whatever is inside the can, deal with it, and move through it. We don’t want to do that. It feels like it would be easier to just ignore it.”

While moving on quickly might work for some of us, Gold maintains that’s not realistic for most of us.

“You can try to push [the trauma and fear] down like a beach ball,” she says. “It might go under the water briefly. But eventually, it’s going to come back up.”

How do pandemics end?

Put simply, a pandemic is an epidemic of an infectious disease that’s prevalent over a whole country or world.

But that’s not actually how we process them emotionally.

We think of pandemics more as a crisis – a disease that’s spiraling out of control, a new and dangerous pathogen we don’t have a vaccine for and don’t fully understand how to treat. You know, Covid-19 throughout most of 2020 — and 2021.

But there’s a difference between a pandemic crisis and a pandemic we’ve learned to tolerate.

While experts now say Covid-19 will likely transform from a pandemic to endemic disease, pandemics don’t have an on and off switch. A pandemic’s end has less to do with meeting certain measurements, and more to do with a collective perception of the disease.

Living with a constant pandemic isn’t new to us, we’re already doing it. In the last 100 years, many pandemics and epidemics we faced haven’t ended.

“The AIDS pandemic has not ended,” says Jones. “It’s not killing as many people in the United States as it did in the 1980s, but since about the early 90s, there have been about 50,000 new cases here every year. There should be zero deaths, zero new cases.”

And that’s just in the United States. Jones says that while the HIV/AIDS situation in sub-Saharan Africa is better than it used to be, there are still parts of that continent where 20 to 30 percent of the population are infected.

Yet how many of us think of HIV/AIDS as an ongoing pandemic?

“You can make the case that 1918 seeded flu viruses so widely in the world, that they've just been a constant presence since.”

Another example is influenza. While there are so many virtual strains of the flu, some might consider each year its own novel virus, Jones says. But the current prevalence of the flu may be the result of that 1918 pandemic.

“There were epidemics of flu prior to 1918,” he says. “But you can make the case that 1918 seeded flu viruses so widely in the world, that they've just been a constant presence since.”

Although technically pandemics are caused by infectious diseases, Jones argues even diseases not caused by pathogens can functionally turn into epidemics or pandemics.

In the 1950s, roughly half of the population of industrialized nations smoked cigarettes, Jones says. In the United States, we went from a peak of 45 percent in 1954 to 14 percent in 2019.

“Rates of smoking didn’t go to zero,” Jones says. “And there’s no real interest in getting that number to zero.”

How much risk are we willing to tolerate?

According to Jones, one of the big picture questions epidemiologists and historians ask is: “To what extent do we choose the diseases we suffer from?”

It’s not a conscious decision, but “there’s some kind of unconscious process by which we determine what level of mortality is acceptable,” Jones explains.

“We've structured society to tolerate the endemic, high mortality from heart disease,” he says. “I can certainly imagine that if Covid-19 does become an endemic problem, we get to a point where we just shrug it off like we shrug off [heart disease].”

Likely, there will be some threshold for Covid-19 risk that becomes widely acceptable. That doesn’t mean we have to live in the fear that we’ve been living in for a while now — nor should it make us feel free of any risk.

Being alert and living full lives aren’t mutually exclusive, though it may feel t way depending on the status of Covid-19 cases in your community. After a summer of “this is fine” and a fall of boosters, we’re seemingly moving toward winter with climbing case counts. It is hard to imagine a world where we forget Covid-19, despite all the signs suggesting a lapse in memory will happen.

But it shouldn’t. Forgetting makes us vulnerable to the next threat.

We can, and should, both enjoy the freedom that vaccinations provide and simultaneously be aware that nothing is foolproof and viruses can mutate in sneaky and unexpected ways. By holding space for both of these truths, we can stay alert and prevent future pandemics without living in fear.