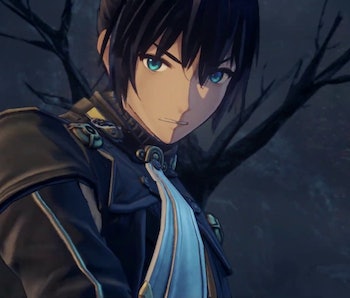 Each Xenoblade Chronicles game is an epic adventure in its own right, and you don’t necessarily need to have played previous games in order to jump into newer ones. However, while the stories stand alone, the Xenoblade games are actually connected in some pretty massive ways.

The worlds of Xenoblade Chronicles 1 and 2 have fused

The first hint we received about the worlds of Xenoblade Chronicles 1 and 2 fusing lies in the main piece of cover art for the game itself. It’s a combination of the cover art from the first two games, with the sword of the Mechonis from XC1 stabbed into the corpse of the Uraya Titan from XC2. To explain a bit of how this happened we have to look back to the end of XC2, which explains the two different worlds.

In the distant past, a brilliant scientist named Klaus had become disillusioned with humanity, due to the ruin they’d brought upon the planet Earth. Klaus discovered a mysterious object called the Conduit that could open pathways to other dimensions, and he decided to use the object to create a new future for humanity, one that he could control. As he started his plan with the Conduit, things went wrong, and half of his body was sucked into a new universe. There his half was reborn as a godlike being called Zanza, which became the soul of the Bionis in Xenoblade Chronicles 1. The other half of his body became the Architect, who decided to rebuild Earth into the world of Alrest seen in Xenoblade Chronicles 2.

While both games have their own story arcs, they both see the creation of a “new” world that the inhabitants live in. In XC1, Shulk asks Alvin to recreate the world into one without gods. In XC2, the Architect uses the last of his power to create a new world where all the Titans fuse into one landmass. Fans think one particular scene in the trailer shows the two worlds fusing, essentially showing the world of XC1 colliding into the Earth featured in XC2.

Now, of course, the real question is what happens to this new world, and where are all the major characters like Shulk and Rex? The Twitter user XC_Gallego has a fantastic thread breaking down some of the details in the new trailer, and how they could be connected, but we’ll go over two major characters that are returning as well as a couple of other interesting details.

Although they wear masks in the first two trailers, the characters above are clearly Melia from XC1 and Nia from XC2. It’s not exactly clear how much time has passed since the end of the two previous games and the start of the new ones, but both Melia and Nia could be alive no matter how long it might be. Other characters in the trailer show that the High Entia race plays a prominent role in XC3, and they live roughly three to four centuries. At the same time, Nia is a Flesh Eater, a special kind of Blade that’s taken on human cells, which means she’s essentially immortal.

The interesting thing is that these two characters seem to be hunting the main party, who seem to be part of an organization called Ouroboros. One line in the trailer has Melia and Nia saying “Ouroboros abhor this world, so they must be erased without a trace.”

While there aren’t any other returning characters that we’ve seen so far, there are a few other interesting details. The Ouroboros feature that has two characters fusing into one is incredibly similar to how Pyra and Mythra fuse at the end of XC 2 to create Pneuma.

Another scene shows the main party looking like shadows specters. These look almost exactly like the Phantasm bosses fought in the Vault of Heroes in XC2, who were actually dark apparitions of Adam.

There are already more than enough hints to know that Xenoblade Chronicles 3 will draw extensively from the series’ past. Still, we likely won’t know how everything really connects until the game is out in the wild.

More like this
Gaming
Jan. 31, 2023
Fire Emblem Needs To Steal a Winning Strategy From the Yakuza Games
By Hayes Madsen
Gaming
9 hours ago
Bayonetta Origins Has a Storytelling Gimmick More Games Should Steal
By Willa Rowe
Gaming
Jan. 31, 2023
The 8 Essential Fire Emblem Engage Characters You Need in Your Party
By Robin Bea
LEARN SOMETHING NEW EVERY DAY.
Related Tags
Share: