“We're not trying to make the most beautiful game ever.” 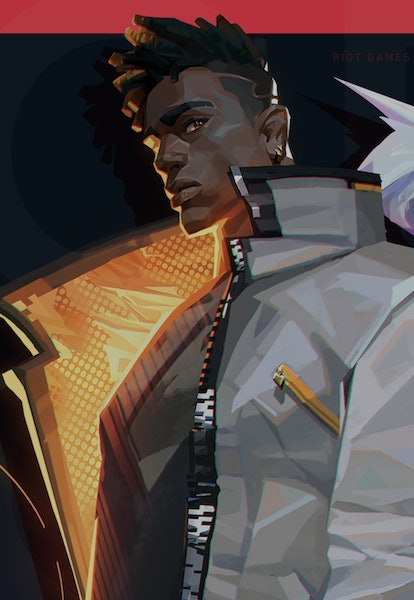 The art style of Valorant, the incredibly popular multiplayer shooter, is defined by clean lines, tidy gradients, and pleasing angles.

These choices comprise an aesthetic that's come to define a flourishing genre of online games intended for a global audience who all experience this utterly modern art form different canvases, from high-powered gaming PCs with gigabit speeds, to mobile phones in rural areas. It's part of a strategy to emulate the success of Riot’s phenomenally popular League of Legends.

Ensuring that lighting, character models, weapons, and skills were clear no matter what hardware Valorant was being played on is critical, Francke told me in a recent interview.

The decisions about Valorant sum up a question that really could only be posed over the last several years. Only as internet speeds and cellular service became able to support a streaming first-person shooter video game, and only as online payments became trusted enough to evolve into micro-transactions, could the question of technologically accessible art arise.

"Valorant has to run in the favelas in Brazil.”

“We're not trying to make the most beautiful game ever, we're trying to make an accessible game that everybody can play,” he tells Inverse. “Valorant has to run in the favelas in Brazil. We're trying to come up with those art styles that might not be the savviest graphics-wise, but at the end of the day, are fair to everyone.”

That desire for inclusivity, along with the logistics of the gameplay — Valorant characters routinely perform unnatural jumping and crouching animations — led Riot Games to a more stylized aesthetic.

“You want to make an interesting, immersive world that people enjoy coming back to,” he explains. “You flourish it with interesting elements, signage, graffiti, materials, architectural styles, and themes. That also helps the characters have that thematic cohesion and you know what a character does when you see it.”

While early iterations of Valorant had a more realistic look, Francke wanted the art to complement but not overshadow the gameplay, prompting the shift to a simpler and more vibrant style. Even then, some especially wild ideas had to be toned down, like Raze being a strong guy named Clay with a robotic arm, or Sage being named Thorn because her body was covered in thorns.

A tight development timeframe also necessitated a simpler approach to Valorant’s art design. While the game was in the works for four years before Francke joined the project, he says the team completely rebooted the visuals roughly two years before the game shipped in 2020 to create a “concrete foundation” to build on.

At launch, the art team knew they “didn’t have to get it to 100 percent right” because Valorant was a live-service title, meaning ongoing updates were always part of the plan.

The tight development timeframe is also the main reason the game still doesn’t have any character skins. Francke says Riot is actively researching what is needed to add character skins but pointed out that there are limits to how much the characters’ look and silhouettes can actually change.

Fortunately, Riot Games will have plenty of time to do that as Valorant has already proven itself to be a massive success and it’s a game they plan to support for many years to come. Francke designed the art to be just as enjoyable to look at in 2035 as it is in 2020.

“The cool thing about Valorant is that we can change a character’s clothing and accessories at some point,” he says. “We can eventually make them look more modern and fit the time period of 2035 when we get there.

"We can upgrade without ripping the soul out of the character. The fundamentals of Valorant are kind set in stone as far as the angularity of characters, the graphic approach.”

As much as the team behind Valorant is eager to replicate the success of League of Legends, they’re also eager to distinguish the game as its own unique IP. “If Riot is only going to do League of Legends products, there's a level of burnout that happens. We need to diversify, and it’s important to have other IPs and genres.”

He praises his former colleagues at Valve for doing this with games like Half-Life 2, Counter-Strike, and Team Fortress 2 and indicates Riot Games is taking a similar approach now. “I'm very happy that we were able to not do a League of Legends-themed tactical shooter,” he says.

It’s good that the developers didn’t go down that route either, as League of Legends is already getting a ton of spin-offs, including the turn-based RPG Ruined King, an action-platformer named Conv/rgence, and even a simulation game, League of Legends eSports Manager. Valorant has the legs to support that as well if the team behind the franchise wants to expand past this first-person shooter.

The accessibility and timelessness of Valorant's art plays a big part in that too. “If you build games with solid intentions, it can just keep going and be adjusted for future endeavors.”