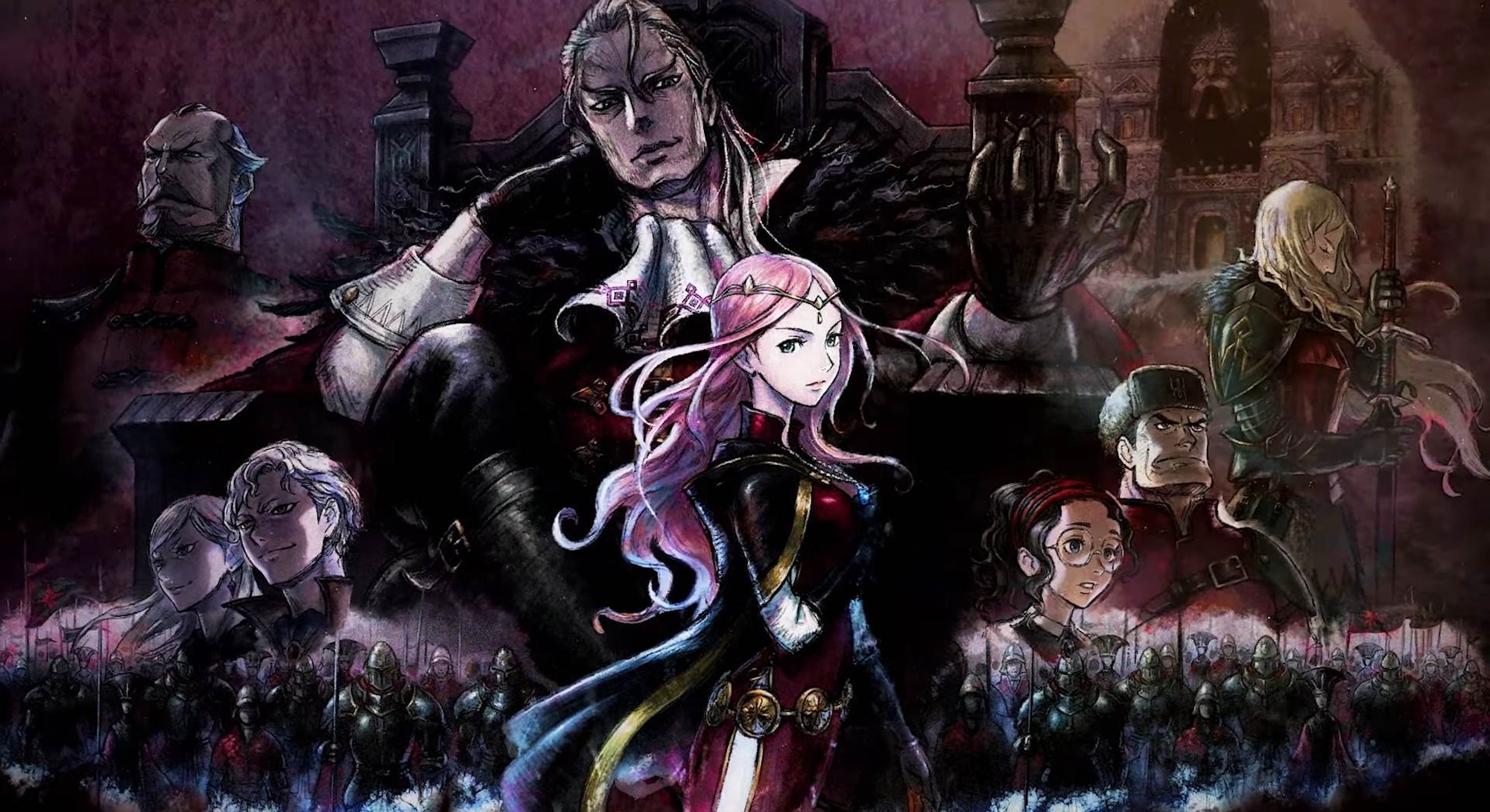 Is the name Triangle Strategy kind of strange?

It’s a question that we’ve all been wondering since before developer and publisher Square Enix confirmed the final title during a September 2021 Nintendo Direct. Producer Tomoya Asano has been asking himself, and us, the same question.

“Is the name Triangle Strategy not really unique, but kind of weird?” he asks us at the tail end of an interview about the game’s development. Asano tells Inverse that including “Project” was a way for developers to hedge their bets and create “a little bit of room to be able to change the name” should fan reception be too negative. But for one reason or another, the name stuck. Based on generally positive review scores, Triangle Strategy will soon join Bravely Default and Octopath Traveler in Square Enix’s growing lineup of retro-style RPGs with “weird” names.

Square Enix’s Team Asano developed all three titles and is therefore responsible for the growing popularity of HD-2D video games in the publisher’s lineup. The trend really blew up with Octopath Traveler in 2018 and continues with Triangle Strategy, but also an upcoming remake of Live A Live, an RPG previously only available in Japan.

Ahead of Triangle Strategy’s release on March 4, Inverse spoke with Asano and fellow producer Yasuaki Arai about the game’s development, how they settled on Triangle Strategy as the name, and their potential hopes for more HD-2D Square Enix remakes like Live A Live in the future.

Where did the idea for Triangle Strategy come from?

Asano: We learned through Octopath Traveler that there were many people anticipating games that were like an HD-2D Final Fantasy Tactics like a tactical strategy game.

For standard RPGs, there's an event, you go into a dungeon, you fight a bunch of monsters, and go back to the beginning. But that game cycle has limitations when you're trying to tell a more mature story. We thought the story of this game would fit better as an SRPG.

Why do you think the tactical RPG genre has seen this big resurgence in recent years?

Asano: I think when people think of tactics RPGs from Square Enix, they think of games like Final Fantasy Tactics. We really put a lot of thought into this story and wanted to make sure that the older players have a lot of fun and are satisfied, and to make sure that it's not too complicated. We wanted the story and gameplay to be easy to follow.

Was a more job-based system like in Final Fantasy ever considered instead of Triangle Strategy’s unique characters?

Arai: We thought of that since audiences of Square Enix tactics games would expect it, but we decided against it because this game will be suitable for current gamers who have a lot of entertainment options like Netflix or other big game titles.

We have to think about a game system that would be easy to understand and the same for the characters and the setting. We decided to make the characters as original as possible so that in the storyline, players can understand, “Oh this character is an attacker or this one is a healer.” In the narrative, those characters say aggressive things or focus on supporting and helping people, respectively.

There's a lot of emphasis put on choice. How much story variation is there based on the choices that you make?

Asano: Based on what choices the player makes, the story can go in completely different directions. We really thought about how the players can enjoy making these decisions and how the choices can become fun branches, like, “I made this choice so I'm in this fun storyline right now.” But no one choice is going to completely change a player’s experience.

There are some decisions where the player might assume it’ll cause a big difference in the story afterward, but one choice is not going to completely change the story. It's more of making a series of decisions to naturally end up where you’re going.

Are there any classic Square Enix games that you would want to see remade in this HD-2D style?

Asano: I played a lot of Square Enix games when I was a child, around the Famicom and Super Famicom era. I don't really have one specific game that I lean strongly toward, because I like them all.

It was great to see the reactions based on Live A Live, the HD-2D remake. Especially because this was the first time that it’s being released outside of Japan. We were excited to see what kind of reactions people had. We really do want to continue to monitor what kind of games get great reactions. Maybe what kind of games haven't been released outside of Japan? There are a lot of factors that we're going to be looking into when determining what games we’re going to remake as a team.

Arai: Hmm, my answer to your question is maybe my dream has already come true since my dream title is Live A Live. Before I joined the Asana team, I even tried to pitch a remake of Live A Live with Tokita-san [Takashi Tokita], who is the producer and creator. At that time I couldn’t make that project, so I kind of regretted that. But since HD-2D games are really welcomed by Western audiences as well, we could finally remake Live A Live.

This game was announced as Project Triangle Strategy, so most of us assumed the final title would be different. How did you settle on a name?

Asano: We usually put a lot of thought into determining the game's titles. One of the things that we make sure that we think about is if the player can imagine what kind of game it is based on the title. When you look at Triangle Strategy, a triangle is three angles, and then “strategy.” So it's a strategy game that you play from three angles. Octopath Traveler is also named kind of from that perspective: Octo is the eight paths that you're traveling.

We wanted to see what the reactions would be like behind “Project Triangle Strategy.” So having “Project” at the start of the name would give us a little bit of room to be able to change the name, but it ended up resonating with the audience, so we thought we’d keep the Triangle Strategy name.

But I actually have a question for you. Is the name Triangle Strategy not really unique, but kind of weird? [laughs]

Um, I'd say it's a little weird, but in a good way. It’s definitely unique.

Asano: [laughs] Thank you. Another process that we go through when naming games is there's a native English speaker on our team. So I talk to them when we're naming the title, and one of the points we talk about is if the name is as weird or unique as Bravely Default and Octopath Traveler.