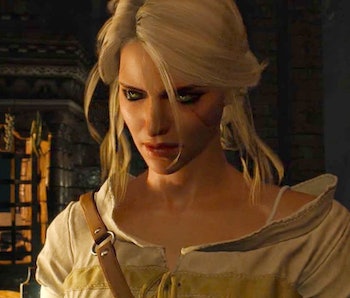 With the highly anticipated Cyberpunk 2077 on the horizon and scheduled for a September release, developer CD Projekt Red has already begun teasing its next project, and it's one that should have fans of The Witcher trilogy excited. It's more or less The Witcher 4, except you can't really call it that for one major reason.

CD Projekt Red President Adam Kiciński confirmed to investors and press during a Wednesday presentation that the studio's next game would be set in the universe of The Witcher, but it probably won't be The Witcher 4 that most fans might be expecting.

"We've been working on a next single-player game already, creating a clear concept that waits for further development," he said, confirming that it'll be the studio's focus after Cyberpunk 2077. "I already said there will be no Witcher 4. I clearly said that Witcher was a trilogy. Simultaneously, we've always emphasized that we want to create Witcher games and the agreement with Mr. Sapkowski confirmed our rights."

Even though it will be "embedded in The Witcher universe," as reported by Eurogamer, this next entry in the franchise will be some kind of spin-off that might kick-off a new trilogy.

CD Projekt Red plans to jumpstart development of this game after Cyberpunk 2077 is released in September, and even then it will start with the smallest team in the studio as the rest of CD Projekt Red's developers focus on updating Cyberpunk 2077 and creating its online mode.

Even though Kiciński made it clear that the project was still several years off, he confirmed that a clear concept for the game exists, which is why CD Projekt Red already knows the game won't be called The Witcher 4. It will, however, still be a single-player experience that will probably resemble the other Witcher games a great deal. It might even take place after the plot of the trilogy and involve similar characters, but as the trilogy was Geralt's story, don't expect him to star in future games.

In most versions of the open-ended finale to The Witcher 3, Geralt of Rivia retires to focus more on romance and wine than slaying monsters, and everyone involved with making the game has indicated his story is complete. There's no definitive canonical indication of what happens next, but it's possible that future installments in the franchise could focus on Ciri instead or a brand new character entirely. (This remains pure speculation.)

While CD Projekt Red has teased previously that the studio might alternate between The Witcher and Cyberpunk franchises moving forward, Kiciński's comments cement such plans. Whatever this new game is called, it will likely be released for PC, PS5, and Xbox Series X as it is still several years off. Series X support for Cyberpunk 2077 has already been confirmed, so there's really no point for any studio to actively develop a AAA game unless it's for next-gen consoles.

CD Projekt Red's renewed embrace with The Witcher comes after a very successful year for the franchise. Netflix's The Witcher released in December and still managed to become one of the streaming service's most popular shows of the year. Sales of The Witcher 3: Wild Hunt reached new heights as well and CD Projekt Red re-upped its contract with The Witcher creator Andrzej Sapkowski after a long rights dispute.

Even though Geralt's story clearly ended in The Witcher 3: Wild Hunt, there is obviously still a lot more that the games can explore. Depending on which ending of Wild Hunt is cannon, Ciri may very well be alive and well as an empress or a Witcher, with Geralt retired. Because The Witcher game trilogy focused on Geralt, it makes sense that CD Projekt Red wouldn't want to call the next title The Witcher 4, but it may very well still star Ciri.

Kiciński also highlighted that CD Projekt Red does not have plans to create or adapt any new franchises at this time. While that is a bit disappointing, one can't knock CD Projekt Red when it is creating awesome looking games like The Witcher 3: Wild Hunt, Cyberpunk 2077, and Thronebreaker: The Witcher Tales. There was a long gap between Cyberpunk 2077's announcement and official unveiling though, so hopefully we won't have to wait as long as that to hear about this new The Witcher game for quite a while.