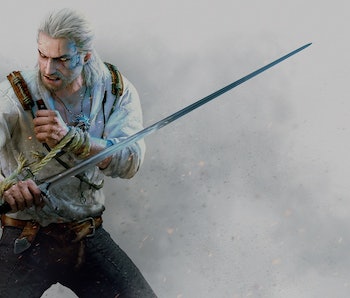 The Witcher franchise has found new life with Henry Cavill’s Netflix fantasy series. The show has reawakened a fan frenzy for CD Projekt Red’s The Witcher 3: Wild Hunt. The 2015 game had more concurrent players on Steam this past December than it did when it first game out. Gamers and fantasy buffs still want to battle mythical beasts with the story’s white-haired protagonist, Geralt of Rivia. But when can players expect to get their hands on The Witcher 4?

CDPR is currently putting the final touches on Cyberpunk 2077, a sprawling sci-fi RPG set for launch on April 16. The upcoming title will likely require all hands on deck as it enters the final phase of development. The Polish developer announced plans to release a AAA RPG in 2021 in a forum post from February 2019. CDPR hasn’t given any indication those plans have changed, but with only a year left, a brand-new installment of the iconic fantasy RPG seems like a very tall order.

Even so, there’s plenty of evidence that the developer intends to continue the franchise. CDPR recently negotiated a new deal with Andrzej Sapkowski, the novelist who wrote the original Witcher books.

When is the The Witcher 4 release date?

The Witcher 3 took CDPR more than three-and-a-half years and $81 million to develop. It was created on the company’s proprietary REDengine 3 game engine, which has since been upgraded to REDengine 4 for Cyberpunk 2077.

CDPR has yet to announce plans for a Witcher 4. But with a recently upgraded game engine, the team has the option to spend more time making new Witcher character models and writing a new story instead of handling logistics. Even so, a new Witcher game by 2021 seems extremely optimistic, unless CDPR soon reveals it has been working on the project alongside Cyberpunk 2077 all along.

What will The Witcher 4 be about?

The Witcher 4 most likely will not pick up where Witcher 3 left off, nor is it likely to be called The Witcher 4. CDPR co-founder Marcin Iwinski said the company doesn’t intend to expand on Geralt’s story any further in a 2017 investor call.

“The Witcher was designed as a trilogy, and a trilogy cannot have a fourth part, can it?” he said. “We like this world a lot. We invested 15 years of our lives in it, and a lot of money. We’ll think about [making a new Witcher game] at some point.”

In other words, it’s more likely we’ll see a prequel or a spinoff, instead of a fourth installment of Geralt’s story.

Will there be any returning characters in the The Witcher 4?

The Witcher 3 most likely won’t be the last time fans see Geralt. Executive producer John Mamais told Polygon the magic-wielding swordsman will likely return in future installments of the franchise. But he won’t be the story’s protagonist.

“We might even include Geralt in later games potentially,” he said. “We just need to talk about it and figure out what we’re going to do next.”

We’ll have to wait to find out more specifics about the sequel to determine whether Geralt will appear as a side character or just for a brief cameo.

What consoles could the The Witcher 4 be available on?

Since The Witcher 4 is expected by 2021 at the earliestm CDPR would release its potential title on the PlayStation 5 and Xbox Series X.

The Witcher 3 was also released for PC at launch, like every game it has ever released, so there’s nothing to suggest The Witcher 4 will be any different.

Nintendo ported The Witcher 3 to the Switch in October 2019, so there’s hope that CDPR’s future games will also be released for Nintendo consoles.

CD Projekt Red has not announced The Witcher 4 is in development.