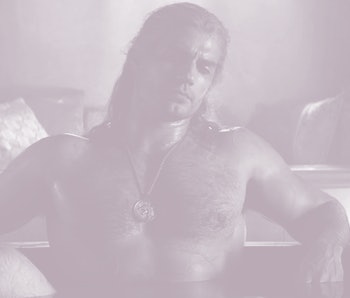 Contrary to popular belief, the titular hero from The Witcher, Geralt of Rivia, is not actually from the nation of Rivia. Confused? You're in luck. Thronebreaker, a video game set within the Witcher universe just hit the Nintendo Switch that helps explain how the White Wolf gets his full name — and his knighthood.

In one of the earliest scenes from the Netflix show, based on Polish author Andrzej Sapkowski's series of short stories and novels, Geralt speaks with a young girl in Blaviken named Marilka who keeps asking him all sorts of monster-related questions. Geralt responds with curt answers out of annoyance. When she asks where he's from, his one-word answer is just "Rivia." The series does little to contextualize this further beyond Geralt's strange accent, but everybody calls him "Geralt of Rivia."

All of that, however, is a bit of a lie.

Fans of the original stories know that Geralt merely adopted Rivia as his country of origin, and this strategy game that just released for the Switch, Thronebreaker: The Witcher Tales, explains how the "of Rivia" in Geralt's name becomes an official title. During the Second Nilfgaard War, Queen Meve knights him for acts of valor at the Battle for the Bridge on the Yaruga. "Of Rivia" becomes his official knightly title.

This fleshes out an important era in the Continent's history approximately four years after the most recent timeline of the show, but it's also one of the biggest moments in Geralt's life. For anyone who can't wait several years for the Netflix series to catch up to this momentous occasion, Thronebreaker chronicles it in vivid detail.

Before the battle, Geralt and his companions are trying to track down Ciri when they're caught in the middle of Nilfgaardian forces and Meve's troops. When trapped on a bridge with no choice but to rally Lyrian troops against the Nilfgaardian army, Geralt accidentally becomes the hero of the entire battle.

Thronebreaker is essentially the story-focused strategic roleplaying game originally conceived of as the single-player campaign meant to accompany Gwent: The Witcher Card Game. Originally released on the PC, PlayStation 4, and Xbox One in 2018, Thronebreaker was recently surprise-released for the Nintendo Switch January 28, leading to a newfound interest in the title.

Developed by CD Projekt Red, Thronebreaker: The Witcher Tales is a prequel to the first Witcher game, which also means it takes place several years after the events of the Netflix series. (The novels, video games, and TV show each exist in a distinct continuity, but there's a lot of interesting information that can be gleaned from one medium compared to the other, even if we can't consider every detail as canonical.) The player controls Queen Meve, the ruler of Lyria and Rivia, as she struggles to defend her land and people against invading Nilfgaardian armies. She commands her troops in a simplified adaptation of the Gwent card game, but the player also controls Meve as she navigates different environments and recruits allies.

Along the way, Geralt is one such ally in what's ultimately little more than a glorified cameo, but it remains an interesting piece of Witcher lore nonetheless. We just can't wait for the Netflix series to catch up to this moment in the Continent's history so we might see one of Geralt's greatest acts of heroism in live-action.

Thronebreaker: The Witcher Tales is now available on the Nintendo Switch.

More like this
Gaming
Sep. 11, 2022
You need to play the most important Mario spinoff of all time on Switch ASAP
By David Grossman
Gaming
15 hours ago
8 can't-miss hits in the Nintendo Switch blockbuster sale
By Joseph Yaden
Gaming
14 hours ago
Mario + Rabbids Sparks of Hope devs scrapped a time-manipulation mechanic
By Steven Asarch
Related Tags
Share: