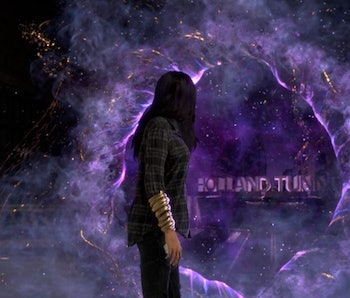 Tokyo Game Show is the biggest event of the year for fans of Japanese games.

Companies like Square Enix, Sega, SNK, and even Xbox all hold presentations highlighting their upcoming titles. Tokyo Game Show 2021 takes place digitally between September 30 and October 3, 2021 in Japan. This year’s show will feature news about games like Stranger of Paradise: Final Fantasy Origin and The King of Fighters XV.

For North American fans who want to tune into the event, getting a clear idea of when the most important showcases take place can be confusing. These are the schedules you need to keep in mind if you want to know what’s announced at TGS 2021.

Tokyo Game Show 2021 is a multi-day showcase that’s made up of several individual publishers' slots. It’s somewhat similar to how E3 2021 was structured this year, though it will mostly take place overnight in North America. (All times listed here will be converted to EDT).

How do I watch TGS 2021 presentations?

You will be able to watch many of these presentations through the Tokyo Game Show’s official YouTube channel. For bigger publishers like Square Enix and Xbox, the event will also be livestreamed through official channels. Due to the odd hours and the fact that many of these presentations will only be in Japanese, waiting for a next-day breakdown is a valid option in many cases.

When are Square Enix’s TGS 2021 showcases?

All of these streams will feature English subtitles. You can watch the Square Enix Presents stream below once it starts:

While Xbox struggles in Japan, Microsoft still plans to show up with a showcase at TGS 2021. It will take place at 5 a.m. Eastern on September 30 on their official channels.

Xbox is hedging expectations for this event. “Expect a celebration with our Asia community and locally relevant updates, though no new global debuts should be expected,” an Xbox Wire post about the event states. “Tune in to see the latest regionally relevant updates on previously announced games coming later this year.”

Several other publishers will be holding events over the course of TGS 2021, but they have all been vaguer with what their actual plans for the show are. Regardless, you might also want to tune into the following showcases:

Plenty of exciting trailers and announcements are in store, so keep an eye on this TGS if you’re a fan of games from Japanese studios.