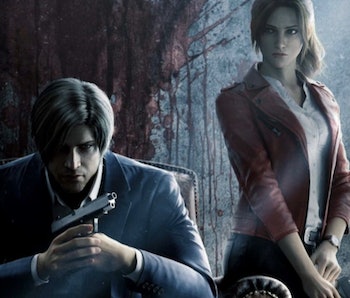 Resident Evil is coming to Netflix. The iconic horror series is getting a new media adaptation with Resident Evil: Infinite Darkness. The CG animated series is a new TV show set in the game’s universe. It features some familiar faces and tie-ins with some of the series’ most beloved games.

Fans won’t have to wait too long to catch it, either. The show drops on Netflix later this year and we already know quite a bit about it. Here’s everything we know so far, from its planned release date to all the gory story details.

What is Resident Evil: Infinite Darkness?

Resident Evil: Infinite Darkness is a new Netflix adaptation of the game franchise. It’s an anime series rather than a film. It features a CGI art style, unlike other Netflix game adaptations like Castlevania. In addition to crossing over with some events from the games, the show will get a graphic novel tie-in.

When is the Resident Evil: Infinite Darkness release date?

At the moment, it’s slated for a release in July 2021. It doesn’t have a firm date set, but fans can expect to watch it sometime in the middle of this summer. We assume that all of the episodes will drop at once like other Netflix shows, but the company has yet to confirm the launch strategy.

Is there a Resident Evil: Infinite Darkness trailer?

Netflix has given several glimpses of the show so far. Most recently, a trailer appeared during the April 2021 Resident Evil showcase. It gives a closer look at the game’s characters and setting.

There’s a suitably spooky teaser trailer for the show too, which looks much more like the games. It features the heroes walking around a dark house with flashlights drawn. There’s a big zombie jump scare in there, so it’s certainly sticking to the game’s roots.

What characters are in Resident Evil: Infinite Darkness?

The animated show stars some familiar faces for fans of the games. Leon S. Kennedy and Claire Redfield of Resident Evil 2 fame anchor the show. For those who enjoyed the voice acting in the game’s recent remake, here’s some good news: Stephanie Panisello and Nick Apostolides will be reprising their roles for the show. That should make it feel more connected to the games than your average adaptation.

What we currently know is that the show is set two years after the events of Resident Evil 4. The show features two intersecting storylines, not unlike Resident Evil 2. Leon S. Kennedy gets called to the White House to investigate a zombie attack. He eventually crosses paths with Claire Redfield, who’s on her own quest to figure out the meaning behind a child refugee’s strange drawing.

The show is considered canonical, so it’s an official continuation of the video game series. Those who want to know the full story of Resident Evil will have to check it out when it launches this July.

More like this
Gaming
16 hours ago
Ikumi Nakamura won E3. Now she wants to fix the games industry
By Jen Glennon
Gaming
8.15.2022 5:16 PM
You need to play the best vacation sim since Animal Crossing ASAP
By Hayes Madsen
Gaming
8.10.2022 4:29 PM
Everything you need to know about Splatoon 3
By Jess Reyes and Joseph Yaden
Related Tags
Share: