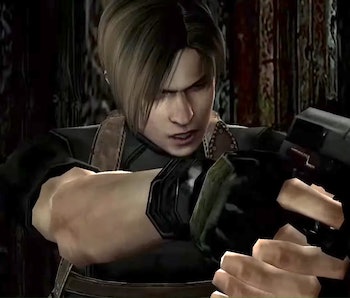 One of the most influential horror games of all time is coming to virtual reality. As the final announcement of April 2021’s Resident Evil Showcase, Capcom confirmed that the best-selling and critically acclaimed game Resident Evil 4 is getting ported to Oculus Quest 2. Oculus Studios then detailed the VR version of this classic during its Oculus Gaming Showcase on April 21, and we learned even more about the game in September 2021.

This first-person version of Resident Evil 4 looks to be the most significant overhaul of the game since it came to Wii. You probably have several questions about this bold transition to VR for a game that’s been ported even more than GTA V. Here’s everything we know about it so far about the latest in a long string of Resident Evil 4 ports.

When is the Resident Evil 4 VR release date?

Resident Evil 4 VR will be released on October 21, 2021. This date was revealed in September 2021 by IGN. A release just before Halloween seems like perfect timing for any horror game. At launch, the title will be an Oculus Quest 2 exclusive. It’s unknown if it will come to other VR platforms in the future, though Oculus publishes it, so it probably won’t come to PlayStation VR.

Is there a Resident Evil 4 VR trailer?

A new trailer for Resident Evil 4 VR was released by Oculus and IGN in September 2021. It’s a gameplay trailer that showcases many iconic moments from the classic horror game, demonstrating how the combat and puzzles were reimagined for VR. Check it out below:

That trailer is pretty brief, though. If you want a broader overview of the game, you should check out its segment from the April 21, 2021 Oculus Gaming Showcase below:

During that segment, Oculus’ Ruth Bram reveals more about how the game was ported. The whole game now plays out from a first-person perspective, and players will now be able to interact with objects and weapons in the environment. This means you can now dual-wield weapons!

You can also grab weapons off your body now, though the iconic storage menu from the original is still in the game. The game’s audio has also been reworked so players can better understand where enemies are coming from. The game will let players choose whether they want to use an analog stick or teleport to combat motion sickness.

While Oculus stresses that this version of the game is incredibly faithful to the original (it even keeps the cutscenes in their original format), it also serves as an Unreal Engine 4 remaster of the game. While character animations remain the same, Armature boasts that 4,500 textures have been modified to look better from an up-close, first-person perspective.

Who is the Resident Evil 4 VR developer?

During April 2021’s Resident Evil Showcase, Oculus confirmed the developers of this VR project. It’s not being handled in-house by the Capcom teams worked on mainline Resident Evil games and their remakes. Instead, Capcom is working with Armature Studios and Oculus Studios to bring Resident Evil 4 VR to life.

Armature is mainly a support studio but has worked on original games like Xbox One exclusive Recore, and Oculus VR games Fail Factory! and Sports Scramble. As Oculus Studios is the publisher, we can expect this game to stay exclusive to the Oculus Quest 2. If you’re looking for a Resident Evil game on PS VR, we recommend Resident Evil 7.

While Armature Studios has recreated the game in Unreal Engine 4 for VR, this isn’t the rumored Resident Evil 4 remake. Reports of that remake first emerged in 2020 around the release of the Resident Evil 3 remake. M2 and Capcom are developing that remake. It’s reportedly run into development issues but is still on the way.

The announcement of Resident Evil 4 VR might temporarily confuse you, but this is an entirely different project intended for a more niche VR audience. DuskGolem, who initially leaked the Resident Evil 4 remake, has confirmed that this VR game is a separate project on Twitter.

If you can’t wait for that remake, then you might want to give this VR version of Resident Evil 4 a shot.

Resident Evil 4 VR is in development for Oculus Quest 2.

This article was originally published on April 16, 2021